There is much more to this win than meets the eye.

There are many positives to take out of this game, none so more than Johnny Sexton's and Conor Murray's performances.

Arguably the greatest half-back pairing in the world, the duo reacquainted themselves with one another, as their tactical kicking, uncompromising defence and all-round leadership guided Ireland to a vital victory.

With this win, Ireland can now look forward to facing Wales in the Principality Stadium in under two weeks time, a side who will be determined to get a win after suffering a disappointing 29-13 defeat to Scotland at Murrayfield.

However, there is also another reason to be happy about Ireland's win today.

Going into this game, Ireland were ranked fourth in the world, according to the latest rankings from World Rugby. 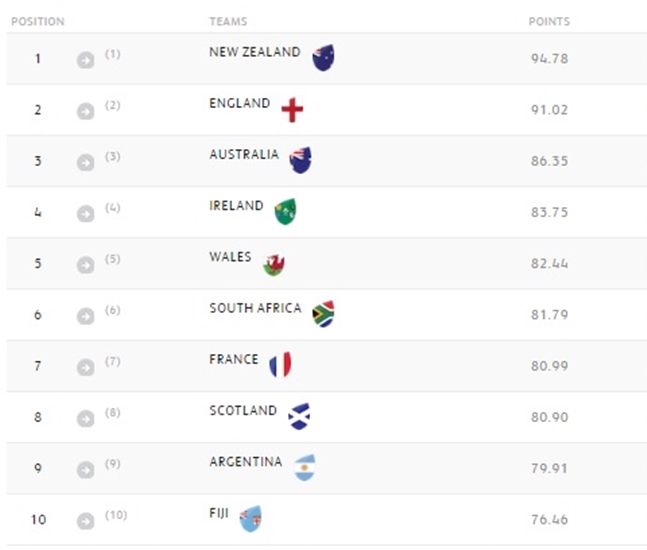 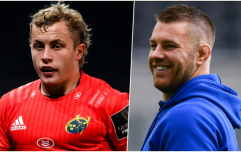 END_OF_DOCUMENT_TOKEN_TO_BE_REPLACED

Joe Schmidt's side were under huge pressure from Wales in particular, with regards to holding on to that position.

The relevance of all this, is that, if Ireland remain in the top four of the world rankings, they will be among the top seeds for the World Cup draw which is set to be made in May.

In the 2015 World Cup, Ireland were second seeds, with France being the first seed in Ireland's group.

With Wales' loss today and Scotland likely to lose against England in two weeks time, Ireland look set to remain in this coveted position as you can see below.

And this would be a huge boost for Ireland as they look to build for what is likely to be a memorable World Cup in Japan in two years time.


popular
The SportsJOE 12 o'clock quiz | Day 294
"If Munster hadn't given him a contract, I'd say Leinster would have gone after him"
QUIZ: Name the missing player from the All-Ireland final team sheets
Conor McGregor wants immediate Dustin Poirier rematch, for UFC title
QUIZ: Name every Chelsea manager hired by Roman Abramovich
Anton Ferdinand calls for less talk, more action as Man United players racially abused
The SportsJOE 12 o'clock quiz | Day 293
You may also like
1 day ago
Johnny Sexton eases injury fears ahead of Six Nations opener
3 days ago
Ireland's best XV to face Wales after 2021 Six Nations squad calls
3 days ago
John Cooney the latest Ulster face not to fit in Ireland's set-up
4 days ago
Three players locked in Ireland jerseys after Thomond Park trial
4 days ago
Two uncapped Munster players backed for Ireland's 2021 Guinness Six Nations squad
1 week ago
"That was the one game that I cried after" - Mike McCarthy
Next Page