When Joe Schmidt took over from Declan Kidney, in 2013, he inherited a team ranked 8th in the world.

Andy Farrell won't have it quite so bad, but there is serious work to be done.

Les Kiss took Ireland on a tour of North America, that summer, but the wins over lower ranked USA and Canada did not improve Ireland's rankings. Schmidt lost two of his first two Test matches - including that 24-22 heartbreak against the All Blacks - but the climb began soon after.

END_OF_DOCUMENT_TOKEN_TO_BE_REPLACED

Ireland won the 2014 and 2015 Six Nations and for there-on out have occupied the top five and they diced with New Zealand for top spot in 2018 after winning the Guinness Six Nations Grand Slam, winning a tour to Australia and defeating the All Blacks in Dublin.

A faltering Six Nations title defence saw Ireland slip to third heading into the World Cup warm-up games and drop further, to fourth, when England brutalised them at Twickenham. 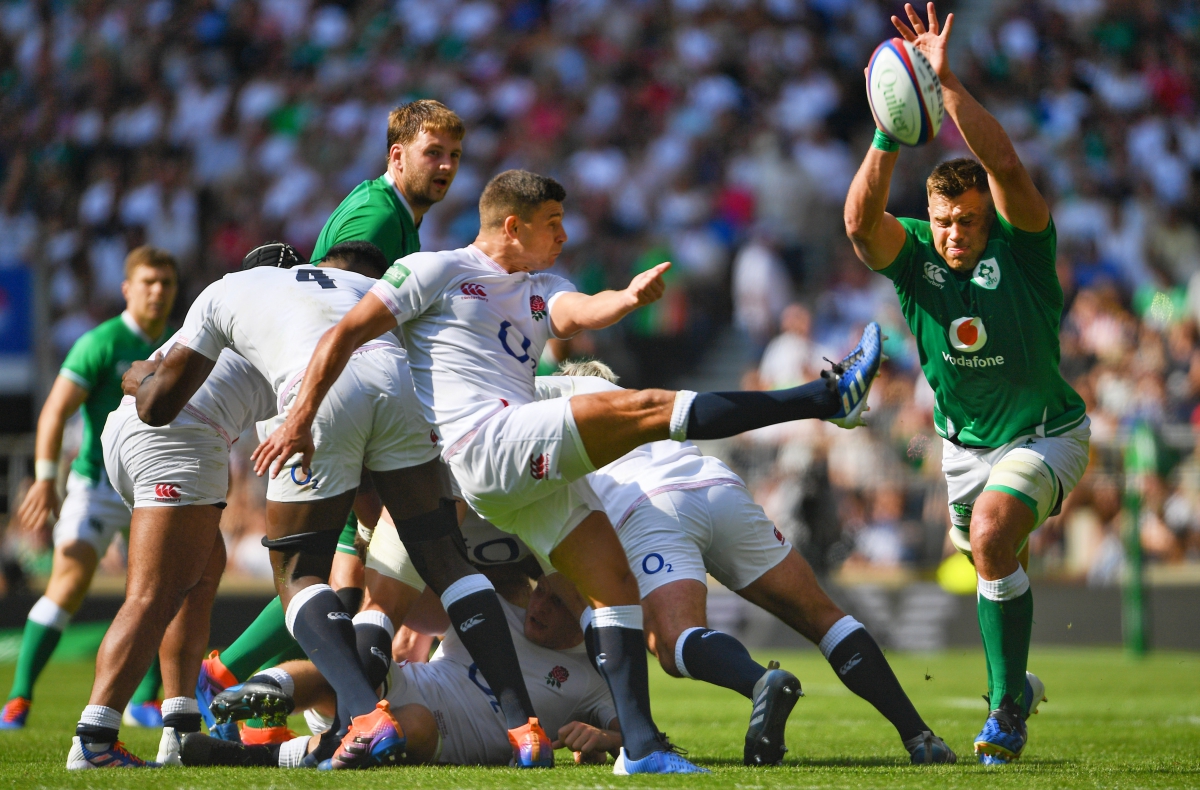 Victories over 2019 Grand Slam champions Wales saw Ireland reach the rankings summit and go into the World Cup as the No.1 ranked side. It is a mantle that means little when the Webb Ellis trophy is in sight, but it must also be listed with Joe Schmidt's many achievements.

END_OF_DOCUMENT_TOKEN_TO_BE_REPLACED

World Rugby have wisely opted against updated their rankings throughout the tournament as it would be a needless distraction. However, now that we have reached the semi-final stages, the top four in the world have been confirmed, and in more ways than one.

With South Africa winning four games in Japan, to go with their Rugby Championship triumph during the summer, and Wales, England and New Zealand all on winning streaks, those four teams will finish 1, 2, 3 and 4 in the world no matter what happens over the next fortnight.

The only thing left to decide is who takes the trophy and, with it, the rankings spoils.

Ireland have dropped from No.1 to No.5 in the space of five weeks and that is where they will begin 2020. 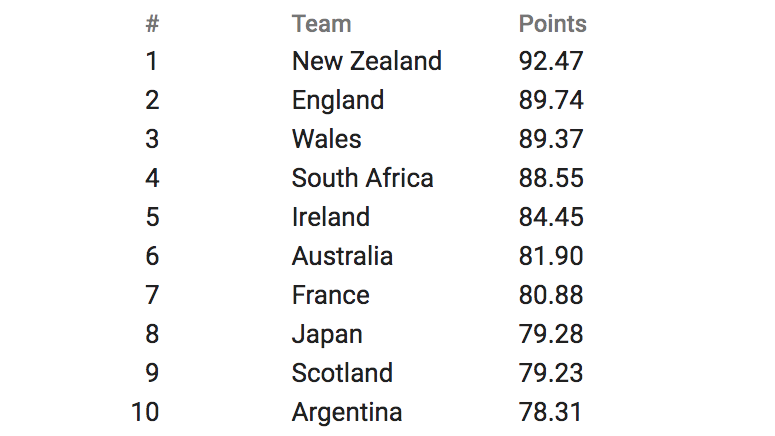 END_OF_DOCUMENT_TOKEN_TO_BE_REPLACED

New Ireland head coach Andy Farrell will take charge of his fifth ranked Ireland side on February 1, in the 2020 Guinness Six Nations, when the ninth ranked Scots come to Dublin.

A look at those current rankings see Japan now ensconced in the top eight sides in the world and Ireland leading the best of the rest.

It was not where we wanted to be, certainly not after the highs of 2018, but this is the reality facing Andy Farrell and his new coaching staff.