"There must be around 50 back rows in Ireland, and all in good form. Madness."

That was the chat, on Sunday evening, between one current Ireland international and two men that both donned the green jersey during their playing careers.

Jack McGrath was in for Baz & Andrew's House of Rugby and he brought home-made biltong as a present to Barry Murphy and Andrew Trimble for having him around for the chats. 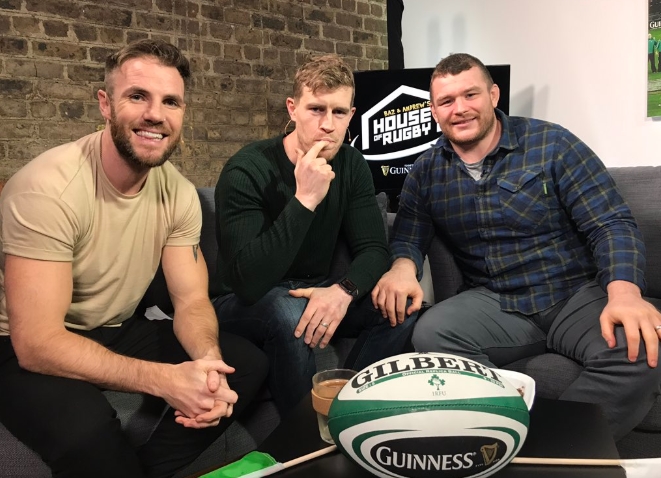 In amongst talk of Jasper Carrot, Twitter blue ticks and pre-match pancakes (on Thursdays, of course), there was some rugby covered. McGrath believes this Ireland team should not be shy about saying they want another Grand Slam secured before they turn focus to the World Cup.

When the cameras stopped rolling, McGrath hung around to talk some more and he was content to confirm that Conor O'Brien - Leinster's man of the match in the weekend win over Ulster - was every bit as impressive in training as he was on match-day.

O'Brien is one of 12 centres in contention for a place in Joe Schmidt's extended Six Nations squad, which will be named later this month. Chris Farrell may soon be moved off that list of a dozen names but, should you want an experienced head to take his place, Darren Cave (11 caps) is tipping along well for Ulster.

The back row, as alluded to by the lads, is ridiculously stacked. There is no firm date on Sean O'Brien's latest comeback but, being conservative, Joe Schmidt has 12 quality options. Props and locks are plentiful, there is a queue of eligible No.9s should Conor Murray falter and Johnny Sexton has some capable deputies in the form of Joey Carbery and Ross Byrne, with Jack Carty emerging as an option due to recent form. At fullback, Jordan Larmour, Will Addison and Andrew Conway are all options if Schmidt wants to rest up Rob Kearney at any stage.

END_OF_DOCUMENT_TOKEN_TO_BE_REPLACED

There are only two areas where Ireland are close to being stretched and it could go some way to explaining why Cian Kelleher is returning to Leinster, from Connacht, next summer. Ireland are reliant on thirtysomethings Rory Best and Sean Cronin at hooker while their wing options are not as bountiful as other departments. 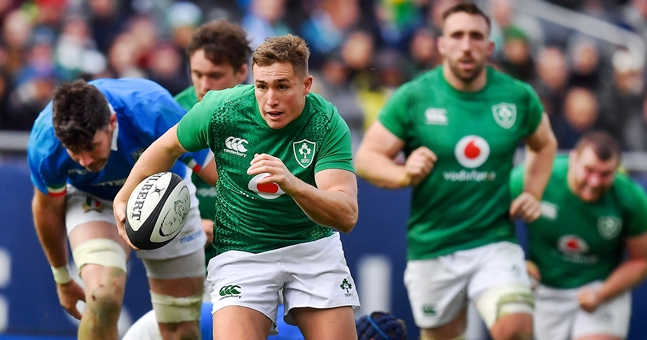 Were Schmidt to select his Six Nations squad (he named 36 last January) these are the wingers we would expect him to include:

Both Larmour and Conway are versatile and can cover all back three positions. Go beyond those four and you are dealing with hopefuls more so than certainties - Adam Byrne would be our pick for next in line, ahead of Darren Sweetnam, Rory O'Loughlin, Kelleher, Barry Daly, Dave Kearney, Craig Gilroy and (in case of extreme emergency) Simon Zebo. Fergus McFadden has a long-term injury.

Indeed, since June 2016, Schmidt has handed debuts to eight wingers (Sam Arnold played on the wing against the USA but is a centre) who have amassed 36 Test appearances. The most successful have been Stockdale (13 caps) and Conway (10) with Larmour (9) making a real impact in 2018.

The search is not over and, heavens forbid an injury to Stockdale or Earls in the next 10 months, Ireland could be stretched here.

One interesting option could be to deploy Ulster's Will Addison on either wing if needs be. Centre and fullback - positions he excels in - look well covered and Addison has covered wing before, for Sale and for Ireland. 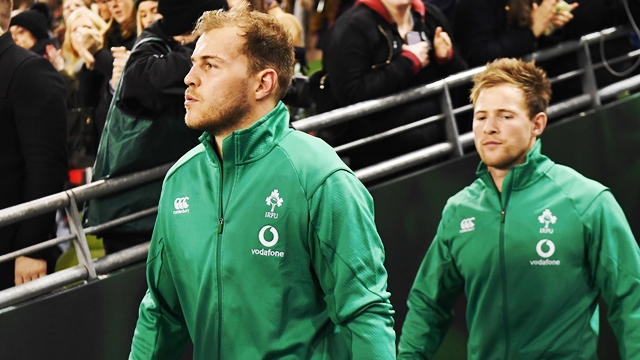 Leinster must see enough in Kelleher to be bringing him back for 2019/20. Like Fionn Carr before him, if Kelleher can tighten his defensive game while not losing too much in attack, there is hope that he can prosper.

James Lowe would surely be an option once he becomes Ireland qualified but that won't happen until 2020. As for hookers, Rhys Marshall (out injured at present) is another highly-rated Kiwi but he is not qualified until November 2019.

Niall Scannell, should he get a consistent, injury-free stretch, is best set to challenge 32-year-old Cronin and 35-year-old Best as hooker. After that, we have Rob Herring, James Tracy and Dave Heffernan. Not quite as stacked.


popular
Shane Walsh provides one of the all-time great captain speeches as Tullaroan take a thriller
UFC 246 main card loses big fight after weigh-in fiasco
UFC star Donald Cerrone is missing half his intestines due to an accident
"I probably should, but I don't think I will" - Cerrone vows to stand and scrap
Conor McGregor prepared to risk it all on next fight
This was the incredible weight difference between Conor McGregor and Nate Diaz at UFC 196
"You don't want to change a winning formula" - Maher and McCormack the key for Borris-Ileigh
You may also like
3 days ago
Farrell names 5 new caps and Sexton captain in Six Nations squad
3 days ago
Baz & Andrew's House of Rugby - Munster on the ropes
3 days ago
Six Leinster players that could benefit from a provincial switch
4 days ago
Six uncapped players expected in Ireland's Six Nations squad
6 days ago
Max Deegan makes Six Nations statement as Leinster crush Lyon
1 week ago
"If McCloskey's gonna be in the mix, he's gotta be in the mix now"
Next Page