Well that was a tough watch.

England U20s might have flattered to deceive in the Six Nations but they emphatically delivered in the U20 World Rugby Championships final. 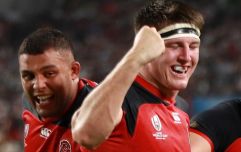 END_OF_DOCUMENT_TOKEN_TO_BE_REPLACED

Ireland were hoping to make history by winning their first ever U20 World Championship but those books will now read as it was, a one-sided annihilation by the hosts. Here's how we rated Nigel Carolan's Wolfpuppies:

Our best player by far. Sat an Englishman down in an early exchange and delivered some crunching hits. Always dangerous with ball in hand and lit the final up with a stunning counter and assist for Daly's try.

Was nowhere near brave enough to prevent Joe Marchant's second try but tried to remedy that blip in the final minutes.

Left for dead for Harry Mallinder's first try. Missed a couple of crucial tackles on his inside shoulder.

Made some forceful tackles in the early stages but England kept coming. Kept up with Stockdale and finished off his break for his second try in successive games. 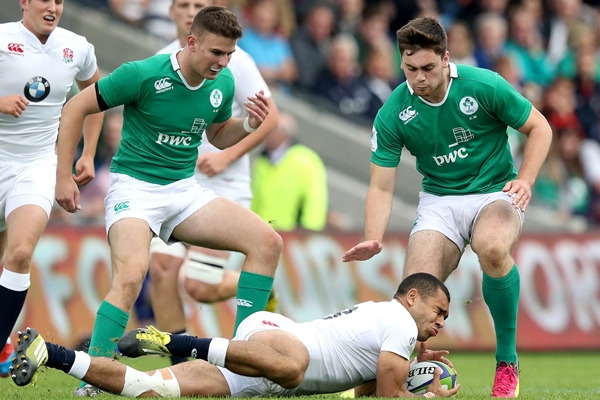 Bobbed, weaved and surged, even when the English were ripping his shorts off. Shame that his best move of the game, a line break, led to a turnover and try. 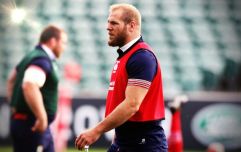 END_OF_DOCUMENT_TOKEN_TO_BE_REPLACED

Should have passed to Stockdale for a simple try, moments before Adam McBurney got over. Made yards as Ireland fought for pride, and scores.

Was so impressive against Argentina, so harried and flustered here. Kicked out on the full near the start and was bounced in the lead-up to Huw Taylor's try.

Wasn't given a second to think or a moment to breathe. Missed tackle as Taylor breezed over for a try. Sin-binned on 60 minutes to scupper any fanciful comeback thoughts.

Arrived at the final with a big reputation but was part of a front row that was battered and slung around. Looked shook but tried to make amends away from the set-piece. Good drive in the final minute helped set up Deegan.

Another that was given a torrid time by the English pack. A couple of decent carries and he barrelled over for a try.

England tore into the Munster prop and duly profited. Targeted in broken play too.

The game passed him by somewhat. Competed well in a couple of rucks.

Tried to stem the tide and sometimes made big impacts that were not backed up by teammates. Early lineout steal but was rattled making a tackle soon after. It will be no surprise to hear he was

Not the only Irish player to have been overrun by the white tide. Had a fine tournament but bypassed today.

Missed tackle on Marchant set a worrying tone for player and team. Called ball on himself but struggled to get his team on the front foot.

England were zeroed in on the dangerman from the very first minute. Stole an English lineout and made a big tackle on Johnny Williams but that was as good as it got. Getting turned over within spitting distance of the English posts summed up a frustrating day. Kept going until the very end and was rewarded with a consolation try.