The game is afoot.

Andy Farrell got off to a winning start in the Guinness Six Nations opener against Scotland. Keeping up with his earlier than usual announcements, Farrell today named his Ireland team to face Wales in their next outing.

There are two changes to the starting XV from the 19-12 victory over the Scots. Peter O'Mahony replaces Caelan Doris, who was concussed on Saturday, in the back row with CJ Stander shifting to No.8 from the start.

Robbie Hemshaw starts at 13 in place of the injured Garry Ringrose. On the bench, Keith Earls and Max Deegan are elevated and Dave Kilcoyne is named but may yet be replaced by Jack McGrath if he does not hit all the Return To Play protocol markers. 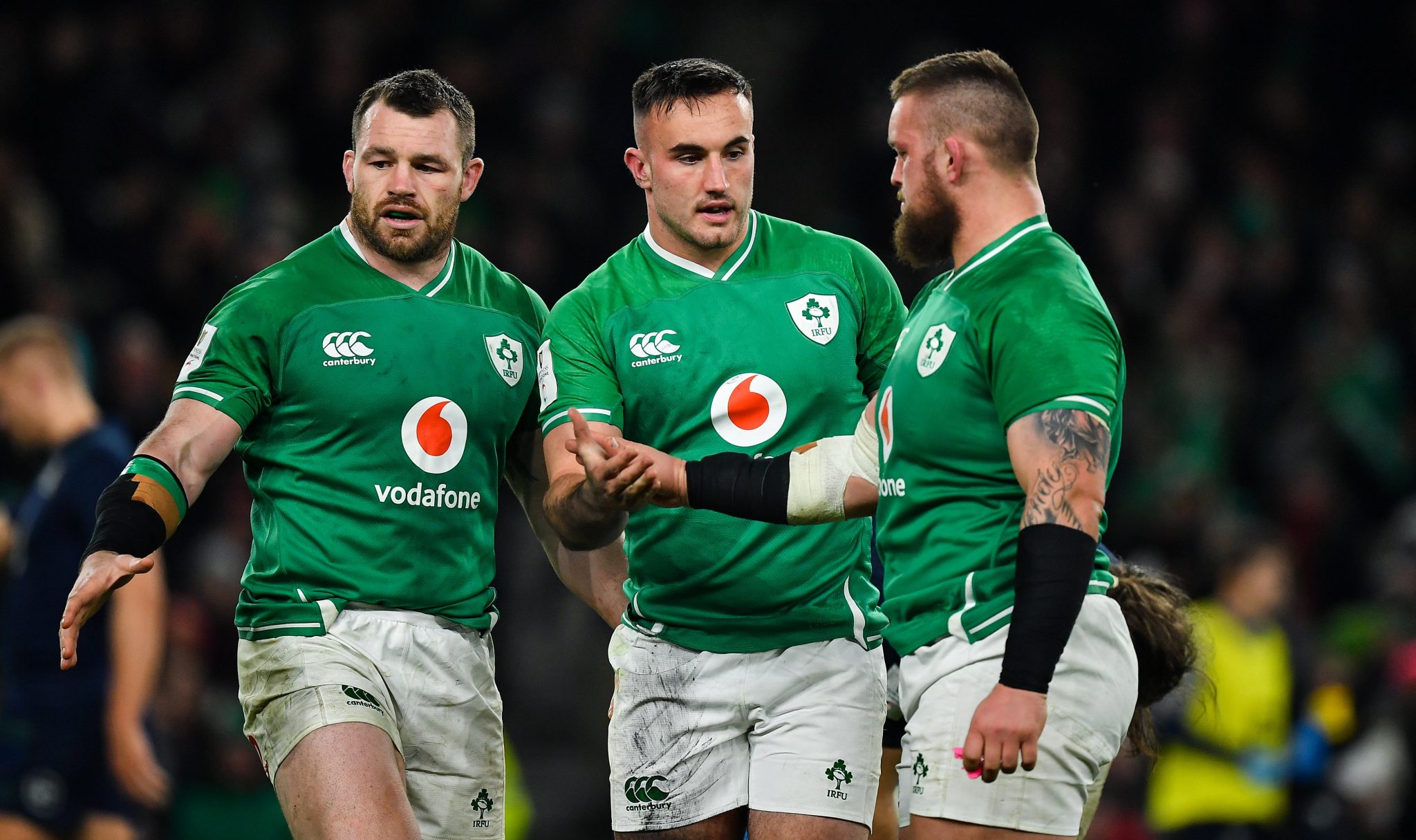 With Earls named No.23 it means no place in the matchday squad for Stuart McCloskey, Chris Farrell or Will Addison. Deegan will win his first Test cap if he appears off the bench against the Grand Slam champions on Saturday.

Conor Murray has staved off the threat of fellow scrumhalf John Cooney while Johnny Sexton captains the Ireland team from outhalf.


popular
Only old-school fans will get 20/20 in this 1990s footballers quiz | Part 2
The SportsJOE 12 o'clock quiz | Day 186
Rio Ferdinand story about Dwight Yorke conversation shows Alex Ferguson's ruthless streak
How The Mountain lost 36kg ahead of boxing fight with The Beast
Sam Bennett's green jersey masterclass got Lance Armstrong talking
QUIZ: Identify the football club from these 12 crests
QUIZ: Can you beat the clock to name Ireland's record goalscorers?

You may also like
1 hour ago
QUIZ: Can you beat the clock to name Ireland's record goalscorers?
1 day ago
Will Ireland's best scrum-half please stand up?
1 day ago
The Ireland XV we would start against Italy
1 week ago
"We'll have to be 10 times better than we were against Ulster" - Robin McBryde
1 week ago
Anthony Stokes has Livingston contract terminated after Astro Turf struggles
1 week ago
Andy Farrell will be sorely tempted to finish the Six Nations with these lads
Next Page