Ireland team that should start the Six Nations against Wales

"You get an idea, from the selections, of who they really like."

Ireland finished their slate of 2020 Test matches with a win over Scotland, on Saturday, that secured them third place in the inaugural (and perhaps only ever) Autumn Nations Cup.

As England and France were playing out a sudden death joust at Twickenham, the Irish players were going back to their provinces and taking the merest of beats before turning their attention to the Champions Cup. Following their 31-16 win over the Scots, Ireland head coach Andy Farrell said:

"The learnings that those lads will take from this period is fantastic for us going forward. They've learned a lot about themselves and what it takes to be an international player, what it takes to perform in a really pressured environment. They'll reflect on that massively and come back bigger and stronger in the Six Nations."

On the latest House of Rugby Ireland episode [listen from 1:30 below], hosts Ian Madigan and Eimear Considine spoke about the four Irish players that have clearly impressed the coaches during Ireland's six-game stretch. 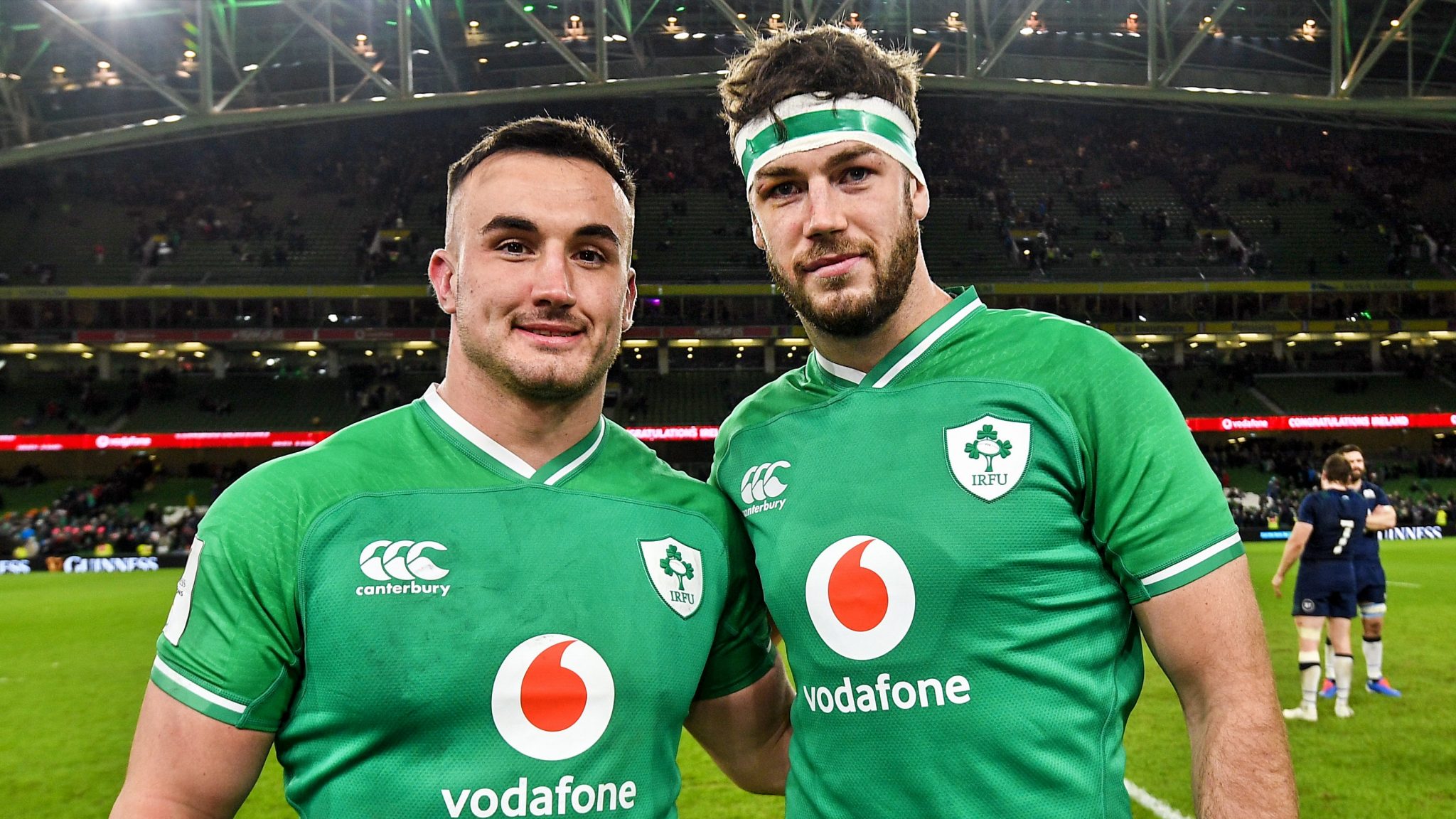 "It's the first time that we've seen the coaching selection over a number of weeks," says Madigan. "You get an idea of who they really like, and the biggest tell of that is always selection.

"Words might be said in the media that might be quite complimentary but you figure out, pretty quick, what the coach is actually thinking. You can see it there with the likes of Hugo Keenan, Caelan Doris, Bundee Aki got lots of game-time and Andrew Porter got a huge amount of game-time.

"Three of the four of them are younger guys - Doris, Porter and Keenan - in this series. There is no doubt that they will be an integral part of the Irish team, going forward, into the Guinness Six Nations."

END_OF_DOCUMENT_TOKEN_TO_BE_REPLACED

That being said, we feel the return of Garry Ringrose could yet bump Aki out of Ireland's starting XV. The Connacht centre has been more solid than spectacular, these past few weeks, and has not nailed down a midfield spot. Henshaw, in the games he has featured, has been very good and Ringrose was named Players' Player of the Year just a week before he broke his jaw against Italy.

Elsewhere in our preferred Ireland XV to face Wales in the 2021 Guinness Six Nations opener, next February, we are recalling three more Leinster stars - Tadhg Furlong, Dan Leavy and Jordan Larmour. Leavy is the only one of that trio back playing, but Furlong will hopefully return early in 2021 after struggling, in recent months, with back and calf issues.

END_OF_DOCUMENT_TOKEN_TO_BE_REPLACED

Larmour making it back for the Wales game may be a tight one, so our back-up plan there would be Jacob Stockdale getting another bite at the cherry with Hugo Keenan on the bench. Dave Kilcoyne will hopefully return in January and is the next best loose-head after Cian Healy. Tadhg Beirne or Ryan Baird would also make handy bench options.

In terms of the back row, Leavy is a world-class openside so he goes in if he can continue his decent run of form since returning for Leinster. For us, Peter O'Mahony and Caelan Doris have done enough to lock down berths, so CJ Stander drops onto the bench. However, were Farrell to go vice-versa with Stander and O'Mahony, we would be open to that as the Munster captain is an excellent impact sub.

The fun kicks off, for Ireland, on February 7 against the Welsh. Should they start their championship with an away victory, they welcome France to Dublin on St Valentine's Day.