Ireland team that should start, and win big, in Italy

Make no bones about it, Ireland need to win and win handsomely in Rome to stay in the Guinness Six Nations title hunt.

By the time Sunday rolls around, Ireland will be well away of how the table looks after Scotland face France and England travel to Cardiff to take on Wales.

Whoever emerges as victor at the Principality Stadium on Saturday evening will be the favourites to wrest the trophy from Irish hands. Fans of Ireland may be siding with Warren Gatland's men to get one over England, especially as they strode from Dublin on the opening weekend with all five points and left 0 for their hosts.

Ireland face Italy from 3pm at Stadio Olimpico this Sunday (live on Virgin Media One) and Joe Schmidt has named a wider training squad of 34 players. Some will be released back to their provinces for Guinness PRO14 action but Schmidt may ask as many as 27 to make the trip to Italy (with 23 in the matchday squad).

On Baz & Andrew's House of Rugby, former Ireland international Andrew Trimble said he expects Schmidt to only make a few tweaks to the starting XV that defeated Scotland in round two.

"Joey Carbery might get in and possibly John Cooney but I'm not sure if Joe will make wholesale changes."

Ireland have four points after two rounds and are four back from the Welsh, and six behind table-topping England. Their points difference is -3 while England are on +48. Wales are +16 but have already played Italy.

The Italians confirmed on Tuesday that Sergio Parisse will miss the game due to concussion while Matteo Minozzi is also unavailable. Conor O'Shea has done some good work in adding steal to this side but Ireland should be targeting a bonus point win in the Eternal City.

This is the team I believe has the best chance of doing some damage to Italy in attack while keeping some defensive surety. Iain Henderson gets the start but, should he be suspended for his neck-roll on Ulster duty, Quinn Roux would step in next. 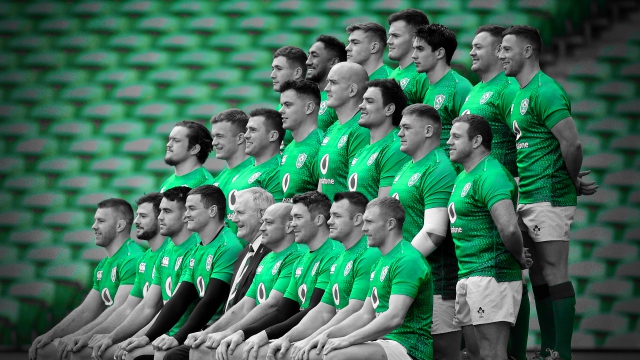 To get a fresh perspective on who should be selected, I asked my SportsJOE colleague Jack O'Toole for his Ireland team.

Either side we selected should have too much for the hosts on Sunday.

Since losing to the Azzurri in 2013 - Declan Kidney's final game as Ireland coach - the men in green have beating them seven times.

You may also like
3 days ago
Tadhg Beirne raring to go again after gruelling double injury rehab
5 days ago
"Paulie was like Casper the Ghost... he had lost about two stone in the two days"
6 days ago
You'll be hard pushed to get full marks in this Serie A quiz
6 days ago
Nigel Owens on how the O'Driscoll and O'Connell captaincy dynamic worked
6 days ago
Tadhg Beirne on the Wayne Pivac request that helped change his career
1 week ago
Baz & Andrew's House of Rugby - Tadhg Beirne and John Cooney
Next Page