A show of faith in the frontline players.

Andy Farrell has made a few tweaks to his Ireland match-day squad, ahead of the Second Test against the All Blacks, in Dunedin.

There is only one change to the Irish starting XV, with Mack Hansen starting on the right wing in place of the unlucky Keith Earls. Hansen resumed training with the squad earlier this week after his period of isolation due to a positive Covid test.

Another player back in the mix after a Covid positive is Finlay Bealham. The Connacht prop takes his place on the bench, in place of Tom O'Toole, with Rob Herring named back-up hooker. 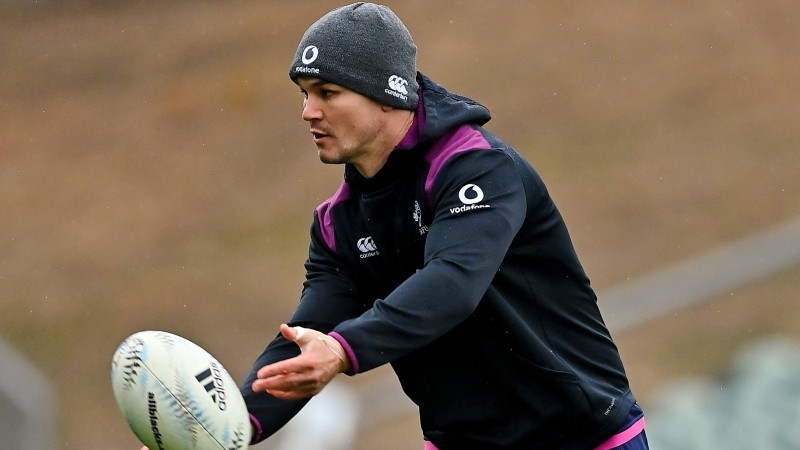 END_OF_DOCUMENT_TOKEN_TO_BE_REPLACED

Two of the three changes to the Ireland squad are down to Hansen and Bealham being available to play. The other switch is necessitated by Dave Heffernan being ruled out with concussion, although Andy Farrell will be pleased to have Rob Herring back.

Despite failing an in-game Head Injury Assessment, last weekend, two further HIAs saw Johnny Sexton ruled out of having a confirmed concussion, and cleared to play. He starts as captain beside Jamison Gibson Park in the 9/10 axis.

With as few changes as possible, Farrell is showing faith in most of the men that featured in the 42-19 First Test reversal, at Eden Park. Keith Earls is the most unfortunate to miss out, after his try-scoring performance, which included some solid defensive moments, in that first game.

The All Blacks named this Test squad today, too, with Scott Barrett switching to second row, in place of the concussed Sam Whitelock and Dalton Papalii named at blindside.

IRELAND TEAM FOR THE SECOND TEST

END_OF_DOCUMENT_TOKEN_TO_BE_REPLACED

Stream the biggest sporting moments with NOW, including all the final two Test matches between Ireland and New Zealand, as well as the midweek game against the Maori All Blacks, on Wednesday, July 13 [from 8:05am].


popular
World Cup 2022 Day 14: All the major action and talking points
From Ireland to Argentina: Alexis Mac Allister's Irish roots explained
Shay Given on how far Ireland could've gone at the 2002 World Cup with Roy Keane in the team
Ronaldo finally reveals why he got that hideous haircut
New released footage shows controversial Japan goal against Spain was right to stand
Patrice Evra 'likes' photo of Luis Suarez in tears after World Cup exit
Positive update on Pele's condition as messages of good-will pour in

You may also like
1 day ago
Shay Given on how far Ireland could've gone at the 2002 World Cup with Roy Keane in the team
2 days ago
From Ireland to Argentina: Alexis Mac Allister's Irish roots explained
1 week ago
Former England international admits he wishes he had played for Ireland
1 week ago
Two baffling omissions as four Ireland stars make World Rugby 'Dream Team' of the Year
1 week ago
Josh van der Flier claims World Rugby Player of the Year at Monaco ceremony
1 week ago
"Highlight of my Ireland career" - Behind the scenes as Jack Crowley and Ross Byrne covered for a legend
Next Page