"James Ryan will not be considered for selection this week

The Leinster lock sustained another bad concussion - his fifth in the past two years - in the weekend win over England. The IRFU today confirmed that he is out of the Scotland game, on Saturday, and will be supervised by the medics at his province. It is a shame to see him missing out, but the correct call.

END_OF_DOCUMENT_TOKEN_TO_BE_REPLACED

Ryan Baird, who would have been a live option to start in the second row, is also out with a back injury. While Joe McCarthy and Ross Molony [both Leinster] are in training with the squad this week, Andy Farrell will chose his starting second row from Iain Henderson, Tadhg Beirne and Kieran Treadwell.

On the latest House of Rugby URC [LISTEN from 4:45 below], the panel were joined by Connacht flanker Conor Oliver as they looked ahead to the Scotland game and discussed potential changes to the starting XV. 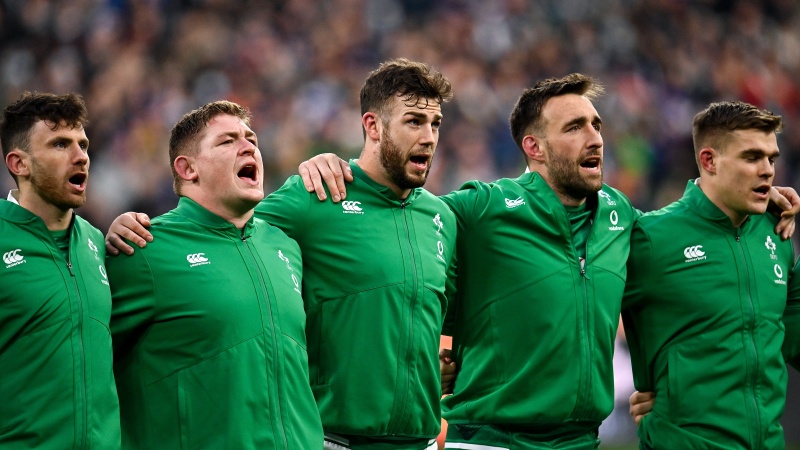 The Ireland team we would select to face Scotland

END_OF_DOCUMENT_TOKEN_TO_BE_REPLACED

During House of Rugby, cases were made for Mack Hansen to return to the Ireland team for Saturday's visit of Scotland, as well as Jack Conan coming back into the side.

With James Ryan out, we know there will definitely be one change. We are going for Iain Henderson and Tadhg Beirne, and reckon Andy Farrell will do likewise.

END_OF_DOCUMENT_TOKEN_TO_BE_REPLACED

Andrew Conway had two unreal kicks for touch, and that may be enough to keep him in Farrell's team ahead of Hansen. It is a tough call. So too is the Ireland centre combination decision. Greg O'Shea feels Robbie Henshaw should come in after a super cameo off the bench, at Twickenham.

"I would love to see Robbie Henshaw starting against Scotland," said O'Shea. "Every involvement he had against England was outstanding."

We are siding with O'Shea on this one, and we suspect Andy Farrell may do likewise, leaving Bundee Aki as the odd centre out. More tough news for Connacht fans, although Aki has proven us profoundly wrong before.

Elsewhere, Jack Conan will be pushing Peter O'Mahony for a back row spot and Dave Kilcoyne likewise for the No.1 jersey worn by Cian Healy last weekend.

You may also like
1 day ago
Your guide to an incredible weekend of sport and how to stream it all
2 days ago
Gavin Coombes one of four Irish players to push themselves into Test picture
2 days ago
Bundee Aki understandably emotional, as Ireland pay moving tribute to late Sean Wainui
2 days ago
Full Ireland player ratings after Maori All Blacks teach us an early lesson
3 days ago
"We could lose all five games" - Darren Cave with a rare take on Ireland's chances
3 days ago
Mike Lowry and Peter O'Mahony in First Test contention as Ireland shuffle deck
Next Page