Nothing too drastic, but some changes made for the final run-out.

Andy Farrell has made some changes to his Ireland team for Saturday's Six Nations clash with Scotland at the Aviva Stadium.

With James Ryan and Ryan Baird out injured, Farrell was also going to have to make one starting XV change. Iain Henderson comes into the second row from the start, and there are another couple of tweaks.

END_OF_DOCUMENT_TOKEN_TO_BE_REPLACED

Johnny Sexton will once again captain Ireland as they seek to secure a Triple Crown by beating the Scots, and putting some heat on France before their close out the championship with an evening encounter with England. A France win would secure a Grand Slam, but defeat would most likely see Ireland capture the title. 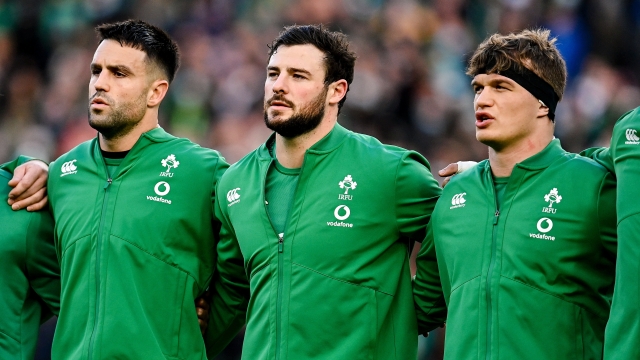 END_OF_DOCUMENT_TOKEN_TO_BE_REPLACED

With Ireland in a good run of form - they have won 11 of their last 12 Tests - Farrell has turned, again, to several of the players that have put them in with a championship shout.

Hugo Keenan, Jamison Gibson-Park, Tadhg Beirne, Josh van der Flier and Tadhg Furlong, despite his scrum issues against England, are all having strong campaigns. All five are in the XV to face the Scots. Mack Hansen also starts after missing out against England.

Ireland have not lost to Scotland at home in the Six Nations since 2010, when they were edged out at Croke Park. The result cost Ireland a Triple Crown, that day, and captain Sexton insists he has drilled it into his current teammates about not taking Gregor Townsend's men lightly.