Ireland's starting XV to face Italy will cause some grumbling

Simon Zebo being the conservative selection? We never thought we would see the day.

Joe Schmidt has made two changes to Ireland's starting XV that lost to England at Twickenham a fortnight ago.

Simon Zebo replaces Rob Kearney at fullback while Jared Payne returns to the team at outside centre. To accommodate the Kiwi, Robbie Henshaw shifts to inside centre. That means Stuart McCloskey is the unfortunate one to drop out of the 22. 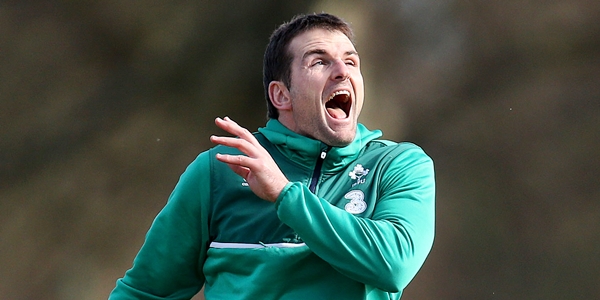 END_OF_DOCUMENT_TOKEN_TO_BE_REPLACED

The grumbling mentioned to in the headline refers to those backline tweaks.

There had been widespread calls for Payne to wear 15 and for McCloskey to get another run at inside centre but it is not to be.

In the only deviation from the team we predicted, last night, Donnacha Ryan retains his spot in the second row ahead of the pressing Ultan Dillane.

Again a decision that will disappoint those hoping to see as many of Ireland's hugely promising youngsters given as much big game experience as possible in these final two Six Nations fixtures.

Elsewhere the team is unchanged. Jack McGrath continues in the front row beside Rory Best and Mike Ross. Jamie Heaslip is at the back of the scrum with flankers CJ Stander and Josh van der Flier for company.

Conor Murray and Johnny Sexton continue their partnership while Andrew Trimble and Keith Earls are on the respective right and left wings.