These are the men tasked with bringing home the bacon.

With the 2020 Guinness Six Nations title up for grabs, head coach Andy Farrell has named a strong Ireland team to take on the French in Paris.

On Tuesday, Leinster prop Cian Healy spoke about Farrell and his coaches not naming the starting team to the squad until Wednesday morning. Farrell believes this is keeping his players on their toes and leading to greater intensity in training.

"I haven't heard anything yet," Healy commented. "We're in the dark. Training is hotly contested, we're all out. We were Level 2 today so we weren't bashing each other but tomorrow will be a physical session and everyone will have a right crack off it."

Healy was duly named as starting loosehead in an Ireland team captained by Johnny Sexton and he will earn his 100th Test cap when he takes to the field at Stade de France on Saturday evening. 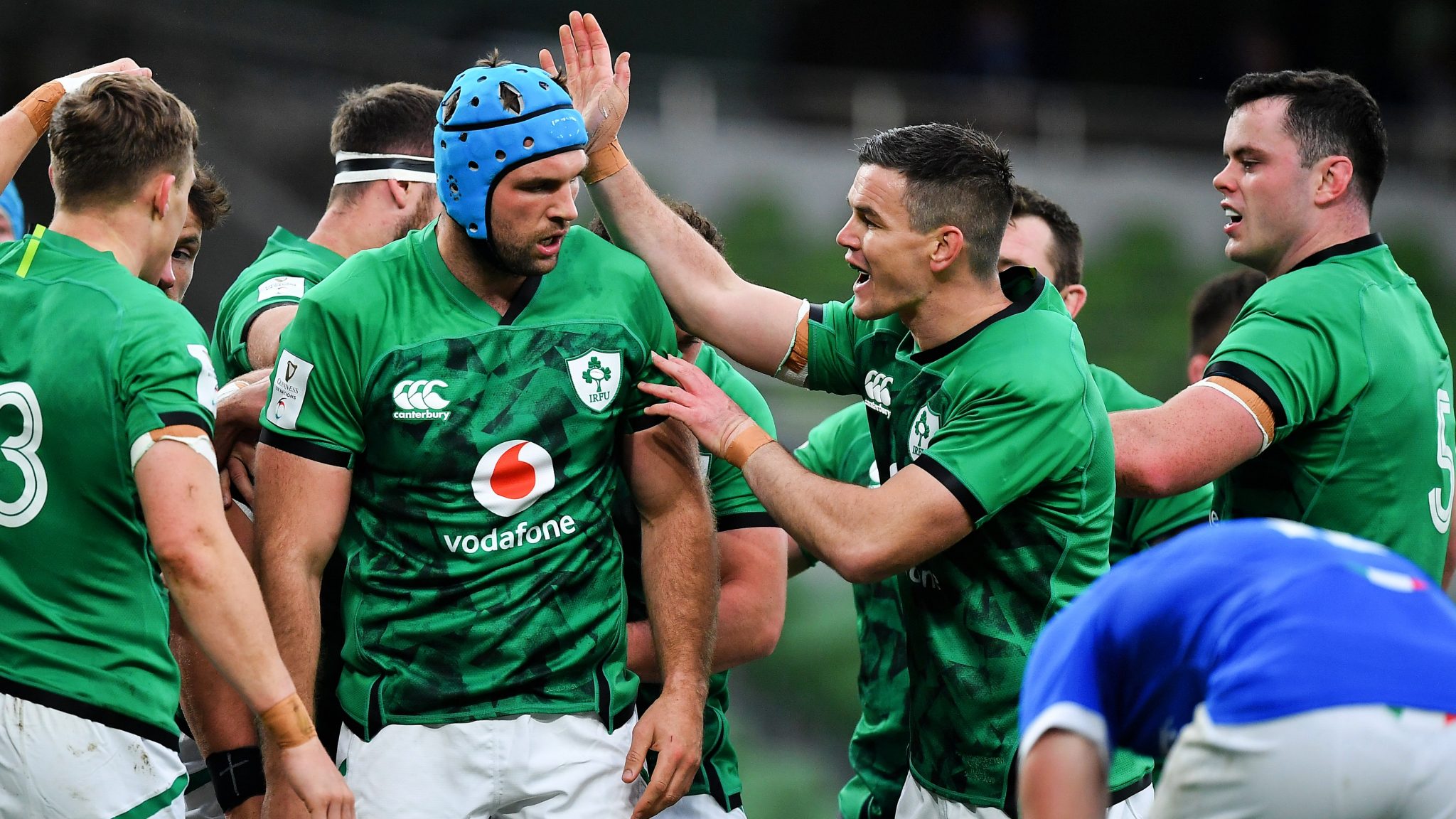 Tadhg Beirne and Johnny Sexton are both named in the Ireland team to face France. (Credit: Sportsfile)

The Ireland team dropped at 12:20 today and there are just two changes in the matchday 23 for the game in Paris.

Robbie Henshaw comes into the starting XV at outside centre. He replaced Garry Ringrose (broken jaw) in the 50-17 win over Italy last weekend.

The only newcomer in that matchday squad is Munster centre Chris Farrell, who takes his place on the replacements bench alongside Jamison Gibson-Park. The scrumhalf has been declared fit despite hamstring concerns, earlier in the week.

END_OF_DOCUMENT_TOKEN_TO_BE_REPLACED


popular
Rob Kearney taught a classic GAA lesson when he tried to have the craic in second game back
The scenes in Newbridge as the biggest hit and hope ever knocks Moorefield out
Rob Kearney on defying union "bigwig" that told him he'd never play GAA again
Kieran McGeary on his relationship with Mickey Harte and his role in Tyrone's success this year
How one text message a teammate sent Kieran McGeary proves that Tyrone's success was a team effort
When Liam Brady lit into Brian Clough for his dismissive Mick McCarthy comments
"Mayo have been back and back and back all the time. That's some resilience, to do that." - McGeary bats for Mayo