A fistful of players are making strong cases to force their way into Joe Schmidt's starting XV for the Guinness Six Nations opener against England.

News, on Monday morning, of a knee injury for Tadhg Beirne would have been a real downer for Munster fans after witnessing him have another class performance in the Champions Cup win over Exeter Chiefs. For Ireland fans, however, Beirne's absence for the England and Scotland games is annoying, but not enough to derail the mood of optimism currently abounding.

END_OF_DOCUMENT_TOKEN_TO_BE_REPLACED

That was followed, on Monday afternoon, by Ulster revealing Iain Henderson was out for a few weeks with a finger injury. He is definitely out of the England game.

The second row was perhaps the most fiercely contested of units in the Ireland squad, until the losses of Beirne and Henderson, but bringing in eight-times capped Quinn Roux, who is having a fine season with Connacht, shows their strength in depth.

James Ryan and Devin Toner, who started the November win over New Zealand, are the presumptive locks for the Six Nations opener but Iain Henderson returned at the weekend to deliver a fantastic 80-minute performance in Ulster's knock-out-clinching win over Leicester.

Former Ireland stars Barry Murphy and Andrew Trimble raved about Henderson on Baz & Andrew's House of Rugby [from 12:00 below] and discussed some of the big selection calls facing Schmidt. 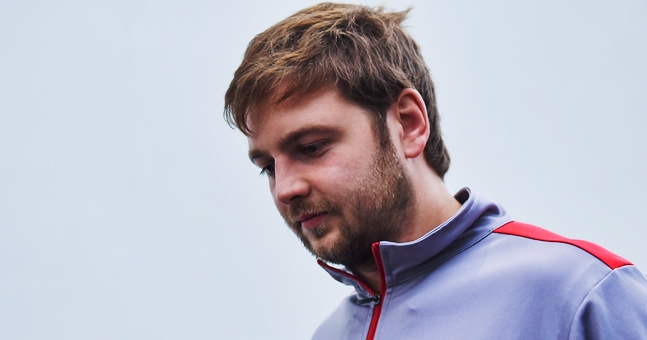 "Even in the run-up to the Ulster game," says Trimble, "the inclusion of Henderson was this 'YES!' moment. He was man of the match in one of the wins over Scarlets... and was great against Leicester.

END_OF_DOCUMENT_TOKEN_TO_BE_REPLACED

Before Ulster announced his finger break, Murphy and Trimble spoke about how Ireland could look to rejig their pack to accommodate Henderson, who can play blindside too. One option -later in the championship - is to shift Peter O'Mahony to openside, where he played two Tests against Australia last summer, and get the Ulster forward in the No.6 jersey.

Sounds simple enough until one considers that Sean O'Brien looked class in his injury comeback, against Wasps, and that Josh van der Flier and Dan Leavy are also vying for back row starts.

O'Brien has proved on plenty of occasions in the past - for Leinster, Ireland and the Lions - that he does not need games to get up to speed. He can be plunged straight in after stretch of inactive weeks and do deeds untold across the length and breadth of the pitch.

A player who has been excelling consistently, and in three different positions, is Ulster's Will Addison. The former Sale Shark played three times last November and comported himself impeccably. Addison, Henderson and O'Brien are all class acts but how does Schmidt get them into a starting XV that dispatched the All Blacks only 10 weeks ago?

END_OF_DOCUMENT_TOKEN_TO_BE_REPLACED

In all likelihood, Henderson may have to settle for the bench if he is back for the Scotland game. Devin Toner delivered when called up in big set-piece battles against England, Australia and New Zealand. Henderson may get his chance later in the championship but expect Ryan and Toner to start on February 2.

Addison must be in with a chance of starting in the Irish back three, especially with Rob Kearney playing only twice in two months and Andrew Conway - still part of the squad - missing the training week in Portugal. Should the rarely flappable Kearney miss out - he is hoping to play for Leinster against Scarlets this weekend - Addison would be favoured to start against England. If Kearney gets the green No.15, Addison could yet miss out on the final bench spot to Jordan Larmour.

That leaves O'Brien and, despite playing on 55 minutes since breaking his arm against Argentina, he has the best chance of going straight into Ireland's starting XV. Murphy and Trimble discussed the Carlow man after his stint against Wasps:

TRIMBLE: "Has Sean O'Brien done enough to get in the mix with Ireland?"

MURPHY: "I thought he played very well. He was in No.8 so it's not his preferred position, but he just looked like he was back to normal. Some big carries and he got through some ridiculous amount of work."

Van der Flier had an arguably better outing against Wasps at the Ricoh Arena and one can't imagine him missing out on the matchday 23 for the England game.

This is the team - noting Toner, Kearney, van der Flier and Robbie Henshaw as unfortunate to miss out - Ireland could easily start later in the championship:

The Leinster vs. Scarlets game, on Saturday, may yet have a mighty bearing on Ireland's championship opener. O'Brien and Kearney, maybe even Toner, could all feature and all three could play themselves into that Ireland XV.


popular
"Johnno went, 'We’re not moving! You're trying to mess us about!'" - Ben Kay recalls red carpet controversy
"Some of the generals wanted me executed" - Irish rugby legend on flag caper that went wrong
Tommy Fury spotted having the time of his life at student night out
Peter Keane's future as Kerry manager in doubt after strange statement
Garry Ringrose challenges "pretty ridiculous" changing conditions for women's players
No Simon Zebo or John Cooney as Ireland gather 50 players for one-day camp
"Jesus, the man deserves an All-Ireland medal, but it doesn't look like he's going to get one now"