The Ireland XV that should start against England at Twickenham

The big call here will revolve around who wears the No.10 jersey.

Ireland got their 2019/20 season underway, on Saturday, but the real business should begin at Twickenham on August 24.

Of the 23 players involved against Italy, only Devin Toner, Jordi Murphy, Joey Carbery, Garry Ringrose and Jordan Larmour would have realistic designs on starting against Scotland on September 22, in Japan.

Carbery was taken from the field of play after suffering what looked to be an ankle ligament injury while Toner hobbled off after rolling his ankle [Joe Schmidt insisted the lock was walking around the post-match dressing room unencumbered]. The Ireland head coach has already trimmed Ultan Dillane and Rory Scannell from his training squad and more cuts are imminent. 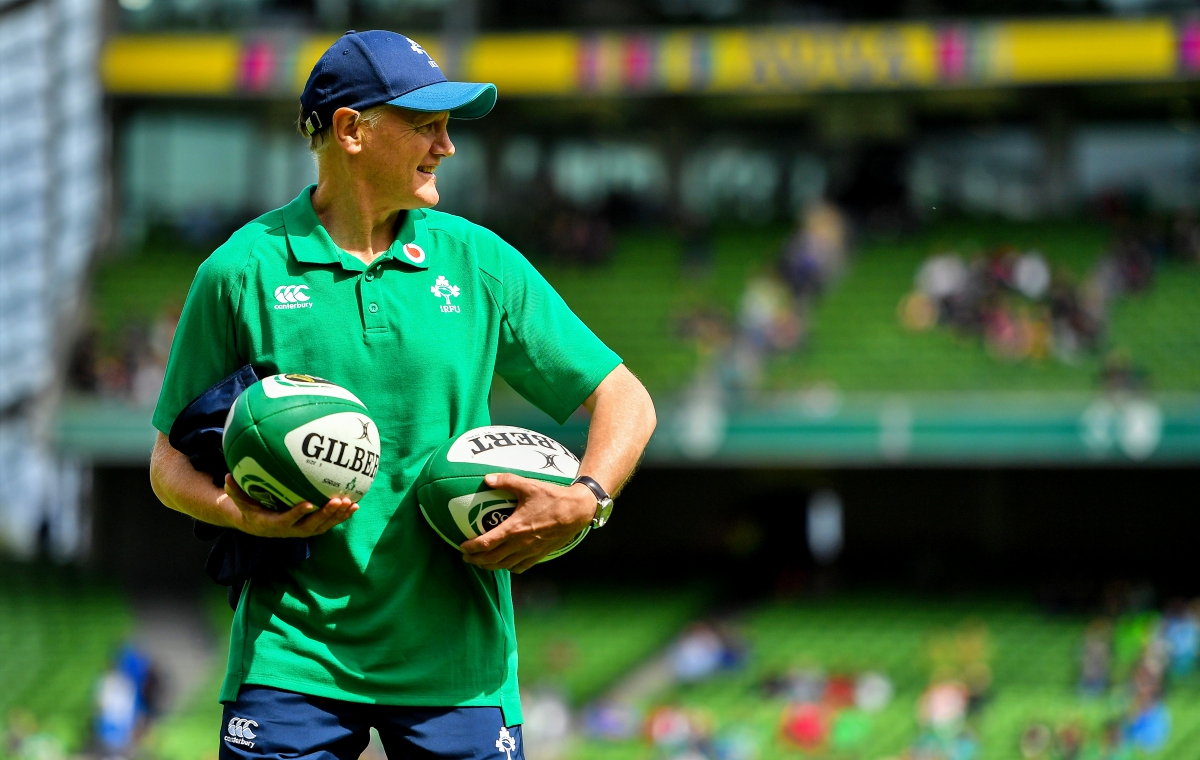 Ireland head coach Joe Schmidt during the Guinness Summer Series match between Ireland and Italy at the Aviva Stadium. (Photo by Brendan Moran/Sportsfile)

Following his side's 29-10 victory over Italy, Schmidt was asked if there would be any more cuts to his squad before they decamped to Portugal on Wednesday.

"We’ll see how the players came through today and we may not," he said, "but we are going to meet tomorrow morning after having had a look at the game this evening and then we’ll make a decision...

"I think we’ll probably travel with about 40 but it could be 43, just depending on [the fact that] we want to have good training numbers.

"One of the problems, I think, is that as you branch off with a smaller squad, just keeping those guys up to speed with what we’re trying to develop. It becomes a little bit of a difficulty for us, especially if we pick up a injury.

"We’re playing England, Wales and Wales. Physically big teams and physically bigger than we are, therefore there tends to be a risk of attrition and we don’t want those other players to get too far away from us because we want them up to speed if they do miss out on that 31 in the end. Because, with 31 players I think it’s a very tight number that World Rugby limit you to.

"You know, they talk about player welfare but we’ve a six-day turnaround into a five-day turnaround and 31 players, that’s very, very complicated. And that’s all the teams. I’m not saying that’s just tough for us. I think all the teams have tight turnarounds at stages."

END_OF_DOCUMENT_TOKEN_TO_BE_REPLACED

Ireland will take on England in London on August 24 and Schmidt should use that game, and the home match against Wales on September 7, to blood his senior stars. Schmidt admitted Ireland 'may adjust our plans' regarding Sexton's game-time if Carbery's injury has him sidelined for a while, but we would give him at least 40 minutes with Ross Byrne in reserve.

To that end, this is the Ireland team we would start against Eddie Jones men:

Our Ireland XV to face England

In reserve, we would have the likes of Niall Scannell, Dave Kilcoyne, Tadhg Beirne, Jack Conan Kieran Marmion and Will Addison primed and ready to go.


popular
Michael Bisping tears into Dillon Danis for 'trying to be Conor McGregor so hard'
The top 10 fastest knockouts in UFC history
"We did find him hours later and we made up." - How Flynn and his best friend came to blows in Croke Park
Dominick Cruz finally gives his side of infamous Michael Bisping bar altercation
The SportsJOE 12 o'clock quiz | Day 333
"Twas often I felt like firing a boot at him' - Micko's words of consolation didn't go down well in Cork
Dana White is set to make a frankly ludicrous amount of money from the UFC sale

You may also like
19 hours ago
"Dorothy Wall, hands down... she's a wrecking ball!"
3 days ago
The six Lions spots being contested by Ireland and Scotland players
3 days ago
Rating the chances of Leinster's 16 Lions hopefuls
4 days ago
Jamie Carragher on how close he came to Ireland call-up
1 week ago
Full player ratings as Ireland dismantle Wales in Six Nations opener
1 week ago
Munster and Irish rugby almost lost out on one of their brightest stars
Next Page