Only one fresh face as Ireland make squad announcement

Robbie Henshaw, Johnny Sexton and Ed Byrne will all sit out this Sunday's game against Georgia.

After an opening win over Wales and a chastening loss to England, Ireland head coach Andy Farrell is eyeing up this weekend's clash with Georgia and will, no doubt, make changes to his starting XV.

Ireland will know by Sunday afternoon (kick-off at 3pm) if they have a chance of making the Autumn Nations Cup final in early December. To get there, they will need a big favour from Wales and would have to have a clear victory against the Georgians.

Ahead of that game, Ian Madigan and Eimear Considine spoke of the combination changes and fresh faces that could could in [listen from 2:30 below] on the latest House of Rugby Ireland episode. 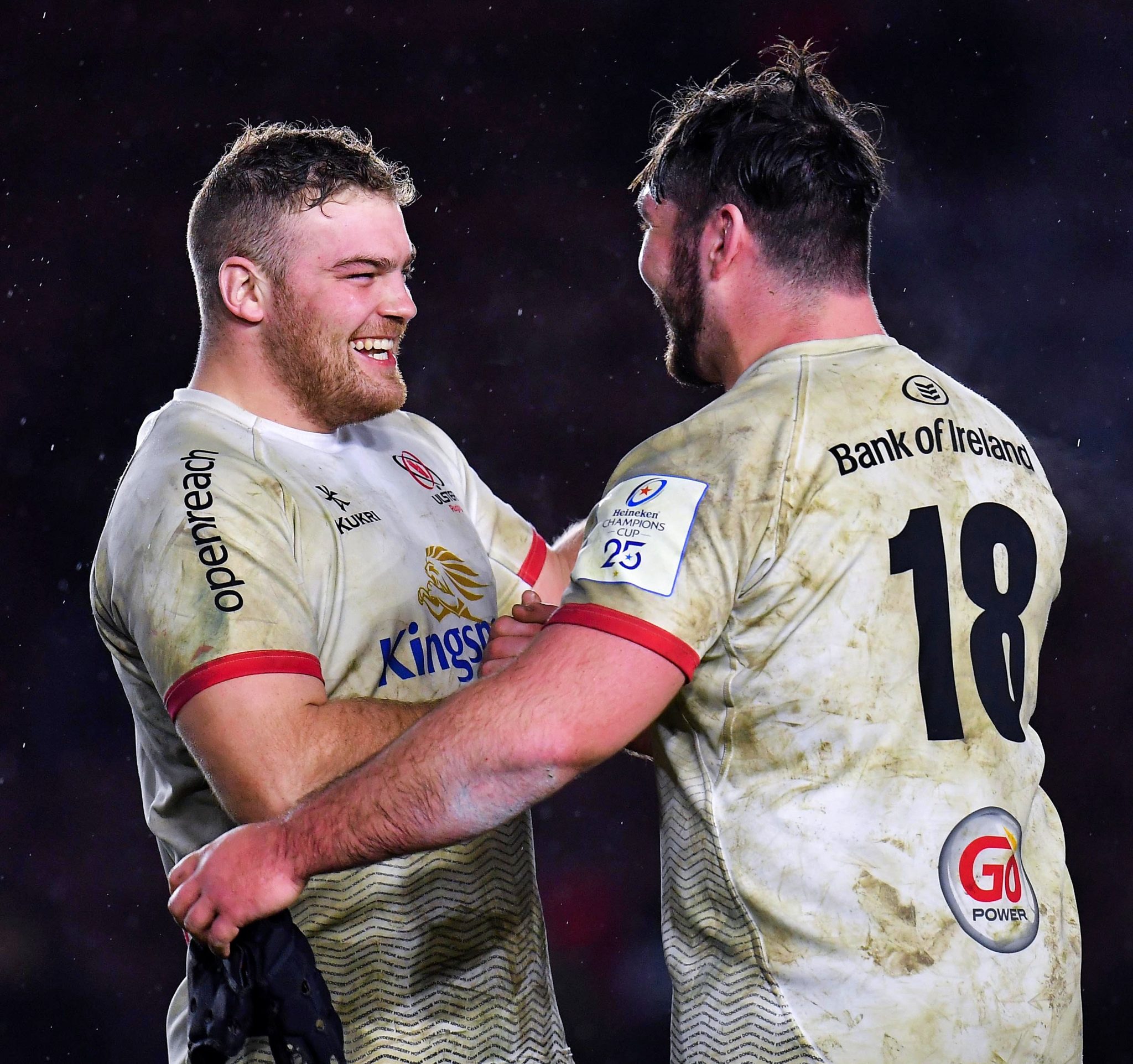 "Georgia is a game where we could see a lot of new players and guys that are uncapped," said Considine. "I'd love to see Shane Daly getting a go. He's a Munster guy who has really impressed up until this point, and the 15 position isn't really locked down at the moment.

"Who are the guys that you think that you would like to see next weekend against Georgia?" Madigan replied:

"Shane Daly has definitely earned his opportunity to get a run-out for Ireland. Personally, I'd love to see Stuart McCloskey get a run-out. He's someone that offers something slightly different to the centres that have been playing there."

END_OF_DOCUMENT_TOKEN_TO_BE_REPLACED

Sean Reidy and Rhys Ruddock, who have Test match experience but are "tearing up trees" in the Guinness PRO14 were also discussed, while many Irish supporters would have loved to see the uncapped yet promising likes of Craig Casey, Harry Byrne and Ryan Baird in the mix for Georgia. Gavin Coombes (6 tries) and Scott Penny (5) are two back-rows making their PRO14 presence felt, too.

As it turns out, Farrell has only brought in one new face to the squad, and that is because of an injury to Leinster prop Ed Byrne. A statement from the IRFU reads:

'Ed Byrne’s calf tightness ruled him out of playing a role at Twickenham.  He will continue his rehab this week. Ulster’s Eric O’Sullivan joins the squad to provide additional cover. John Ryan flagged an issue during the warm-up which was treated but flared up again during the second half, he is expected to be able to train fully this week.'

That means Daly and O'Sullivan could both join the nine players who have, so far, been handed their Test debuts by Farrell in 2020. For that Georgia game, you can see the starting XV and replacements bench that we would selected right here.

popular
The SportsJOE 12 o'clock quiz | Day 286
Alex Ferguson's dismissive comments confirm truth about Jordan Henderson
Wayne Rooney story about Memphis Depay shows why he failed at Manchester United
"There were some tough battles but I was happy to test myself against the best"
"The divil you know is better than the divil you don't" - Larkin stands by Cody
QUIZ: Can you name the Scottish football cult heroes?
QUIZ: Name the clubs to have lost in every Champions League final
You may also like
4 days ago
Darren Cave tells House of Rugby about one part of rugby he definitely doesn't miss
4 days ago
"He's ruptured his hamstring off the bone and he’s trying to get up into the defensive line"
1 week ago
"I got the scan and it was literally broken in half" - Ciara Griffin on her first Ireland training session
1 month ago
"I don’t know what his problem is with me" - James Lowe on Liam Williams clash
1 month ago
James Lowe joins House of Rugby to talk Test debuts, Liam Williams and Chris Ashton
1 month ago
Brian O'Driscoll turns tables on South Africa after Ireland's World Cup draw
Next Page