There's nothing fickle about being frustrated with this Irish team

Spare us the excuses, and the pious hand-wringing.

Just before Christmas, with my sister and brother-in-law back from England and my dad chuffed to catch up with us all and have a few drinks, we headed along to Leinster's Guinness PRO14 match against Ulster.

Usually seated in the press seats, or on a watching brief at the office, it is good to dip back into the world of the rugby fan once or twice a season. See the action unfold from the stands and hear what the fans are talking about - who's exciting them, or frustrating them.

That being said, we were having so much fun in Paddy Cullen's that it took the TV screens showing both sides emerging from The RDS tunnel before we finally got a hustle on and headed across the road. By the time we located our terrace seats Leinster were already 5-0. No sooner than Harry Byrne converted that try did someone from our group declare, 'Right, who wants a drink?'

And so it went for the entire first half as, all around us, fans were up and down for drinks and food or to use the loo. Leinster were 28-7 ahead after 30 minutes [bonus point already secured] when I headed from my seat to beat the half-time queues. I emerged from the terraces, though, to find hundreds of supporters already milling around.

Folks arrived late for kick-off, drifted away at regular intervals, left early for half-time, came back late for the second half and left the match early to 'avoid the rush'. All the way through the game there were people engaged in conversations and slaggings with the whole night only broken up, albeit at regular intervals, either cheering or lamenting a try.

I turned to my sister at one stage and remarked, 'Hardly anyone is watching the game'. 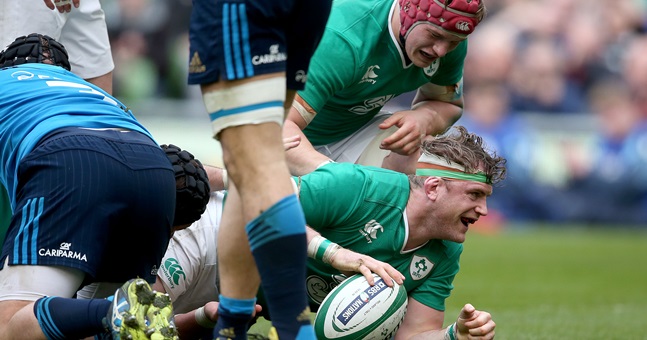 I had a similar revelation when I was a fan at Ireland's 2016 Six Nations win over Italy, which included Jamie Heaslip scoring World Rugby's 'Try of the Year'. The game itself was more of a social element and an opportunity for friends and family to catch-up under the auspices of cheering on Ireland.

Rugby is not the only sport in this country that has a lot of casual fans but it certainly does attract its' fair share. Historically, many of us grew up following the Irish rugby team closely but not having any overriding club or provincial loyalties. The club game was much bigger in the 1980s and 1990s but the provinces were still amateur bodies until the late 90s and plenty of fans got their rugby fix from the Five Nations, summer tours and World Cups.

END_OF_DOCUMENT_TOKEN_TO_BE_REPLACED

Even now, and even with the four provinces winning silverware and two Irish Grand Slams in the past 20 years, a slew of Irish rugby fans are casuals. They dip in and dip out.

So when you hear and read, in the recent days, about 'fickle fans' and 'bandwagons' you despair somewhat. We are a nation of bandwagon supporters - we hop from one sport to the next and we reckon we've got a good handle, and opinion, on most. It's one of the beauties and complexities of being Irish.

There would be sections of the country that fiercely follow boxing from week to week and know all the up-and-comers and hard-luck stories. Suddenly, come the Olympics, we're all experts. We're all shouting at the TV and telling some four-time amateur champ from Westmeath how to use his jab and move his feet more. 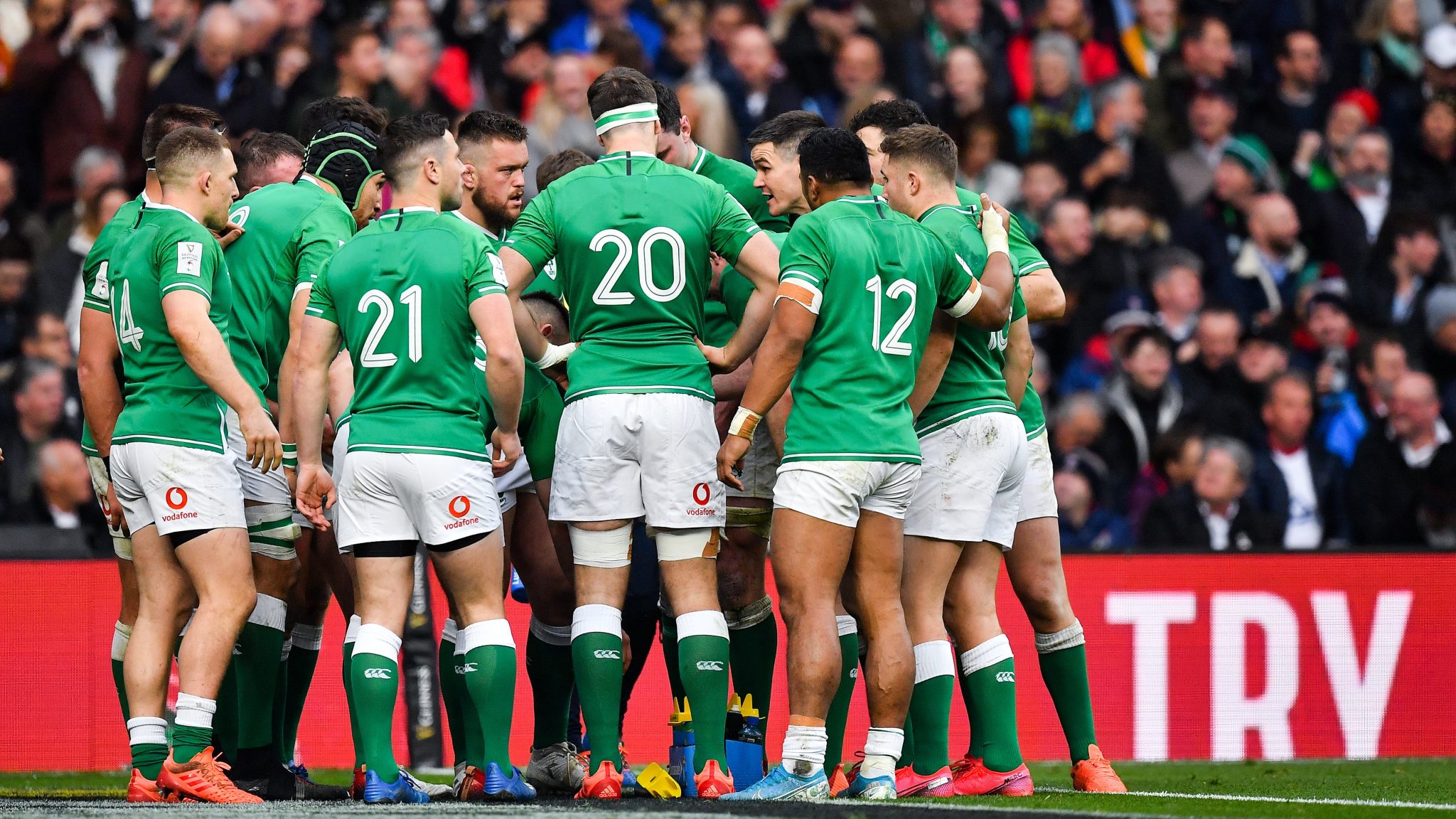 Are Irish rugby fans fickle for cursing and thrashing about the team's 24-12 defeat to England? Last year, when we lost to the same side at the Aviva Stadium, I bemoaned the thousands of Irish supporters that turned and walked out on their team with seven and eight minutes to go. This was an Irish team that had beaten the All Blacks in Dublin for the first time in our history just three months previous, I argued, and the players deserved more.

12 months on and I have some sympathy with those that were massively disappointed and frustrated with Ireland's latest defeat. One year and 16 Test matches in between and Ireland were thoroughly beaten and outfoxed by the same team using the same tactics. Nothing had been learned.

As much as Andy Farrell and Johnny Sexton wanted to convey that this was he first slip-up of a new team, Irish rugby supporters had a painful 2019 to draw upon. The majority of the Ireland squads that convincingly lost five Test matches in 12 months were at Twickenham as they lost convincingly for a sixth time.

Even Mike Tindall, who has no stake in us, is getting annoyed at what he sees as a team with potential untapped.

"My issue is they never change during a game," he told House of Rugby. "When they're getting nowhere, they don't ever do anything different and that's the worry for them.

"That's what I hoped, at the start of the tournament, as I do think they have great players. I thought that with the change in coach that we might see that bit more adventure and shape off, even, set-pieces. But you don't really see anything."

Mike Tindall, the former England captain, is as frustrated as many Irish rugby fans out there and he's not the only one. 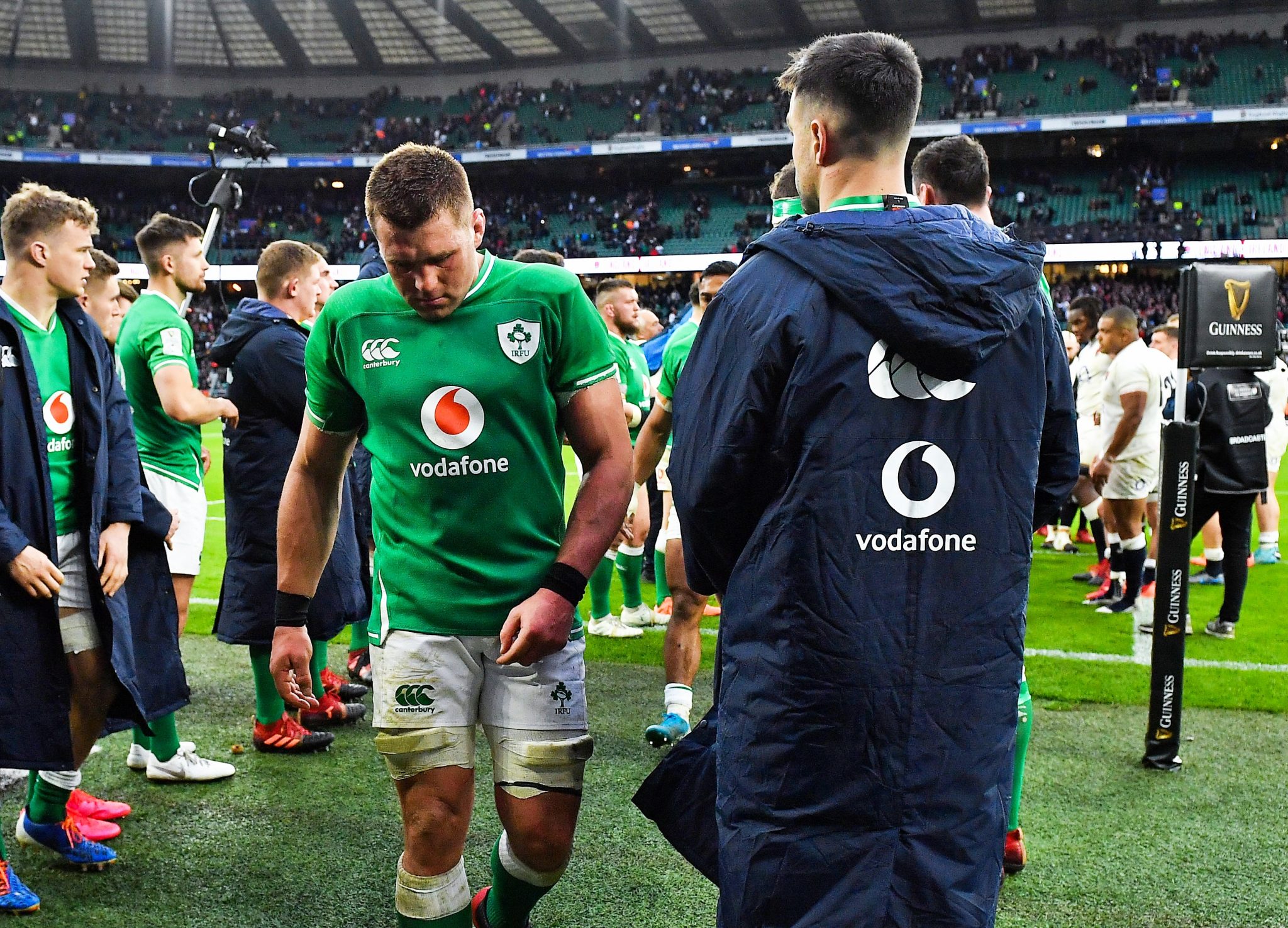 Tagging in players on social media for complaints and abuse is dullardly and cowardly and that needs to stop. The wider public are concerned, however, and see a team in danger of casting themselves adrift for another year while the likes of Leinster and Ulster are showing how a braver, attacking brand can be married with the hard work and excelling in basics that is required to win big games.

Looking at Ireland's 17 Test matches since February 2019, they have played seven big games (we'll discount the August 2019 tonking at Twickenham) and won only two - Scotland at the World Cup and Wales in the 2020 Guinness Six Nations. And yet we still have Sexton talking about the small margins.

If you complain and call for changes are you are branded fickle and told you are not a true fan.

There is a time for unswerving support and loyalty and then there is a time to get real. People are angry and exasperated, and they have good reason to be.

To the players, keep doing what you are doing and indulge us while we lose the run of ourselves every now and then. It's what makes us Irish.


popular
The SportsJOE 12 o'clock quiz | Day 19
How Stephen Kenny talks about Egan and Brady is most exciting thing he brings
In an age of anxiety, Irish football finally rejects fatalism
QUIZ: You won't be able to name all of these one-club legends
The SportsJOE 12 o'clock quiz | Day 18
"I don't want to manage the Irish team based on who has the number of appearances for a certain club"
QUIZ: How well do you know Manchester United players of the 2010s?
You may also like
5 days ago
This Irish raffle is giving you the chance to win a €250,000 Ferrari
1 week ago
"The severity is getting worse and worse. Every single day, there’s more deaths"
1 week ago
Baz & Andrew's House of Rugby - Super Skype Shindig
2 weeks ago
How Ireland's top rugby stars are staying in shape at home
2 weeks ago
"Everybody is in turmoil... we'd be oblivious if we thought nothing would happen to us"
3 weeks ago
Baz & Andrew's House of Rugby - Latest from locked-down Italy
Next Page