The surnames were flying around Carton House as team announcement time neared and training ground sightings (and non sightings) led to wild speculation.

Late injury blows in Ireland's final training session, in Maynooth, forced Joe Schmidt into making a host of changes from the Ireland squad that took on the All Blacks last Saturday.

END_OF_DOCUMENT_TOKEN_TO_BE_REPLACED

Keith Earls starts on the left wing in place of Simon Zebo [cramp] while Garry Ringrose partners Jared Payne in midfield. It had been suggested that Stuart Olding was close to a start but he did not train with the squad today. Andrew Trimble and Rob Kearney complete the back three with Earls.

One of the expected changes has materialised as Paddy Jackson comes in to partner Conor Murray in the half back line. Kieran Marmion and Joey Carbery are deputies. 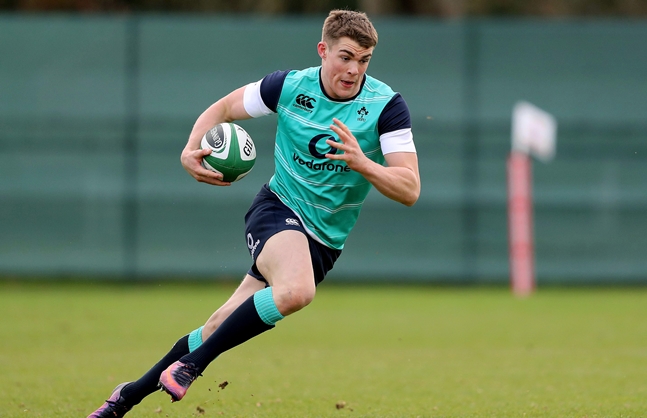 The Irish pack is thankfully, and somewhat, intact after a bruising encounter with New Zealand last weekend. There is one change in the second row.

Jack McGrath continues in the front row with Tadh Furlong and Rory Best, who will earn his 100th Irish cap in the hooker position. Iain Henderson comes in the second row with Devin Toner and CJ Stander has come through all the RTP protocols [post concussion] to join the Leinster duo of Sean O'Brien and Jamie Heaslip in the back row.

Australia named their team to face Ireland earlier today, with Israel Folau and Michael Hooper two notable returnees into a squad that saw off France, 25-23, at the weekend.

Kick-off at the Aviva Stadium is 5:30pm this Saturday.