Those three words from IRFU performance director David Nucifora, uttered last week, will have stung Andy Farrell, his coaching staff, players and all involved with the Ireland team.

Farrell inherited a team short on confidence after they signed off the six-year Joe Schmidt era by being ejected with force from the World Cup by a ruthless All Blacks side. He sought to loosen the shackles and was rewarded with decent wins over Wales and Scotland before England brought his team crashing back to earth at Twickenham.

We then had a seven-month pause in Test rugby due to the Covid-19 pandemic and whenever Ireland thought they were figuring it out, back playing in empty stadiums, England or France would deliver reality checks.

Farrell used 35 players over the past six games - in the Guinness Six Nations and Autumn Nations Cup - and, over the course of 2020, has given Test debuts to 10 players. There has been no silverware won and Ireland will finish the year 5th in the world, but their senior players feel the experiences of the past 10 months will stand to them in 2021. 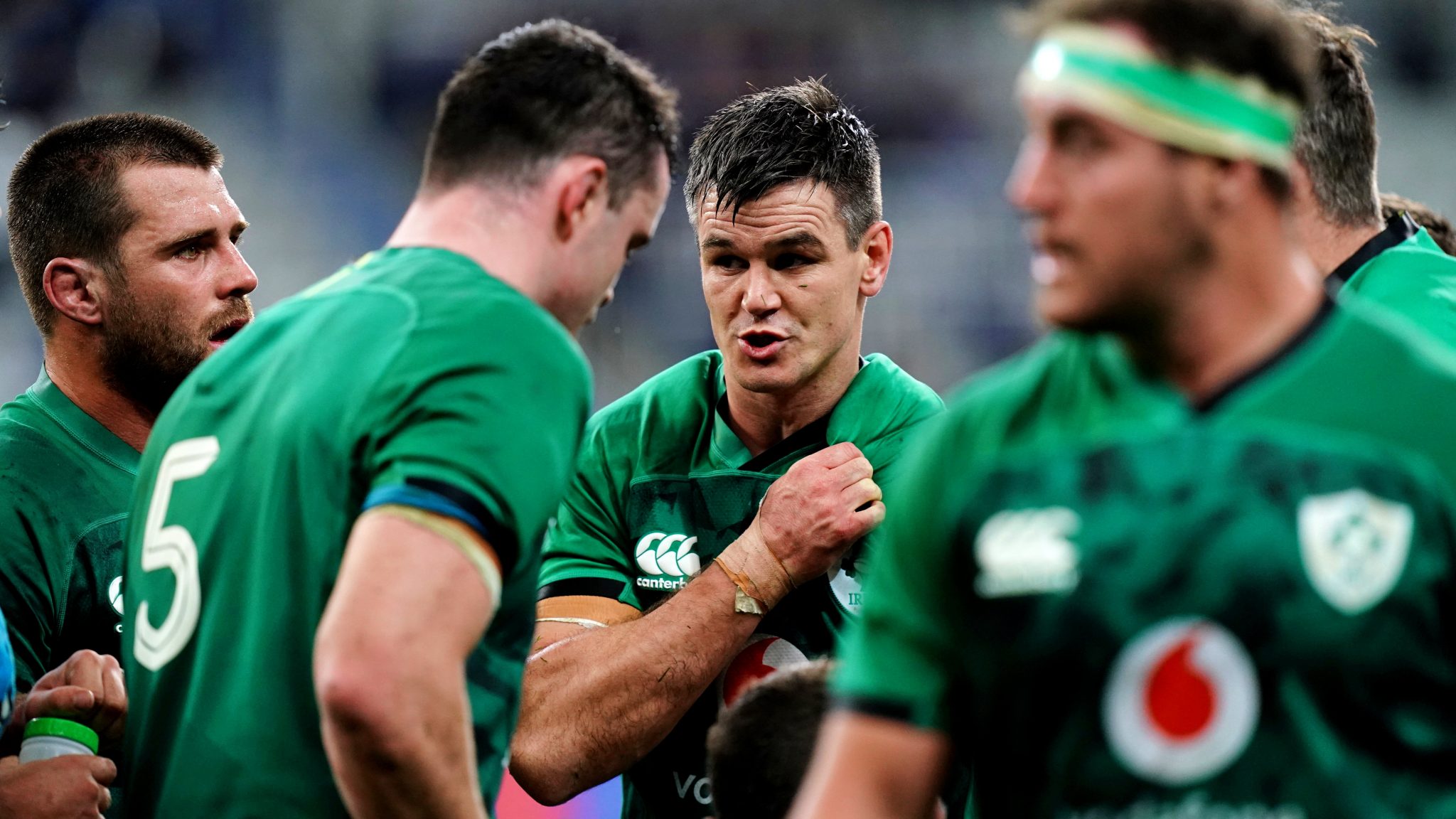 Amid the return to play has been a stalling on contract talks for almost half the professional rugby players on this island. Many of the players that featured in the last six Test matches will be out of contract with the union, and their provinces, next summer.

Contract business is usually sorted from October to January - with the bigger names often sorted earlier in the season - but meaningful talks may not even begin until late January. When they do, many players will be asked to take reduced deals if they want to remain here (and in the Test selection pool).

Following Ireland's 31-16 win over Scotland, Andy Farrell spoke with high regard about his players maintaining their focus while dealing with contract and welfare concerns.

"It's a credit to them," said Farrell. "In fact, as a head coach I speak to the guys and see where they’re at, I’ve not heard any murmurs at all regarding apprehension or them being frightened about the future.

"They’ve been top class and to a man, honestly, you can ask the lads about this as they come through, an eight-week period is a big old time to keep spirits on the up all the time but honestly, it feels like it’s been four weeks. The attitude, the togetherness of the players, the want to get better, the want to learn, has been amazing, That would be the biggest thing for me coming out of this period, which stands us in massive good stead."

Looking back on that eight-week period, we have pored back through our player ratings from all six matches and compiled our average rating for 32 of the players used by Ireland. They are: 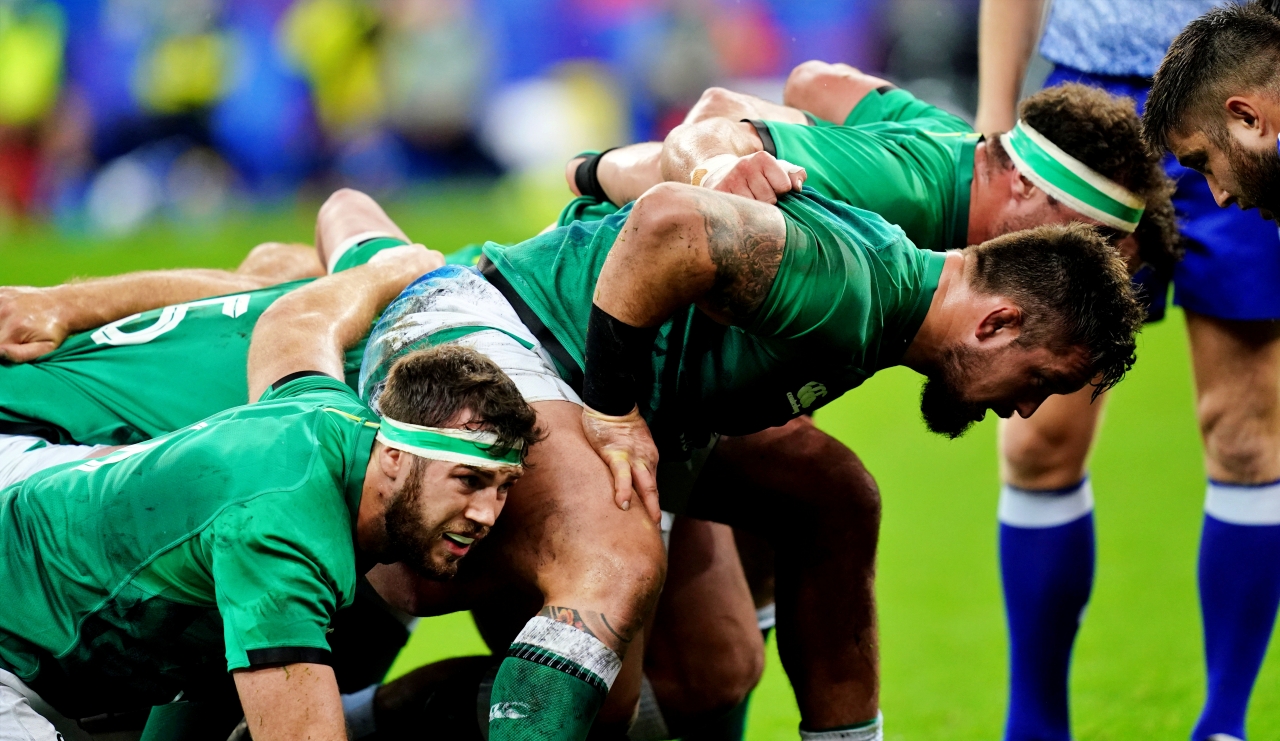 Caelan Doris, left, and Andrew Porter scrum down against France. (Photo by Sportsfile)

Two of the younger squad members, Doris (22) and Porter (24) have been consistent performers for Farrell. While Doris found it tough - like many of his teammates - against England and France, he was excellent in wins over Italy, Wales and Scotland. Has massively impressed supporters and his peers.

Porter started all six games, was immense against Wales and Italy and while he didn't always dominate in the scrum, he was non-stop in the loose. May yet be work considering switching him back to loose-head when Tadhg Furlong gets back to full fitness.

O'Mahony was not far off Porter and Doris, in terms of consistency and what he delivered for his team. Started the clutch of games as a sub and ended with good showings against Wales, England (one of the few) and Scotland. James Ryan was more steady than spectacular while Robbie Henshaw was Ireland's best back. 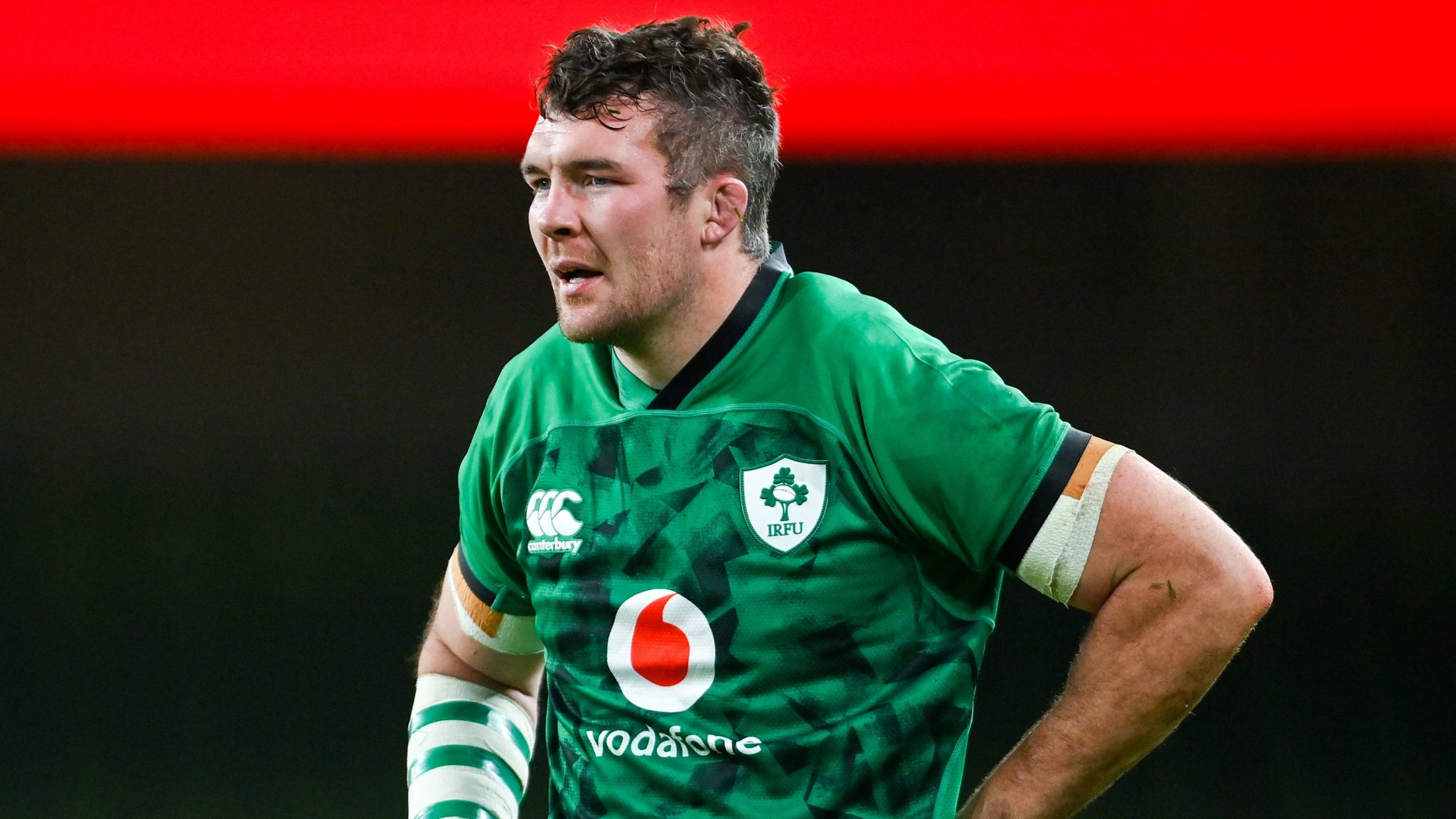 END_OF_DOCUMENT_TOKEN_TO_BE_REPLACED

Lowe looked good against Wales and less so against England. Burns looks to have jumped the queue to be Johnny Sexton's outhalf back-up in the 2021 Guinness Six Nations while Garry Ringrose was doing great against Italy (in his one outing) when he broke his jaw. McCloskey only played once but played well, against Georgia, only to drop out of the squad for the Scotland game. 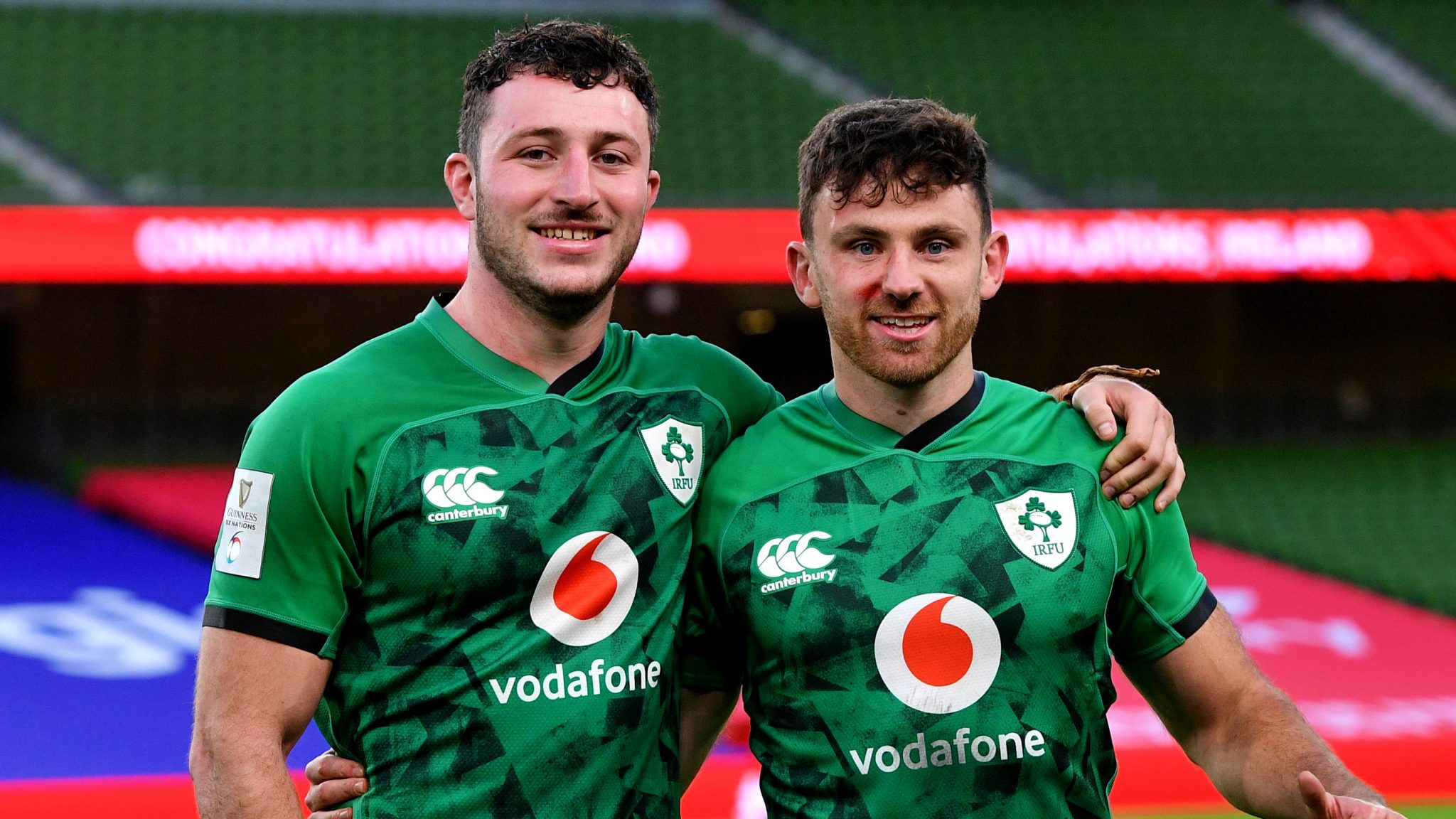 Will Connors and Hugo Keenan after their Ireland debuts against Italy. (Credit: Sportsfile)

Conor Murray (a steady 6/10) aside, each of these players had big performances and other outings they will look back upon ruefully. Hugo Keenan can be happy with his overall contribution despite a tough day out at Twickenham, when England targeted him mercilessly.

Quinn Roux had his best Ireland game yet against the Welsh then found it harder against a rabid English side. CJ Stander started the run of games like a train but tapered off in his final three appearances. Will Connors was superb against Italy

Once again, they have had their moments but, Bundee Aki aside, have not done enough to force themselves into the starting XV. Andrew Conway going backwards in the selection pecking order is a curious one. 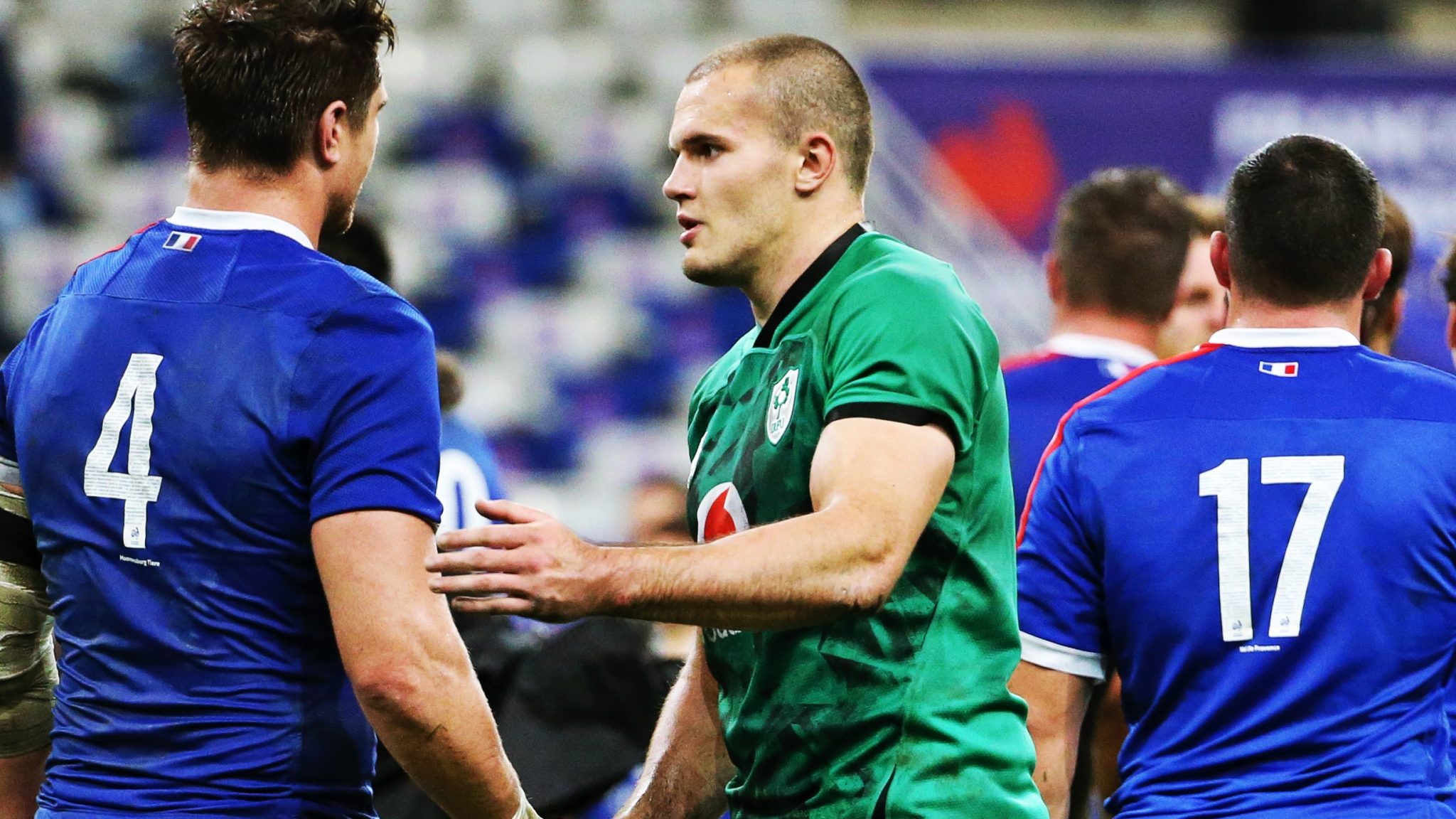 Keith Earls finished his four-game stretch by scoring his 31st and 32nd Test tries but had been subdued up until that Scotland game. Stockdale has not convinced at fullback in defence but has looked sharp in attack. Herring looks set to be starting hooker in the Six Nations but has been shaky while Kelleher never got another start after struggling at Twickenham. So did Gibson-Park, but he is worth plenty more looks.

Neither player grasped their opportunities and although they may make wider squads, next year, may be relying on injuries to feature in matchday 23s.

*Eric O'Sullivan (against Scotland) and both Kieran Marmion and John Ryan (against Georgia) had mere cameos off the bench so it would not be fair to stack them up against players that had more game-time over the past seven weeks.


popular
Roy Keane cheers all Celtic fans with response to Rangers title win
Micah Richards walks right into Roy Keane's trap as he attempts to defend Sergio Reguilón
The SportsJOE 12 o'clock quiz | Day 313
Conor McGregor bought out of Proper 12 whiskey company
The SportsJOE 12 o'clock quiz | Day 312
Jacob Stockdale back as Ireland squad for Scotland game announced
Longford leaving cert schools Europe's finest with measured masterclass
You may also like
6 days ago
Ugo Monye's Lions XV features two Ireland players and Welsh captain
6 days ago
Strong Ireland team Andy Farrell should pick to turn over Scotland
1 week ago
Welsh star backs Ringrose and Henshaw for Lions backline
1 week ago
Full text of Craig Casey's interview after lively Ireland debut, and initiation song
1 week ago
Ireland release Craig Casey, Bundee Aki and 11 more back to provinces
1 week ago
"I was like, ‘My ear is hanging off my head. Can you not see that?!'"
Next Page