An even split between Munster and Leinster.

The list of nominees for the Rugby Players Ireland end of season awards have been announced.

Reflecting the fantastic season enjoyed by Ireland and the excellent , dual trophy campaigns of Munster and Leinster, two of the four provinces dominate the nominees.

END_OF_DOCUMENT_TOKEN_TO_BE_REPLACED

Keith Earls and Conor Murray are both up for Zurich Players' Player of the Year, with the Leinster pair of Johnny Sexton and Tadhg Furlong joining them on the final shortlist.

Earls, who visited The Hard Yards studio to promote the Zurich-sponsored awards, said:

"It's an honour to be nominated by my fellow players for the 2018 Zurich Players’ Player of the Year Award, alongside my teammates and friends. Tadhg, Conor and Johnny have had stand out performances so I’m delighted to be there alongside them.

"Whilst it’s fantastic to be celebrating some fantastic moments this season like the Grand Slam, we’re conscious that we’ve got the closing stages of the Guinness PRO14 ahead – there’s still a lot to play for. To see so many exceptional young players shortlisted for the Nevin Spence Young Player of the Year Award really points to a strong future for Irish rugby – and even bigger and better seasons ahead."

As Earls mentioned, there are some outstanding nominees in the Young Player category - Leinster's Jordan Larmour and James Ryan, with Jacob Stockdale of Ulster rounding out the trio. 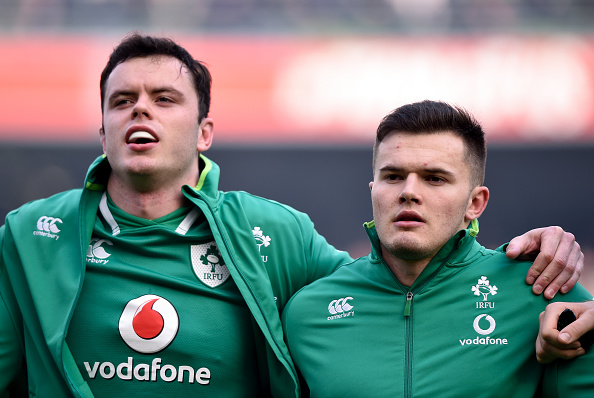 ZURICH PLAYERS’ PLAYER OF THE YEAR 2018

The awards ceremony will take place in Dublin next month.


popular
"It's giving the Kerry team a bad image. They don't look like footballers, they look like gurriers." - Liveline has peaked
Bundee Aki overheard in the stands after Faf de Klerk hit on Conor Murray
Eoin Murphy's calls from the goals show Cork they're in for a completely different ball-game
Gatland on his decision to start Bundee Aki, and drop Tadhg Beirne
"That's one of the best races I've ever had" - Coscoran kicks like a demon to seize the day
The SportsJOE 12 o'clock quiz | Day 377
What a waste of bloody talent
You may also like
6 days ago
Ireland's rowing heroes on what everyone was shouting as they beat Team GB to bronze
6 days ago
"Hopefully it gives young girls real hope that anything is possible. If we can do it, anyone can!"
2 weeks ago
Football is coming to its 'real' home as Dublin set to host major tournament final
3 weeks ago
Full Ireland ratings as Ronan Kelleher inspires USA thrashing
1 month ago
Pre-match comments about Josh van der Flier put performance into perspective
1 month ago
Full Ireland ratings as Andy Farrell's men survive one hell of a scare
Next Page