There may have been a few disagreements but everyone in the room was perfectly content with John Cooney in the No.9 jersey. There was unanimous agreement on Ultan Dillane, and it opened up a potentially dynamic Ireland second row.

He may be a World Cup-winning coach and a man who will be inundated with job offers in the coming weeks and months, but Baz & Andrew's House of Rugby found the perfect use for Felix Jones.

Jones helped South Africa to World Cup glory, in early November, and returned to Ireland after a couple of weeks and ceremonies and celebrations. The former Munster and Ireland fullback offered up a rare interview to House of Rugby and was drafted in to judge a form Irish XV as part of the Guinness 'Black & White' challenge.

Hosts Barry Murphy and Andrew Trimble [from 1:02:00 below] took turns at selecting their teams of in-form players from the current season with Jones deciding the winner. There were a more than a few big calls. 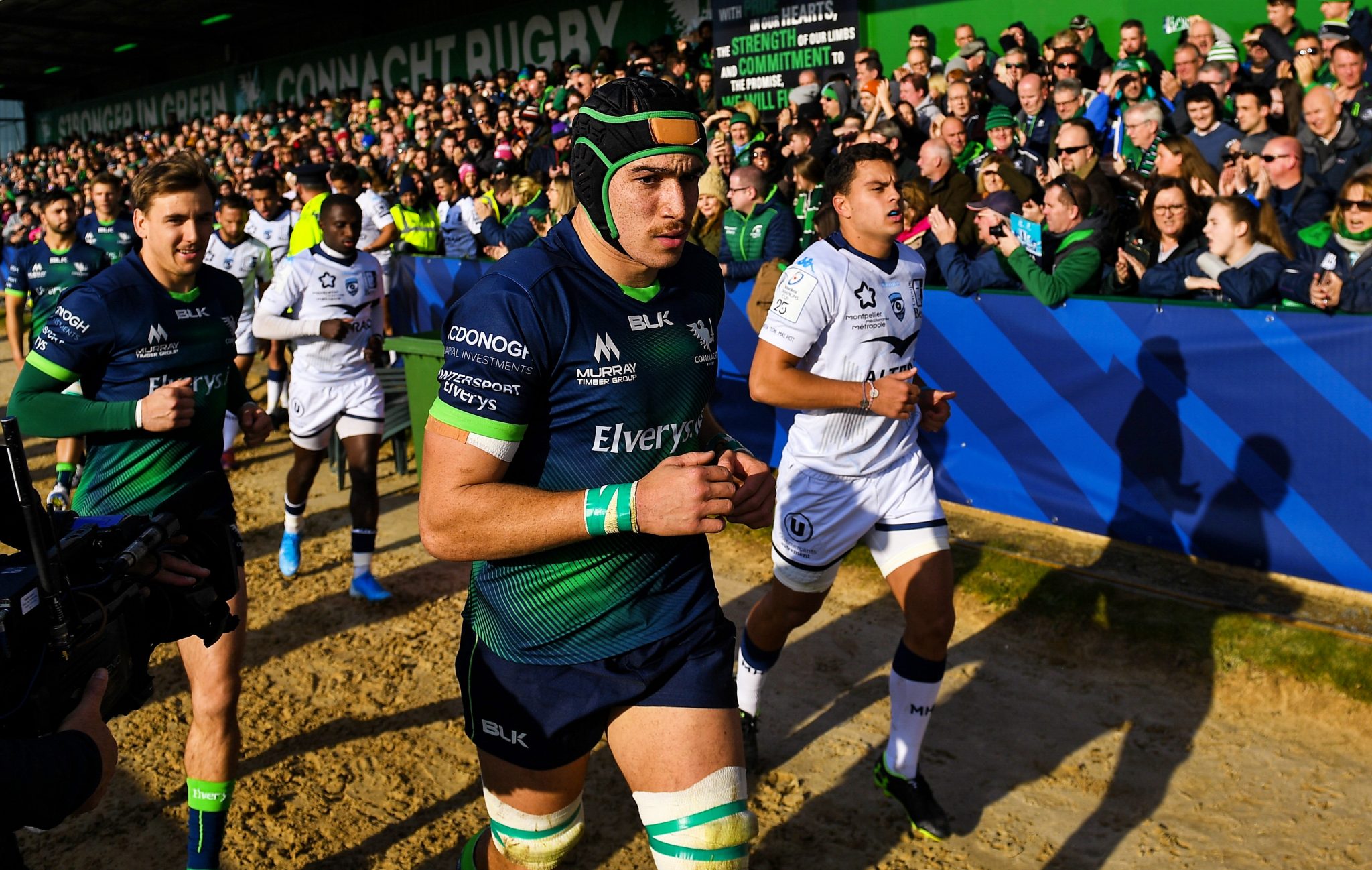 The main criteria for the 'Form XV' of the season, to date, was appearances and performances for the four provinces. That left several Ireland internationals with work to do, but several of those that were in Japan have made the cut.

Starting with Trimble, he selected Jeremy Loughman, Ronán Kelleher and Marty Moore in his front row. Locking down behind those three are Ultan Dillane and James Ryan with Scott Penny named blindside. The Leinster back row has only played four times this season (two starts) but Trimble reasoned, "I know that he hasn't played very much but... he shows enough potential and try-scoring pedigree."

END_OF_DOCUMENT_TOKEN_TO_BE_REPLACED

The rest of Trimble's team was rounded out by Cooney, Conor Fitzgerald at outhalf, wings of James Lowe and Rob Lyttle, a midfield pairing of Rory Scannell and Garry Ringrose, with Andrew Conway at fullback.

Murphy and Trimble agreed on 10 players, with the only differences being Rhys Ruddock (6), Josh van der Flier (7), Keith Earls (11), Stuart McCloskey (12) and Will Addison (15). Both Trimble and Murphy have been impressed with Dillane this season.

"He was great in their two European games," says Murphy, "and was their stand-out player over in Toulouse. He is such a powerful athlete and he greats through so much work."

Dillane has eight appearances for Connacht this season and is nearing the levels that saw him, aged 22, make an instant impact on his Ireland debut, against England at Twickenham, in 2016. That was the season that saw him win the Guinness PRO12 with Connacht, forming an excellent partnership with Aly Muldowney, and pick up five more Test caps.

He was an excellent impact sub in the Soldier Field win over New Zealand but Connacht struggled to keep up their performance highs with a stretched squad and he fell down the Irish pecking order. 2018 a tough year for him - he lost his mother that February - and he did not feature at all for Ireland.

He returned to the Ireland squad in 2019 and made three Test appearances but missed out on World Cup selection. He has responded well to that disappointment and looks reinvigorated under Andy Friend.

With Andy Farrell now the Ireland head coach, there may be further opportunities for him in 2020. If he can continue to build on his decent form, it could lead to a second row partnership with James Ryan that would certainly cause some trepidation for Ireland's Six Nations opponents.