Brought to you by NOW

One side have the edge in this Combined XV.

END_OF_DOCUMENT_TOKEN_TO_BE_REPLACED

One team is set to gain the upper hand on Saturday in the second Test of Ireland's summer tour to New Zealand, a match that is available to stream with a NOW Sports Membership.

Andy Farrell's side know the epic task that awaits this weekend , but they hold their own in this combined team. 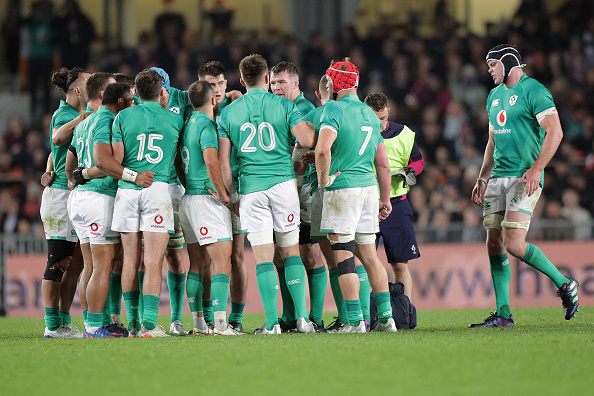 There is a relatively even share in our selection too, but one side has to edge it. The biggest calls are centres, front- and second-row.

END_OF_DOCUMENT_TOKEN_TO_BE_REPLACED

As we all know by now, Ireland went 111 years in Test rugby before finally beating the All Blacks. That historic result came at Soldier Field, Chicago in 2016 and has ramped up the long rivalry between both nations.

Since then, New Zealand secured a win in Dublin, at the 2019 World Cup quarter-final and, more recently, in the First Test of Ireland's 2022 summer tour. With Joe Schmidt and then Andy Farrell coaching, Ireland followed up that Chicago triumph with November wins at Aviva Stadium, in 2018 and 2021.

When it came to selecting a combined team from the best players in both the current Ireland and New Zealand sides, we have leaned on form over the past season, but some tight calls saw us go back to the player's playing CV, accolades and impacts they had on big games. 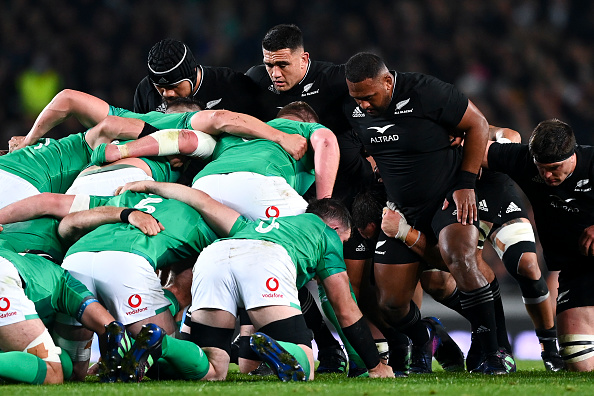 Ireland with more up front, but Kiwis litter backline

END_OF_DOCUMENT_TOKEN_TO_BE_REPLACED

Starting off with our combined team backline, we have opted for the half-back pairing of New Zealand's Aaron Smith and Beauden Barrett. As good as Jamison Gibson Park and Johnny Sexton are, at their pomp, Smith and Barrett have major tournament pedigree and are unstoppable when they get going.

We have plumped for the Irish centre pairing of Robbie Henshaw and Garry Ringrose, ahead of the likes of David Havili and Jack Goodhue. There could be a case made for Rieko Ioane, but most of his best Test match deeds have been performed out on the wing. The back three has James Lowe on the left wing with Will Jordan on the right and Jordie Barrett bumping out Hugo Keenan at fullback.

Up front and while we are confident in our Andrew Porter and Tadhg Furlong picks, there may be some debate at hooker. We have selected Rónan Kelleher [out of this tour with a shoulder injury] but there is a strong case to be made for Codie Taylor. Then you have Dane Coles, who has world-class pedigree but is a few years past his very best.

Tadhg Beirne was the best second-row shout for Ireland, but the All Blacks pairing of Sam Whitelock and Brodie Retallick make a compelling case. In the back row, Caelan Doris shifts to blindside to accommodate Ardie Savea at No.8. Sam Cane is unlucky to miss out, but we had to find a place for Irish and European Player of the Year, Josh van der Flier.

OUR COMBINED IRELAND & ALL BLACKS XV

Stream the biggest sporting moments with NOW, including all the final two Test matches between Ireland and New Zealand, as well as the midweek game against the Maori All Blacks, on Wednesday, July 13 [from 8:05 am].