All change in the Irish back row.

Ahead of Saturday afternoon's Autumn Nations Cup game against England, Andy Farrell has made several changes to the Ireland team that defeated Wales 32-9 last weekend.

Farrell has restored CJ Stander and Bundee Aki to the starting XV while giving Ross Byrne the No.10 jersey and Keith Earls a start on the right wing. In the back row, Stander is blindside, Peter O'Mahony openside while Caelan Doris sticks at No.8.

The Ireland team will be captained by James Ryan after Johnny Sexton was ruled out with a hamstring injury. On Tuesday, teammate Andrew Conway, who has missed out on the match-day squad, raved about captain Ryan. He commented:

"As a player there are very few like him that I've come across. He's come in and he's been able to transition (the best) from schools to U20s and he was playing international rugby pretty soon after.

"And instead of what happens a lot of people, they might stall a bit or think they have it sussed. He's a fella who will have his week planned out to get better and he's constantly adapting and looking to lead through his  actions. He's also looking to lead by communication and bringing people with him." 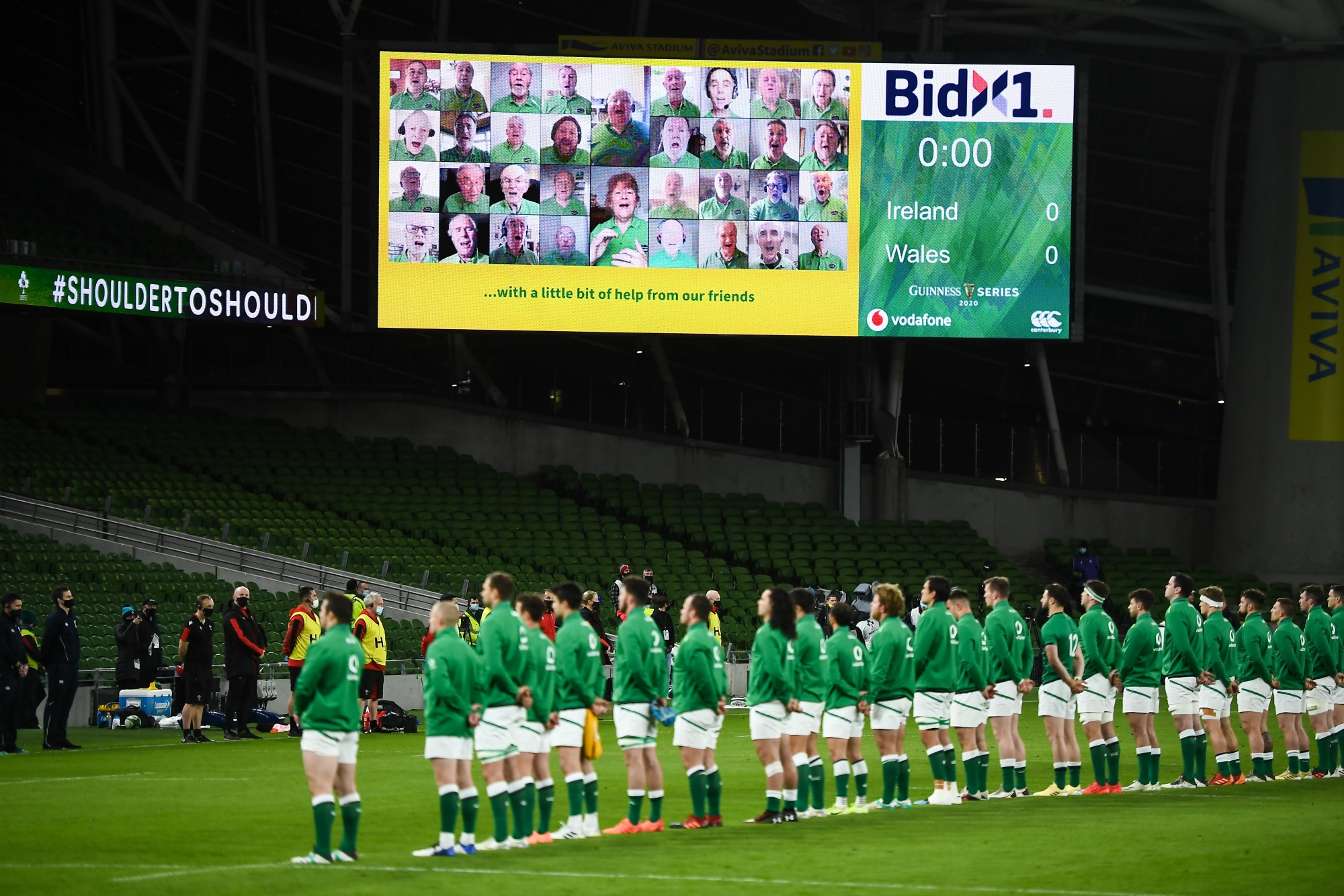 The Harmony Federation choir sing Ireland's Call with the Ireland team ahead of the Autumn Nations Cup against Wales at the Aviva Stadium. (Photo by David Fitzgerald/Sportsfile)

Elsewhere in the Irish XV, Ronan Kelleher gets another start at hooker, Jamison Gibson-Park starts at No.9 again while Hugo Keenan is retained at fullback.

END_OF_DOCUMENT_TOKEN_TO_BE_REPLACED


popular
"Some of the generals wanted me executed" - Irish rugby legend on flag caper that went wrong
"Johnno went, 'We’re not moving! You're trying to mess us about!'" - Ben Kay recalls red carpet controversy
Rio Ferdinand claims that Cristiano Ronaldo should have been told to 'sit down' against Young Boys
Michael Schumacher paralyzed and suffering from memory and speech problems
"I am a very nervous person" - Morgan's pre-game routine shows that nerves are part of the journey
Andrew Trimble has to put his puke in his pocket as Mulcahy struggles with heavy handed leadership
It won't mean much but Pat Spillane's compliment to Mayo and to Lee Keegan says it all

You may also like
17 hours ago
Katie McCabe believes that equal pay deal with FAI "doesn’t add pressure"
2 days ago
Clinton Morrison shares advice Roy Keane gave him on morning before Saipan showdown
1 week ago
Ireland's best XI under Stephen Kenny starting to take shape
1 week ago
Serbian media react to 'True Football Tragedy' and hail "amazing" Gavin Bazunu
1 week ago
"I was already taking my jersey off!" - Andrew Omobamidele's post-match interview was so pure
1 week ago
Gavin Bazunu, Andrew Omobamidele and a glimpse of better days ahead
Next Page