Ireland name exciting team to face the All Blacks

The four changes we predicted have come to pass.

There are four changes from the side that beat Argentina 28-17 last weekend, with Rob Kearney, Dan Leavy, Garry Ringrose and Devin Toner all coming in.

END_OF_DOCUMENT_TOKEN_TO_BE_REPLACED

The front row is unchanged from the trio that started against Argentina, with Cian Healy, Rory Best and Tadhg Furlong all packing down. Toner joins Leinster teammate James Ryan in the second row while Dan Leavy is in the back row with Peter O'Mahony and CJ Stander. 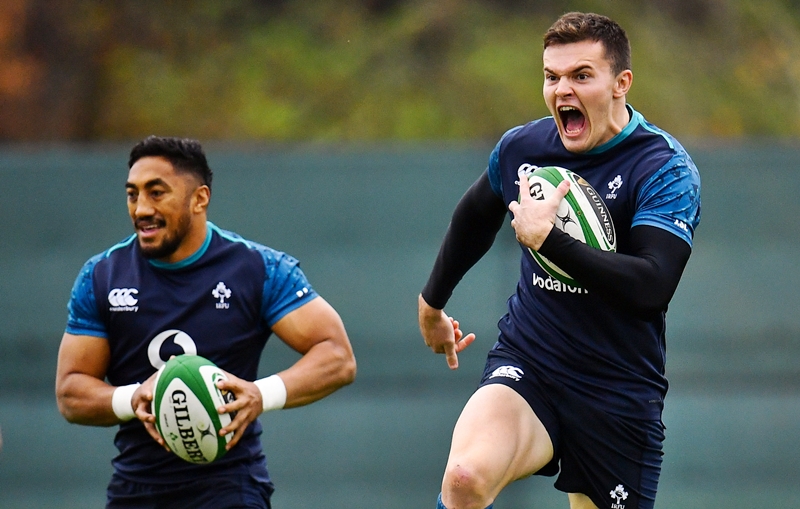 The backs begin with Kieran Marmion and Johnny Sexton at 9 and 10, with Ringrose coming in at outside centre to partner Bundee Aki.

Kearney takes up the fullback role with Keoth Earls and Jacob Stockdale on the wings. Jordan Larmour, Joey Carbery and Luke McGrath are the back reserves on a decenmt-looking Ireland bench.

END_OF_DOCUMENT_TOKEN_TO_BE_REPLACED

Hansen has brought in Ryan Crorry for the injured Sonny Bill Williams in the only changed to the starting XV that helped beat England 16-15. The side contains a host of familiar faces, from Brodie Retallick and Sam Whitelock in the second row to Aaron Smith and Beauden Barrett as the half-back pairing.


popular
"Johnno went, 'We’re not moving! You're trying to mess us about!'" - Ben Kay recalls red carpet controversy
"Some of the generals wanted me executed" - Irish rugby legend on flag caper that went wrong
Tommy Fury spotted having the time of his life at student night out
Pep Guardiola refuses to apologise to Man City fans after attendance plea
Garry Ringrose challenges "pretty ridiculous" changing conditions for women's players
Deontay Wilder calls Tyson Fury 'one of the biggest cheats in boxing'
No Simon Zebo or John Cooney as Ireland gather 50 players for one-day camp