"The lads will learn from this experience."

It was always going to be hard to give Andy Farrell a completely clean slate when he took over as Ireland head coach. After all, he was so often pictured right by Joe Schmidt's side as the highs of 2018 gave way to the all too familiar lows of 2019 and another failed World Cup.

Farrell took over from Schmidt in November 2019 but didn't get his first squad together - and it was an unofficial, non-playing one - until late December of that same year. It was another month before he assembled a playing squad for the 2020 Guinness Six Nations, and he only got three games into that before the Covid-19 pandemic caused a six-month delay in the rugby season.

It has not been easy for Farrell and, for the Six Nations and Autumn Nations Cup, he has not been able to call on the likes of Tadhg Furlong, Garry Ringrose, Jean Kleyn, Dan Leavy, Ryan Baird, Joey Carbery, Jordan Larmour, Iain Henderson, Dave Kilcoyne, Johnny Sexton and Robbie Henshaw for some big games.

Still, there is plenty of experience among his coaching staff and in his playing squad. Rory Best and Rob Kearney may have left the Test stage - and Devin Toner has been discarded - but there is still a hardened cohort to call upon, including Conor Murray, Peter O'Mahony, Keith Earls, Cian Healy and CJ Stander.

Talk to any of the Irish players in recent weeks and they will insist they are on the brink of something special. This is the group of lads, we are told, that are capable of challenging the best in the world. So far, we have seen little evidence of that.

A dominant England have doled out two defeats while France ran away from Ireland in the second half of Six Nations decider that ultimately opened the door for Eddie Jones' men to capture the trophy. There have been good passages of Irish play and a handful of decent performances but Farrell's side have failed their three biggest tests to date.

Reflecting on his side's 18-7 loss to England, Farrell was asked if he felt the gap was closing to last year's World Cup finalists. He responded:

"Of course. You see signs because some of that stuff out there is absolutely priceless for us. I heard James [Ryan] say before about the journey that we're on in comparison to England, it's a completely different side of the spectrum really.

"We'll learn a lot about playing against a really good side, number two in the world, at home. We'll learn invaluable experiences from dealing with pressure basically, the pressure that they put on - whether we're going to stick to task or making decisions or go into our shells, etcetera. We'll analyse all those decisions and make sure we take some good learning from it.

"But I thought the character, as you would expect from any Irish side, was second to none, especially in that second half. Some individuals became proper international players, I would have thought. There were some immense performances and from guys that would look back and be a little bit disappointed, they'll be bigger and better for the experience as well." 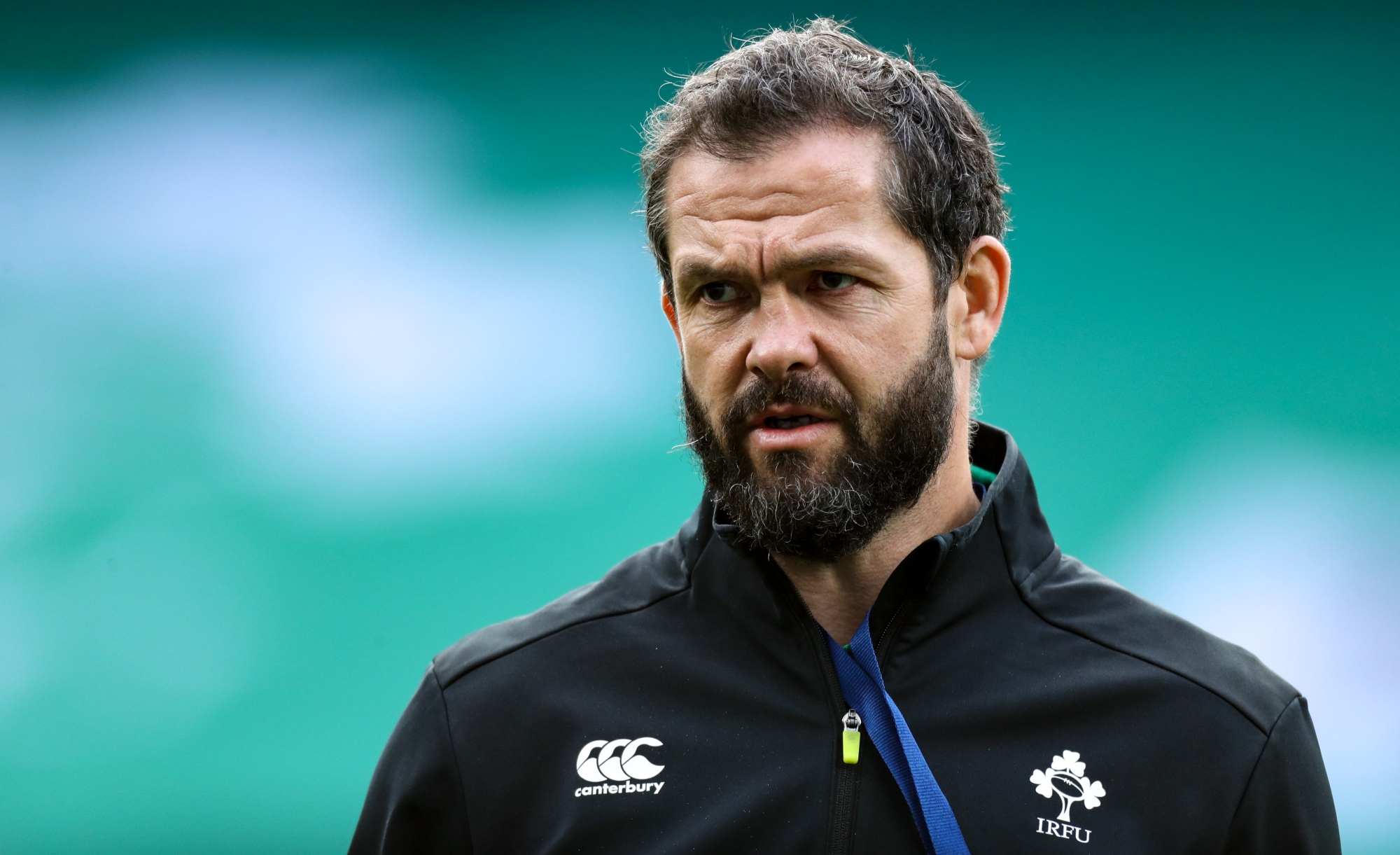 Ireland head coach Andy Farrell prior to the Autumn Nations Cup match against England at Twickenham. (Photo by Matt Impey/Sportsfile)

END_OF_DOCUMENT_TOKEN_TO_BE_REPLACED

The problem for Farrell is that he has not arrived in from a successful province (like Declan Kidney or Joe Schmidt before him) or from foreign climes. He was Joe Schmidt's No.2, so supporters invariably associate him with the previous incarnation of this Ireland team.

Asked if he could understand how Irish fans could be frustrated at being soundly beaten by England, yet again, Farrell commented:

"Well as I've just said the reasons why they are a brick wall is because they're a good side, their tactics of being able to slow the ball down, etcetera, is the reason for that obviously.

"That England side have been together for 10 years, they've been through some massive ups and downs and it's those down times that they've learned from the most, and they've become a fabulous side over a decent period of time. And we're on a completely different journey.

In his post-match chat with RTE, Farrell spoke about players coming of age at international level and going from 'boys to men' at Twickenham. He only name-checked Chris Farrell (27) after that claim, but later backed those comments up and mentioned Caelan Doris (22), Hugo Keenan (24), Billy Burns (26) and Jamison Gibson-Park (28).

Perhaps searching for morsels of positivity after another tough learning day for this Irish side, Farrell was asked if his men could mount a seious challenge in the 2021 Guinness Six Nations.

"Yeah, of course," he replied. "You speak to those lads in the changing rooms and they're gutted that they've lost the game but they've showed tremendous spirit there and we'll just show them where the belief needs to keep coming from and we'll be fine on the way forward."

We'll have whatever Andy Farrell is having.


popular
Rory O'Connor gets Wexford out of jail as Shanagher throws it back
Alisson gives moving post-match interview after scoring late winner for Liverpool
Conor McGregor sends message to new UFC lightweight champion
QUIZ: Can you name these La Liga cult heroes?
'Stop, stop, STOP!' - Texas crowd left stunned as UFC legend has arm snapped
Burnley report Leeds' Ezgjan Alioski over gesture made towards Dwight McNeil
The SportsJOE 12 o'clock quiz | Day 352
You may also like
6 days ago
Ireland confirm summer Tests, in Dublin, against USA and Japan
1 week ago
Performances against England saw Bundee Aki and Jack Conan become Lions
1 week ago
James Ryan and Iain Henderson may be fighting for one Lions spot
2 weeks ago
Tadhg Furlong declared 'single most important player for Lions touring party'
2 weeks ago
"It's going to be the biggest thing in this person's life, ever" - Rory Best reveals his Lions captain pick
2 weeks ago
When Gordon D'Arcy brought a coffee to a Joe Schmidt walk-through
Next Page