Jerry Flannery on the moment that "absolutely killed us" against Japan

It is a strange place to be, this weekend.

Normally, in sporting terms, it is the Irish victory that is proclaimed as something for the underdogs to cling to. Ireland upsetting the odds to topple a world power by playing with bravery and belief.

On Saturday in Shizuoka, Ireland were the Tier One bullies arriving with their superstars, their power game, their expectant fans and a media pack already looking ahead to the quarter finals, and beyond. Ireland were Goliath but it sure didn't feel that way out on the pitch.

After a rapid-fire start, Ireland led 12-3 but Japan had been in fifth gear from the start and they never let up. Joe Schmidt's men were reportedly put through the wringer in pre-season but they looked out on their feet even before half-time. The second half was an even tougher watch and they were left clinging on to a 19-12 defeat that puts their chances of reaching the knock-out stages in peril.

On the latest episode of Baz & Andrew's House of Rugby, former Ireland internationals Barry Murphy, Jerry Flannery and Andrew Trimble looked back on 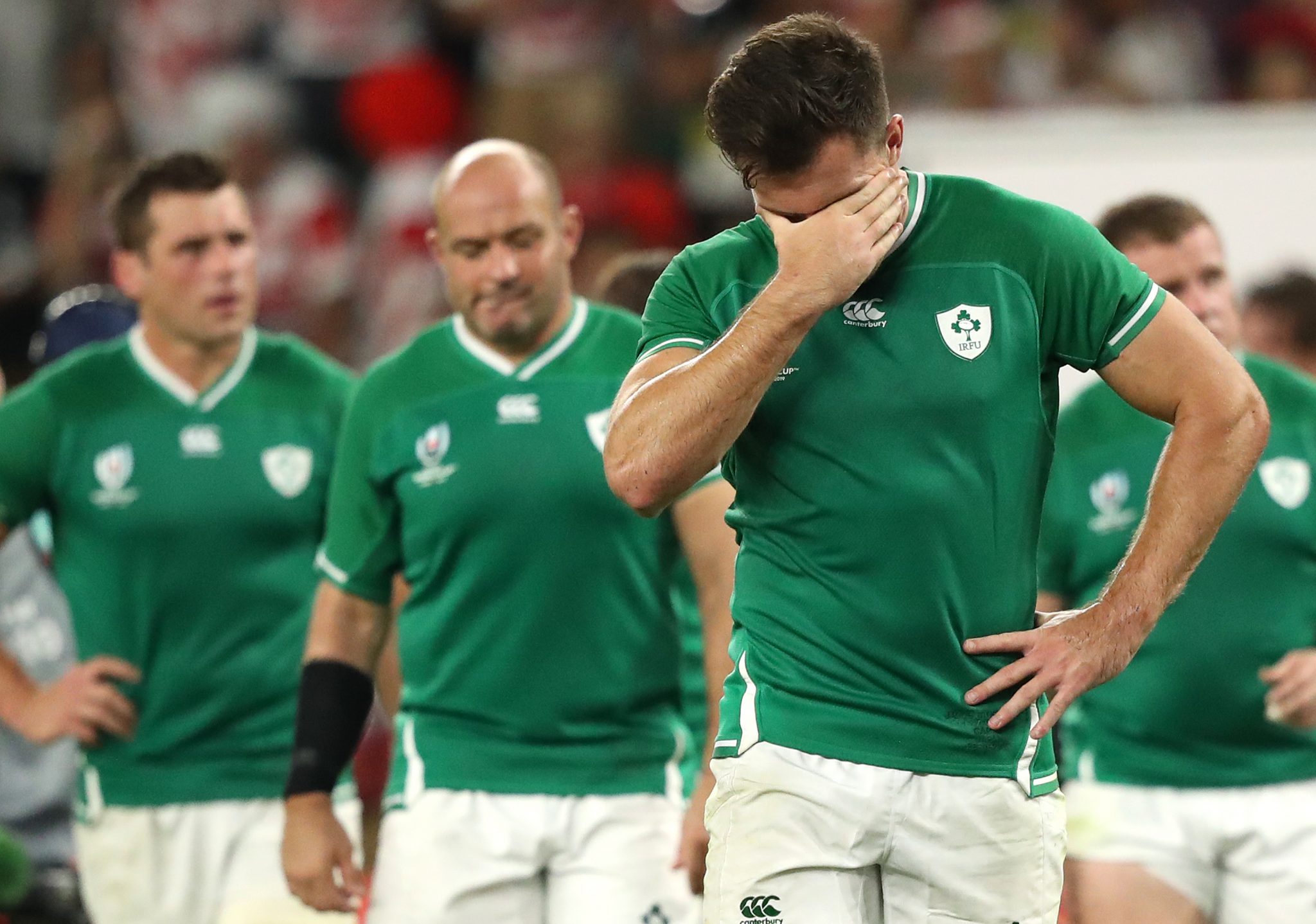 After going 12-3 behind, it was Japan that took the fight to Ireland. After that converted Rob Kearney try, Ireland did not have another kick at goal or what you would call a gilt-edged scoring chance. It was all Japan.

Yu Tamura kicked two penalties but Ireland still led with 57 minutes gone and then, for Ireland, it all went to pot. Flannery says:

"The turnover on 57 minutes absolutely killed us. When Chris Farrell carried into CJ Stander, it killed us and that turnover was really, really costly... When stuff like this happens, the players have to take ownership of it. We were definitely out-worked and, strategically, we could have played so it was more of an arm-wrestle than coughing the ball up so easily."

Looking back at the moment Flannery is referring to, it all started with a positive, on 55 minutes.

Michael Leitch - dipping low and charging bull-headed - lost the ball forward when Chris Farrell, who took the brunt of it, and Jacob Stockdale combined to force the knock-on:

Leitch went down for treatment for what looked to be a carry that was reckless for both him and the tackle, leading with the head. Farrell would go off for a concussion check soon after and would not return. That, in a big may, might explain what happened at the next set-play.

On 56:58, Conor Murray put the ball into the Irish scrum, inside their own 22. The ball was quickly fed back to CJ Stander but he kept the ball by his feet for a few seconds longer before, on 57:06, picking and running. Perhaps the Irish logic here was to fatigue the Japanese pack a bit by keeping them locked in a scrum longer, freeing up the Irish backline a bit.

The planned move involved Stander running to his right but popping the ball to Farrell, who was coming at a different angle to cut back inside and run at replacement scrum-half Fumiaki Tanaka. There was confusion between Stander and Farrell, though, and the centre ended up carrying straight into his teammate for an accidental offside penalty against Ireland.

Farrell was running back into heavy traffic, with Japanese openside Pieter Labuschagne detaching from the scrum and getting over quickly, but Stander should have check his own run or took a step to his right.

It left Japan with their own attacking scrum in the Irish 22 and, within one scrum and five phases, they were over in the corner for the matchwinner.

Crucially, in each of their five phases, Japan recycled the ball in less than four seconds, giving the Irish defence little time to set.

Also, Farrell was out of the defensive line as he had shipped another heavy blow on the first phase off the Japan scrum, when both he and Ringrose stopped Japan inside centre Ryoto Nakamura. 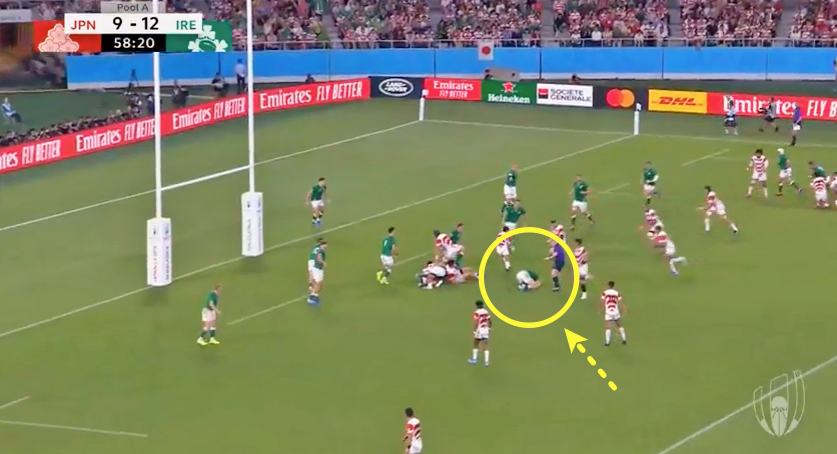 That, and the speed of the Japanese phase play, left Ireland exposed out wide and some slick handling in the final moments saw Timothy Lafaele find Kenki Fukuoka to score in the corner.

A deserved lead for the hosts as Kenki Fukuoka finishes after huge pressure from Japan.

As Tamura lined up a conversion he would eventually slot over, Ireland made four changes - Farrell, Rory Best, Tadhg Furlong and Jack Carty all going off - but there was no way back.

The underdogs had all the hunger and, on this occasion, bite to match their incessant bark.