Eight changes but more than enough quality to put a beating on the Italians.

"Well Johnny," Virgin Media's Sinead Kissane asked, "was that one of the toughest days of your career out there?"

If 2019 never happened, we may well have struggled to believe the Ireland captain. 2019 did happen, though, and Ireland are still dragging around the baggage.

In the past 13 months, Ireland have been on the receiving end of bad defeats to England (three times), Wales, Japan and New Zealand. They have won 11 matches in that period, too, but the big occasions are getting to them of late.

Going into Sunday's Triple Crown decider against England, there were not many of us grumbling with Andy Farrell's squad selection for the game. Sure, some were calling for Keith Earls, Dave Kilcoyne and Caelan Doris to start but there was nothing radical being suggested. Ireland were two from two in the Guinness Six Nations and just about everyone had at least one really good game under their belts. Even Conor Murray was getting praised again.

It did not even take the full 80 minutes for the confidence of Irish fans in their team to completely shatter. With 25 minutes on the clock, Ireland were 14-0 down and not so much on the ropes as pummelled straight through them and into the front row. 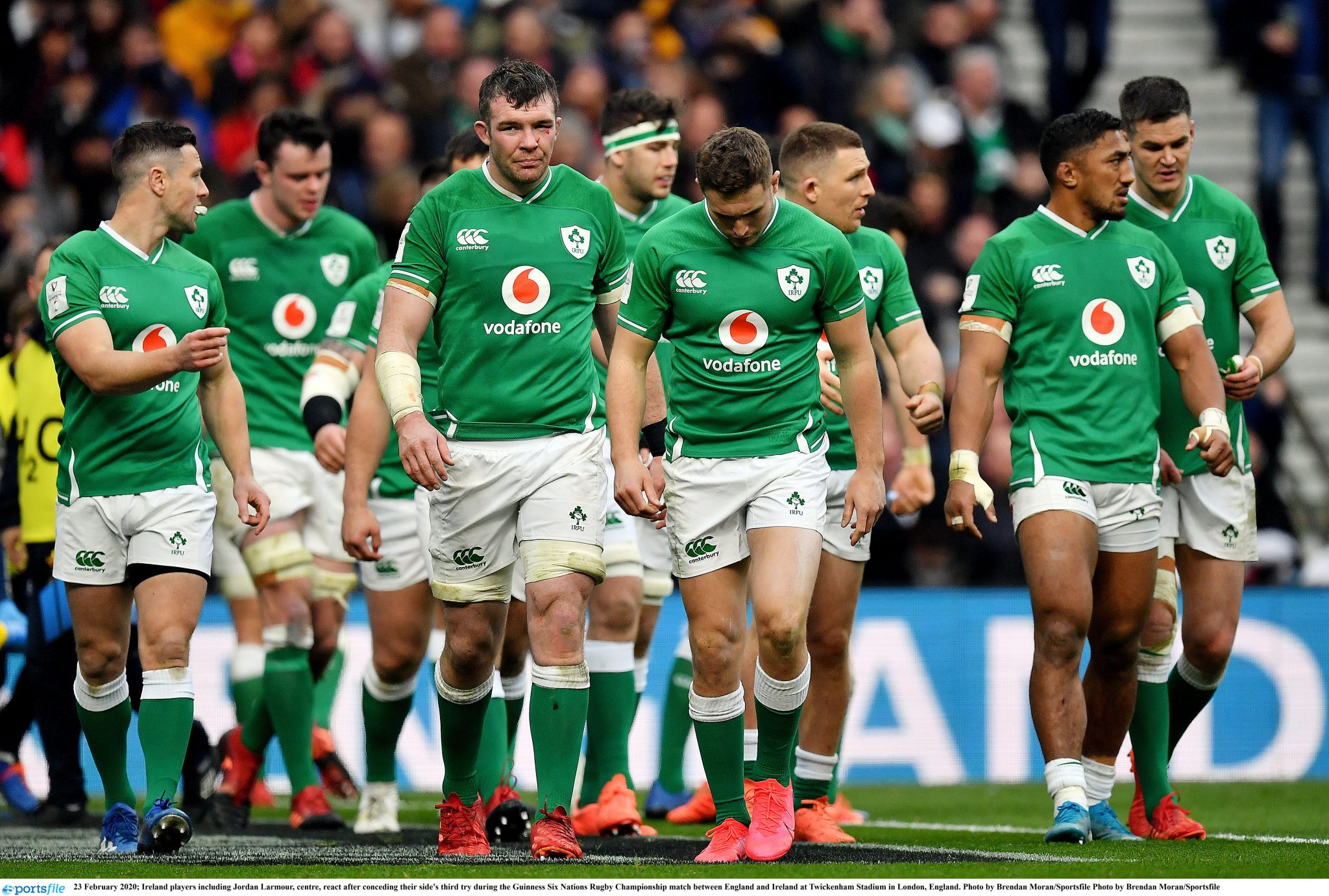 Ireland kept on plugging away and got a late, consolation try from Andrew Porter than keeps their championship hopes alive. To get there, and win their fourth Six Nations title in seven outings, Ireland need to put a big beating on Italy to tee themselves up for a potential decider with France on March 14.

Andy Farrell will surely refresh his troops for the home game against Italy and here are the changes we would like to see. The entire front row gets refreshed while Iain Henderson comes back into the second row. We are tempted to go with Max Deegan from the get-go, at blindside, but CJ Stander should prosper against the Azzurri while Caelan Doris deserves a start in the No.8 jersey.

END_OF_DOCUMENT_TOKEN_TO_BE_REPLACED

In the backline, we are starting John Cooney and, with one eye on the France game, putting him in beside Johnny Sexton. Chris Farrell gets the No.13 jersey (if Garry Ringrose is not fit) while Robbie Henshaw shifts to inside centre. Jordan Larmour gets a start on the left wing in order to give Will Addison a go at fullback, once again with an eye on France.

On the bench, we're going with some real dynamism and oomph with the likes of Tadhg Furlong, Ultan Dillane, Max Deegan and Keith Earls waiting in the wings.

You may also like
2 weeks ago
We challenge any rugby player to top Jack McGrath's lockdown hobby
2 weeks ago
James McClean opens up on sickening, Covid-related hate mail
3 weeks ago
When the President interrupted a Euro 88 pint between Charlton and Dunphy
3 weeks ago
How an uncultured Englishman conquered Ireland's sporting heart
3 weeks ago
The SportsJOE 12 o'clock quiz | Jack Charlton special (Day 112)
3 weeks ago
Growing up in the shadow of Jack Charlton's Ireland
Next Page