Joe Schmidt has only named three locks in his touring squad for this summer.

Ireland will extend their squad from 31 to 32, next week, and it appears to be resting on whether a returning player can prove his fitness.

Earlier this afternoon, the IRFU released its squad of players for the June Tests against the United States and Japan [twice].

END_OF_DOCUMENT_TOKEN_TO_BE_REPLACED

No captain was named with the squad but an IRFU spokesperson confirmed that Joe Schmidt will announce one before they fly out to the East Coast of America.

A statement during the squad release opened the door, too, to an extra player joining up with the squad.

'An additional player will be added to the squad following next weekend's provincial fixtures.' 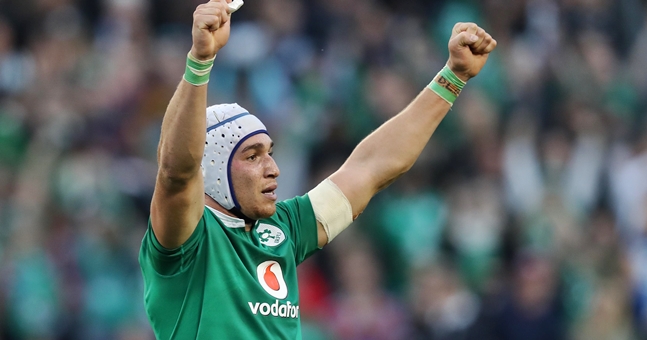 END_OF_DOCUMENT_TOKEN_TO_BE_REPLACED

Heaslip was favourite to captain Ireland this summer after missing out on the British & Irish Lions squad. He has yet to play since pulling out of Ireland's final Six Nations match against England on March 18.

Dillane, it was also confirmed today, returned to team training with Connacht this week and may be in contention for the Champions Cup playoff with Northampton Saints, this weekend.

With only Devin Toner and two uncapped locks - James Ryan and Kieran Treadwell - in Schmidt's squad, one suspects Dillane will be the final piece in Ireland's puzzle.

As for a tour captain, Keith Earls, Cian Healy and Devin Toner seem to have the best cases, based on seniority at least.