Andy Farrell has brought in two young guns to help with his team's preparations.

Ireland have called Munster back-row Gavin Coombes and the versatile Leinster forward Ryan Baird for a week of training with the senior squad.

The additions have been made after Farrell lost two senior players to injury set-backs. An IRFU statement on the refreshed squad reads:

'Caelan Doris and Quinn Roux have returned to their respective provinces for further medical assessment.

'Caelan has flagged some symptoms that could be associated with concussion.   He has returned to Leinster to allow his symptoms to be appropriately assessed and investigated. Quinn has a neck complaint that has not settled so he has returned to Connacht.

'Munster back-row Gavin Coombes and Leinster lock Ryan Baird will train with the Ireland squad this week. All other squad members are expected to train this week.' 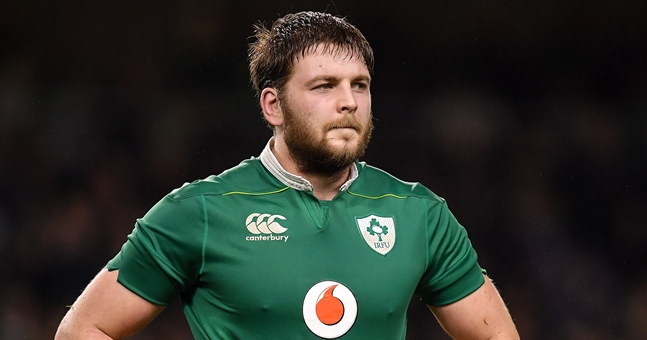 END_OF_DOCUMENT_TOKEN_TO_BE_REPLACED

"They are two injuries you never want to be messing around with," says Ireland's forwards coach, Paul O'Connell. "You have to be careful... it's frustrating for them and for us. Caelan is a fantastic player. I worked with him in the Under 20s and he was incredible. He has that X factor, and you need those players in world rugby.

"I played against Quinn a few times towards the end of my career, and he was excellent. We'd a laugh about my last game against him and Connacht at The Sportsground. We lost to them and he was brilliant that day."

With all other senior players out on the training paddock, this week, Ireland expect Iain Henderson to be in the selection mix for Sunday's game against Wales.

"A big part of consistency [for Iain] is being injury free," says O'Connell. "He's in a work-rate position, where the fitter you are, the more you can deliver. He's been unlucky with injuries. He's obviously a big man, and we don't really breed them that big. He's been really impressive since I've come in, in terms of his work-rate, training and his work-rate off the field, in terms of his preparation and analysis."


popular
"Some of the generals wanted me executed" - Irish rugby legend on flag caper that went wrong
"Johnno went, 'We’re not moving! You're trying to mess us about!'" - Ben Kay recalls red carpet controversy
Michael Schumacher paralyzed and suffering from memory and speech problems
Rio Ferdinand claims that Cristiano Ronaldo should have been told to 'sit down' against Young Boys
Andrew Trimble has to put his puke in his pocket as Mulcahy struggles with heavy handed leadership
"Jesus, the man deserves an All-Ireland medal, but it doesn't look like he's going to get one now"
"I am a very nervous person" - Morgan's pre-game routine shows that nerves are part of the journey
You may also like
17 hours ago
Katie McCabe believes that equal pay deal with FAI "doesn’t add pressure"
2 days ago
Clinton Morrison shares advice Roy Keane gave him on morning before Saipan showdown
3 days ago
Full Ireland player ratings as underdogs Spain put World Cup hopes in danger
1 week ago
Ireland's best XI under Stephen Kenny starting to take shape
1 week ago
Serbian media react to 'True Football Tragedy' and hail "amazing" Gavin Bazunu
1 week ago
"I was already taking my jersey off!" - Andrew Omobamidele's post-match interview was so pure
Next Page