Ireland expected to go with big guns for England duel

"They're the guys you want to be doing well, really, if the World Cup is to go well for us."

This Saturday at Twickenham, Ireland come up with the team that shook them to their foundations in the 2019 Guinness Six Nations.

England came to Dublin, in early February, and took the fight to the reigning champions. They won 32-20 but the game was not as close as the final scoreline suggested. Joe Schmidt admitted that his team had been badly stung by the loss and although they reeled of three wins in response, they were forced to swallow similar, physical medicine by the Welsh.

Ireland eased into their World Cup warm-up games with a handy win over Italy, on August 10. England, meanwhile, have faced off against Wales twice and split the results.

On Baz & Andrew's House of Rugby [from 45:00 below] Barry Murphy, Andrew Trimble and Jerry Flannery looked ahead to that game, and some of the big selection calls facing Joe Schmidt. 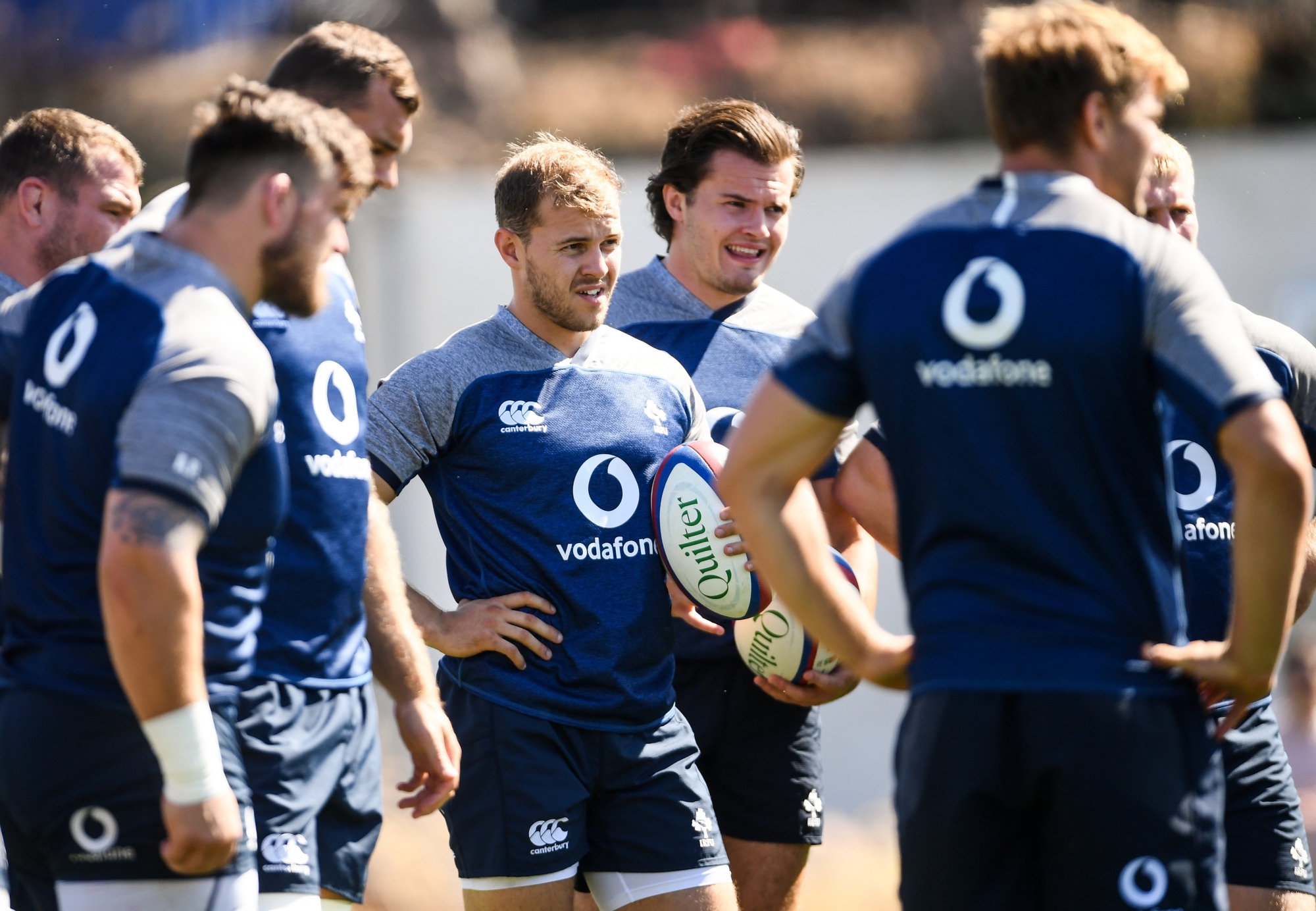 Will Addison, left, and Jacob Stockdale during Ireland Rugby squad training at The Campus in Quinta do Lago, Faro, Portugal. (Photo by Ramsey Cardy/Sportsfile)

"Johnny Sexton will start," offered Murphy, "and I thought Andrew Conway was excellent against Italy. I'd love to see him get more time. He's an option at 15 as well so I'd like to see him get a shot there."

END_OF_DOCUMENT_TOKEN_TO_BE_REPLACED

Trimble would love to see Will Addison, who has been somewhat under the radar, get a chance at Twickenham. "If he gets a go, he could completely change the whole conversation," stated Trimble.

Flannery believes this weekend will be the game to go with the strongest available line-up, just so Schmidt can get game minutes into his big guns. He commented:

"They're gonna want to get Rob Kearney on the field and make sure he is up to speed as their number one. They probably want to make sure that they start to confirm, like, Jordan (Larmour) is going to be our second choice number two, or second choice 15, or get some game-time into Conway or Addison. Because they're probably going to have to bring an extra [outhalf]... Jack Carty is probably going to have to go now because of Joey Carbery's injury, and Jack Carty is a very good player as well. But they'll have to go out there with three specialist 10s.

"So trying to figure out who is going to play 15. I think it should be, listen they are playing against what should be a very strong English side again. I think they should go with as much first choice [players] as they can and just get them on the field. Because they're the guys you want to be doing well, when it's the World Cup, really, if it's going to go well for us. So get game-time into them now."

Schmidt will name his Ireland team around 11am at The Campus, in Portugal, on Thursday [midday, Irish time]. Expect to see the likes of Sexton, Kearney, James Ryan, Rory Best, Peter O'Mahony, Jacob Stockdale and CJ Stander involved.

A reminder that an Ireland win could them leapfrog both New Zealand and Wales to become world number one. Extra motivation, as if it was needed.

You may also like
2 weeks ago
Ireland set for Six Nations decider in Paris on October 31
2 weeks ago
We challenge any rugby player to top Jack McGrath's lockdown hobby
3 weeks ago
James McClean opens up on sickening, Covid-related hate mail
3 weeks ago
When the President interrupted a Euro 88 pint between Charlton and Dunphy
3 weeks ago
How an uncultured Englishman conquered Ireland's sporting heart
3 weeks ago
The SportsJOE 12 o'clock quiz | Jack Charlton special (Day 112)
Next Page