Joe Schmidt has overseen a period of unprecedented success for the Irish rugby team, and yet we need some collective convincing as we near another tilt at the Webb Ellis.

Every four years, whether we tanked, won or had a middling Six Nations, we grit our teeth and hope this will be the Ireland squad that make a serious dent at the World Cup. The squad that will go deep.

Ireland entered 2019 off the back of a hugely successful year. They won 11 from 12 games, including a Grand Slam, Test Series in Australia and beat New Zealand at home for the first time. They were within a hair's breadth of the world number one ranking and had the best coach and, in Johnny Sexton, the best player.

And then England rammed the train off the tracks in early March, 2019. Ireland dusted their bodies and egos down and went to Cardiff with an outside chance of retaining the Guinness Six Nations. Wales worked themselves into an early lead, accumulated penalties and invited Ireland to give it their best shot. Another damaging defeat for Joe Schmidt and his players but many of the Leinster lads in his squad bounced back by winning the Guinness PRO14 and reaching the Champions Cup final.

Heading into their second World Cup warm-up game, against England on August 24, Ireland could go become World No.1 with a victory in Twickenham. We've already absorbed the losses of Dan Leavy and Sean O'Brien and Joey Carbery is the only fresh doubt.

There are plenty of reasons to be hopeful but Murphy, on Baz & Andrew's House of Rugby [from 33:00 below] highlighted a serious concern he has, with Joe Schmidt and Ireland's conservatism, heading into the World Cup. 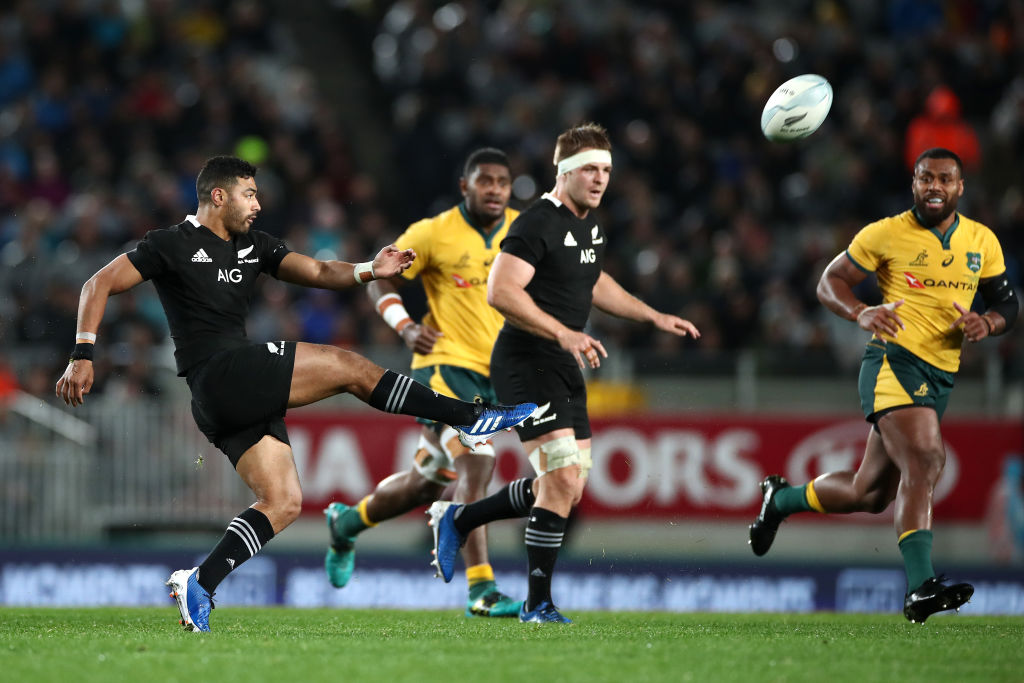 Richie Mo'unga kicks ahead during The Rugby Championship and Bledisloe Cup Test match between the All Blacks and Australia at Eden Park. (Photo by Cameron Spencer/Getty Images)

END_OF_DOCUMENT_TOKEN_TO_BE_REPLACED

Murphy took a look back at Ireland's counter-attacking game from all six of their games, so far, in 2019 and was not impressed. The former Munster and Ireland star feels Joe Schmidt is content with hard workers like Rob Kearney and Robbie Henshaw than game-breakers and genuine counter-attacking demons.

Andrew Trimble worked with Schmidt for four years and he agrees that Schmidt would prefer his players to 'put boot to ball' rather than get caught 'going side-ways or with most of your teammates in front of you'.

"Someone like Jordan Larmour could start forcing it and see an attacking opportunity that's not there and get chopped down behind the gainline, or behind his teammates, there could be turnover ball and that is not what you want from Test match level at all. Joe would be cracking up at that."

Murphy was also poring over the statistics and found something that he believes sums up what separates reigning world champions New Zealand from the rest.

"They have," said Murphy, "for scoring after one to three phases after securing turnover ball, New Zealand have scored 22 tries. This was before Saturday. They had scored 22 tries from the last 18 months in one to two [or] three phases from turnover ball. And now, they scored three against Australia at the weekend so that's up to 25." The debate continued:

MURPHY: "Second in place was Ireland with 9, which I was very surprised to see. But six of them were against Italy so I was like, 'Naah'. And then all the other teams were like 3, 4, and I was thinking, 'This is why New Zealand, for me, are the best team in the world'. Because they can spot that.

TRIMBLE: "I don't think... but that's because they spot it. They're the best team in the world and they read it and they make the right decision. They only go whenever there is an opportunity to go. But, I think, making that right decision is crucial."

MURPHY: "But if you're not given that freedom... "

TRIMBLE: "I definitely don't think Joe would say, 'No counter-attacking today, lads!' I think he would say try and make the right decision or read what's in front of you and be sensible. And maybe we are slightly more conservative but can you imagine the criticism that someone like Jordan Larmour or Rob Kearney would get if they tried to counter-attack from their own have and got chopped down and turned over?"

Murphy feels there may be an expectation for Ireland's back three to just 'leather the ball' and play it safe. 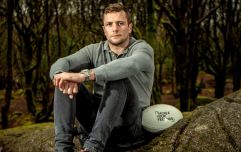 END_OF_DOCUMENT_TOKEN_TO_BE_REPLACED

The fact that Ireland are second only to the All Blacks shows they do consider the counter-attack as an option but Schmidt has them so well drilled to play the percentages that it is so often what the players do.

The World Cup is a mental and physical grind, but the time may come when there is no other option but to cut loose.


popular
QUIZ: Name the blurred Premier League stars | Part 2
The SportsJOE 12 o'clock quiz | Day 7
The SportsJOE 12 o'clock quiz | Day 6
QUIZ: How well do you know Manchester United players of the 90s?
"I'd play 18 holes of Pitch n Putt" - Jack O'Shea's All-Ireland final prep pure class
The SportsJOE 12 o'clock quiz | Day 5
QUIZ: Name every country Robbie Keane scored against
You may also like
4 days ago
"Everybody is in turmoil... we'd be oblivious if we thought nothing would happen to us"
5 days ago
"It's disappointing but a world-wide pandemic, what the hell?!" - John Cooney
5 days ago
Baz & Andrew's House of Rugby - John Cooney pitches in
1 week ago
"We all knew Brian O'Driscoll was good, but that's when we knew he was a genius"
2 weeks ago
Rory Best will forever cherish retirement gesture made by Furlong and Healy
2 weeks ago
Ireland's future Lions face 13 Test matches in gruelling 2020/21 season
Next Page