Stephen Kenny remarked, earlier this week, that 60 to 70% of Ireland's best players are goalkeepers or defenders.

There is a strong argument in your favour if you stated 60% of Irish rugby's best players are back-rowers.

Last month, Andy Farrell called up 50 players for a one-day camp at the IRFU's High Performance Centre. Of the 50 brought in, 13 are either fully fledged back-rows or can switch between the back and second rows.

END_OF_DOCUMENT_TOKEN_TO_BE_REPLACED

13 into three starting spots will not, of course, go. Farrell's tough choices for the autumn internationals are made slightly easier by the fact that Henderson [thumb] and Connors [Achilles] are both set to miss the Test window.

Baird and Wycherley are, for the time being, primarily second rows and Beirne will be pressing to start alongside James Ryan for at least two of the November games.

Still, that leaves eight live prospects for Ireland's three starting back row slots, next month - Boyle, Conan, Coombes, Doris, O'Mahony, Ruddock, Timoney and van der Flier. Over at Leinster, Dan Leavy looks set to be given time to ease back in after his injury issues while Max Deegan may also have to bide his time.

With Japan first up, on November 6, and the USA game in Las Vegas now kicked back at least 12 months, logic would suggest Farrell goes with a strong XV for the first two games. Select as close to a strongest XV possible - although the Johnny Sexton debate is worth considering - and look to freshen things up for the closer against Argentina.

Right now, three weeks out from that Japan match, this is how we predict Farrell will go:

END_OF_DOCUMENT_TOKEN_TO_BE_REPLACED

Not having Henderson to call on means Beirne will most likely start in the second row with Ryan. Peter O'Mahony could easily start at blindside with Josh van der Flier at openside and either Doris or Conan in the No.8 jersey. That would be a serious unit, too.

It was interesting to see Leinster go with Doris at blindside for 70 minutes against Scarlets, on Saturday, and Conan selected at No.8. If both players can be accommodated in the back row with a work-horse like O'Mahony or van der Flier, Ireland should be well set.

We then have three players that are all in good form for their provinces. Paul Boyle is the longest shot of the three but he has started the season well for Connacht and got under Munster's skin at Thomond Park, won a couple of turnovers and scored a lovely try from a tap-and-go penalty.

Gavin Coombes is not a coming force any more. He is here and he is doing a number on teams on a weekly basis. He has shouldered the burden of being CJ Stander's replacement at Munster and he is pushing for a chance to prove he can carry that mantle at Test level. He may get just one chance to impress - against Japan or Argentina - and don't be surprised if he snatches it up. 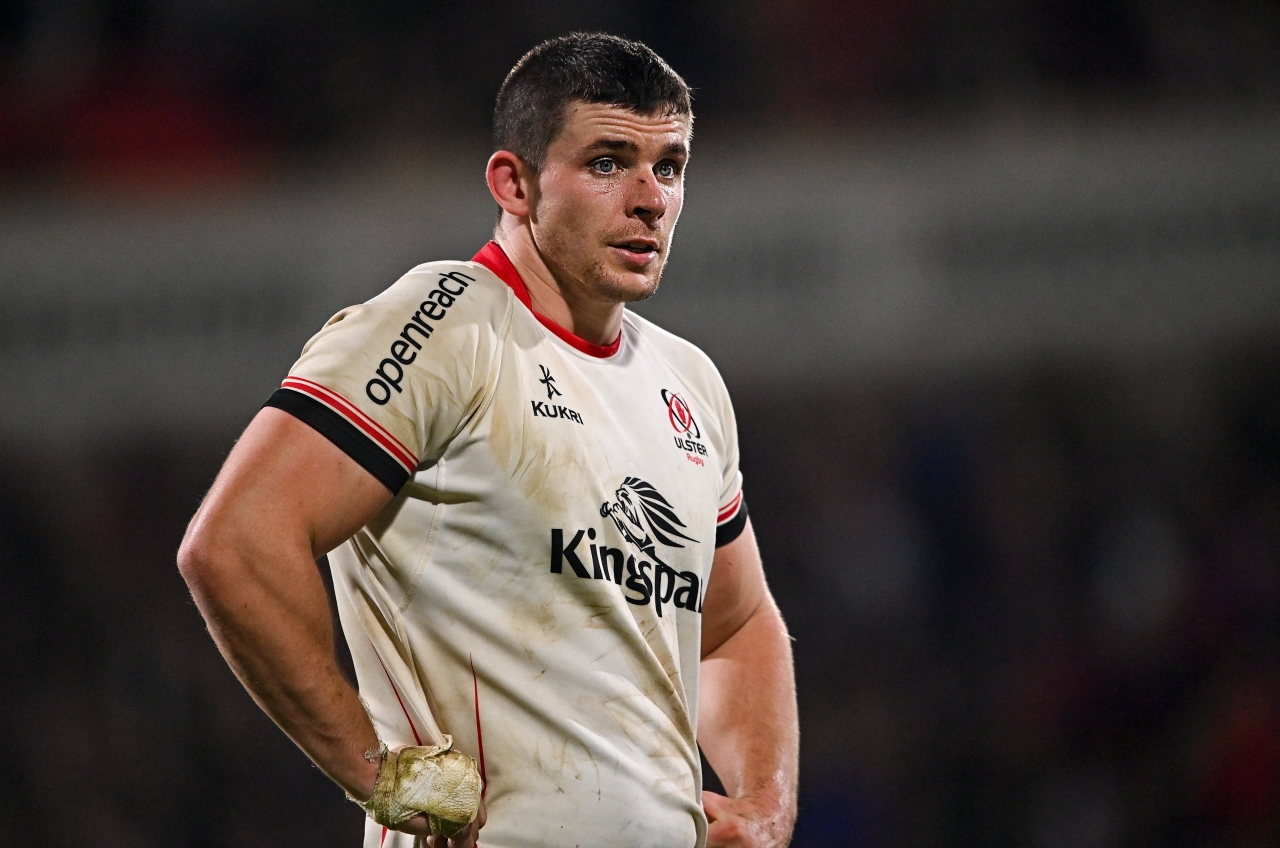 Nick Timoney pictured during the United Rugby Championship match between Ulster and Benetton at Kingspan Stadium in Belfast. (Photo by Ramsey Cardy/Sportsfile)

END_OF_DOCUMENT_TOKEN_TO_BE_REPLACED

The third man is Nick Timoney, the form player in Irish rugby right now. He has played all 80+ minutes for Ulster and scored five tries in those four wins. He is carrying his form from last season into this one without missing a beat and is a serious handful with ball in hand.

The only way one can see Timoney in an Irish back row - and adding from the debut cap he won over the summer - is if someone like O'Mahony starts at blindside and he gets let off the leash at openside. It could be worth a look against Japan or Argentina, but don't expect Farrell to play too many wildcards against the All Blacks.

The Ireland boss has a wealth of options in front of him and will be hoping his top guns come through next weekend's United Rugby Championship games relatively unscathed. If so, Ireland will have something very strong to build off.