Ireland secured their first Test match win Down Under since 1979 after beating Australia in Melbourne and setting up a series decider in Sydney next weekend.

END_OF_DOCUMENT_TOKEN_TO_BE_REPLACED

Ireland were stunned in the opening exchanges as Bernard Foley and Kurtley Beale teamed up to cut a swathe through the green lines and put the hosts 7-0 up. Marika Koroibete was sin-binned for a dump tackle on Rob Kearney soon after and Conor Murray made them pay with a great pass for Andrew Conway to score.

Johnny Sexton added three penalties while Ireland had a man advantage and a 7-0 deficit turned to a 16-7 lead. The Aussies narrowed that scoreline to 16-14 with a forceful rolling maul and Cian Healy was sent to the sin-bin for his spoiling tactics. Referee Paul Williams compounded that call by awarding a penalty try and it was Ireland by two at the break. 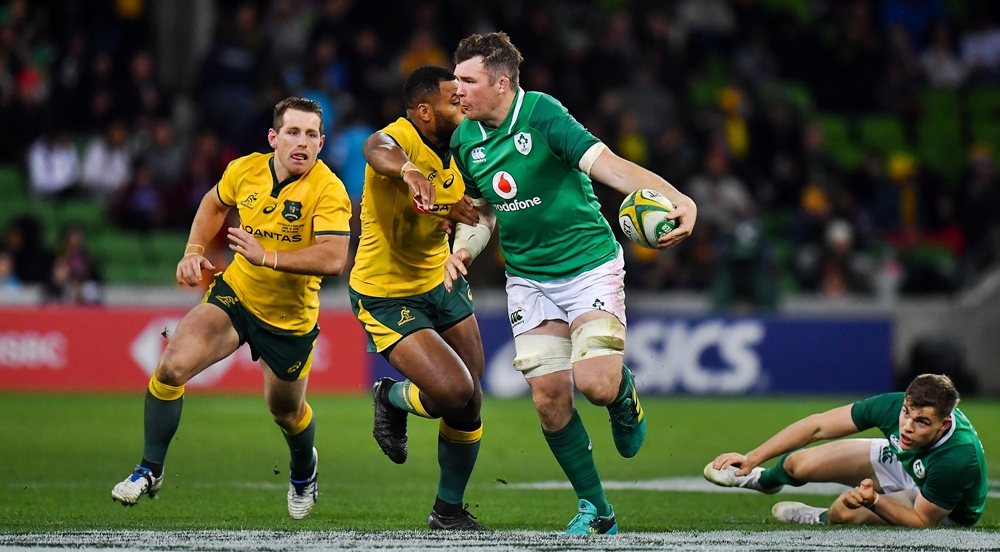 Ireland pounded and pounded at the Australian tryline for the first 15 minutes of the second half and went so close through Keith Earls before Tadhg Furlong made no mistake with a super carry and stretch for the tryline.

END_OF_DOCUMENT_TOKEN_TO_BE_REPLACED

Sexton added a penalty to make it 26-14 and it was all about defence - and what bloody-minded defence it was too - in the closing stages. It was a tense as hell finish, all the same, when Jack McGrath got a silly yellow card and Taniela Tupou bulled over for a late try to make it 26-21. Ireland clung on and the win was secured.

Here's how we rated Joe Schmidt's men in green...

Was moshed into the turf by Marika Koroibete, which earned the Aussie a trip to the sin-bin. Missed his covering tackle attempt on Beale for Australia's opening score. Cut inside well, a couple of times, after being isolated out wide. Great defence late on and made 53 metres off his 12 carries. 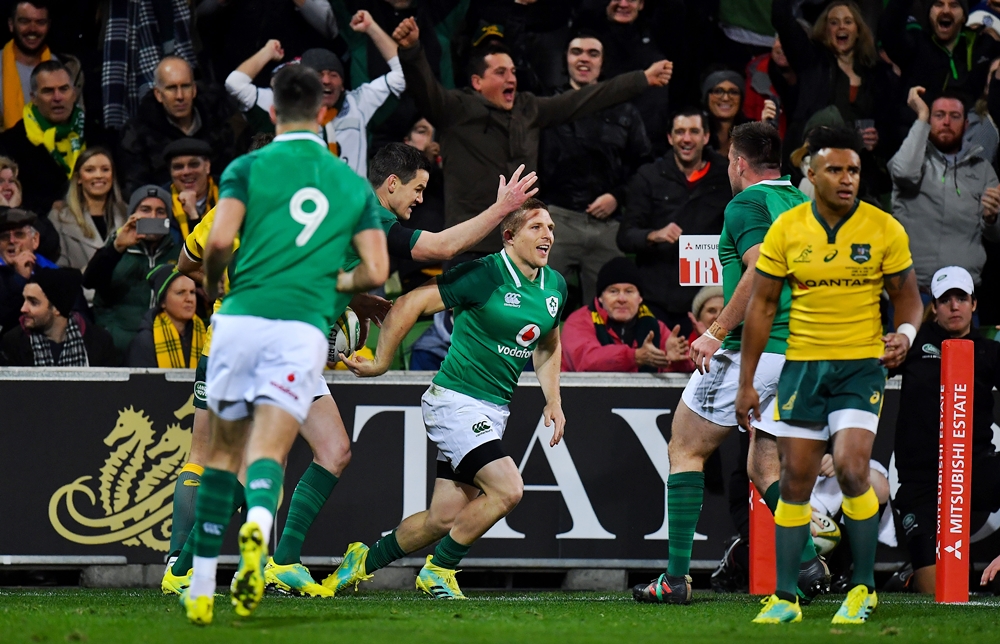 END_OF_DOCUMENT_TOKEN_TO_BE_REPLACED

Got over in the corner for an early score after Murray's gem of a pass. Injured in the process of scoring and went off after 15 minutes.

Rushed out of the line for a crunching tackle on Beale. So smart and getting his body into a good position and making clean presentations. Made a huge tackle in the 79th minute as Ireland pressed to close the game out.

Turned over by David Pocock (who else?!) inside the Australian 22. Looked sharper than last week and stuck some big tackles after the break.

A few good aerial takes and nice fott-work to get himself out of jams when the Wallabies pressed high. So close to a try but the TMO did not rule in his favour. Fierce defence late on.

Nailed a lovely touchline conversion to set the tone. Added another couple of good ones before pulling a relatively simple one left and wide. Stayed on until late in the game and steered his side well. Was carrying an injury but no way he was going off, until the death.

Superb, looped pass to tee up Conway for an easy try. Got more time and space and was much improved on last week.

Yellow carded and conceded a penalty try in one, awful swoop. Made a couple of strong carries but went off injured on 44 minutes. 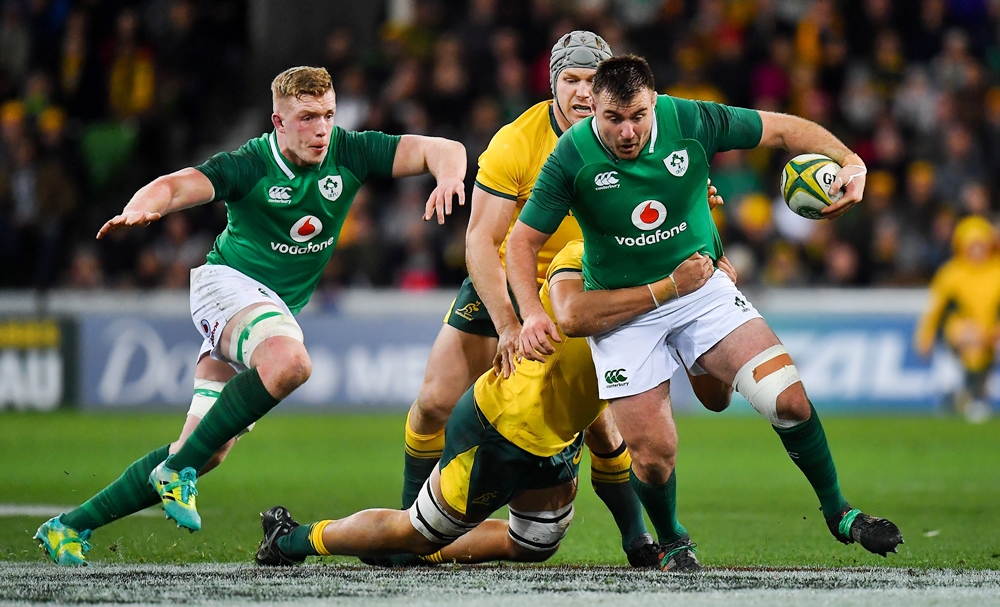 Made 11 carries for 16 metres and stuck five tackles in his time on the pitch. Lineouts were not as solid as last week. Made one nice line-break but it was unfortunate that his lineout went to Michael Hooper.

Oh Lord, what power and determination for that try!! Nice aggression early on as he cleared Pocock out of one ruck with supreme force. Was pinged for going off his feet at a 24th minute ruck. 12 carries for 38 metres, a line break and six defenders beaten. A demon at the breakdown too.

Good to have the big, big man back. Brought in to give Ireland clean lineout and restart ball and he did that well but useful at the ruck too. A nuisance!

Sweet claim of a bouncing ball, early doors, and a 20-metre burst up the pitch to spur his team on. Cleared out with sheer ferocity and was Ireland's top tackler, after Stander.

Won his side a penalty on 15 minutes with some good work at the breakdown (even if his hands did touch the deck!). Gave one back, soon after, after tackling Iack Rodda in the air. But made his second turnover at the ruck before half-time and made a lineout steal after the break. Made his fourth turnover - to go with an early lineout steal - by the 59th minute. Went off after 63 minutes after one hell of a shift.

Was done by that Foley inside pass that set Beale free. A huge effort at the breakdown and some strong carries after that. Looks to be carrying a knock on this tour [hip] but determined to have his say.

Was left flat-footed for that Beale try. 11 carries and a team high of 13 tackles. Very effective at the breakdown in an 80+ minutes effort.

On early on and looked lively on the right wing. Such quick feet and like tackling a eel at times. Got boshed a few times late in the game.

Bullish carries and solid at the scrum. Deliberate knock-on caught on camera in the final minutes. Yellow-carded and put his team in deep trouble.

Stuck some big tackles in the closing stages. First lineout was stolen but it got better. Won the final tuirnover for his side.

Won Ireland a crucial penalty on 65. Tackled like a mad-man.

Crucial tackle on Reece Hodge and tackled eveything in gold that he saw.

Conceded a penalty when he was fresh off the bench. Big hits near the end.