It's now or never.

Ireland have been waiting 39 years to win a Test match in Australia. After losing the First Test to Australia in Brisbane, Joe Schmidt's side now need to win two matches Down Under in the next seven days.

Schmidt has made eight changes to the side that fell 18-9 to the Wallabies, with outhalf Johnny Sexton, openside Dan Leavy and a whole new front row being the notable alterations. 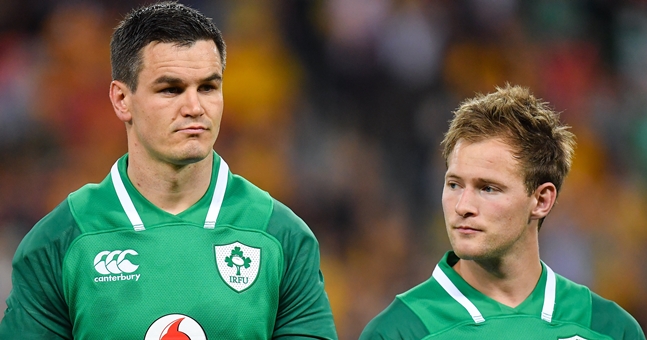 Schmidt noted the 'skinny margins' between victory and defeat for Ireland in their last outing but the truth of the matter is, his side were cut open in defence on a few occasions, lost key aerial battles and were dominated at the breakdown.

Ireland are not Grand Slam champions and second in the world for nothing, however, so expect the Second Test to be much tighter and to go right to the wire. Schmidt has commented:

"One of the really good things in the Six Nations was I felt we built through it and I'm hoping to build through the tour. We didn't start the way we wanted to, we’d have liked to have started from a higher pitch and built on from that.

"With Australia naming the same team, we're very confident that they'll come well prepared and they'll improve their game a little bit, so we've got to improve that little bit more because I felt they were very good on Saturday."

Jack O'Toole and Pat McCarry will provide all the latest from Melbourne's AAMI Park with the game kicking off at 8:05pm [11:05am Irish time] on Saturday. There will be match previews, thoughts from both camps, fan insights, in-depth analysis and some colour commentary of what should be a fascinating duel.


popular
Bill Shankly’s grandson asks for statue to be removed from Anfield
'War-scene' in Tyrone dressing room before 2005 final sums up an iconic team
Solskjaer chats with protesting United fans who broke into club's training ground
The SportsJOE 12 o'clock quiz | Day 336
We knew Sean O'Brien wouldn't let us down with his Lions XV
Keith Earls backed for Lions XV by one of the best in the game
Springboks legend Tendai Mtawawira tells us what he really thinks of Ellis Genge
You may also like
4 days ago
Full Ireland ratings as France deliver resounding Dublin victory
5 days ago
"Dorothy Wall, hands down... she's a wrecking ball!"
1 week ago
The six Lions spots being contested by Ireland and Scotland players
1 week ago
Rating the chances of Leinster's 16 Lions hopefuls
1 week ago
Jamie Carragher on how close he came to Ireland call-up
1 week ago
Full player ratings as Ireland dismantle Wales in Six Nations opener
Next Page