"I was in awe of him... I couldn't believe it" - Andy Farrell pays moving tribute to late Va'aiga Tuigamala

"I can't say enough about him."

Affectionately known by many rugby union and league fans as Inga the Winger, the Samoan lit up both codes in the 1980s and 90s. His death was announced on Thursday and cast a pall on followers of both codes.

END_OF_DOCUMENT_TOKEN_TO_BE_REPLACED

Farrell played with Tuigamala at Wigan in the 1990s and, at this afternoon's press briefing ahead of Ireland's Six Nations encounter with Italy, he spoke from the heart about his former teammate.

"You got me there," Farrell began as Tuigamala's passing was brought up. You could immediately see that Farrell, six years younger than the Samoan legend, was still shaken by his death.

"He's a tremendous fella," he began. "I was very lucky to be able to spend some time with him. You know when you meet some people and they just touch you straight away, from the off.

"His smile, his generosity, his being as a person was outstanding, you know? He touched everyone and he was very giving of his knowledge." 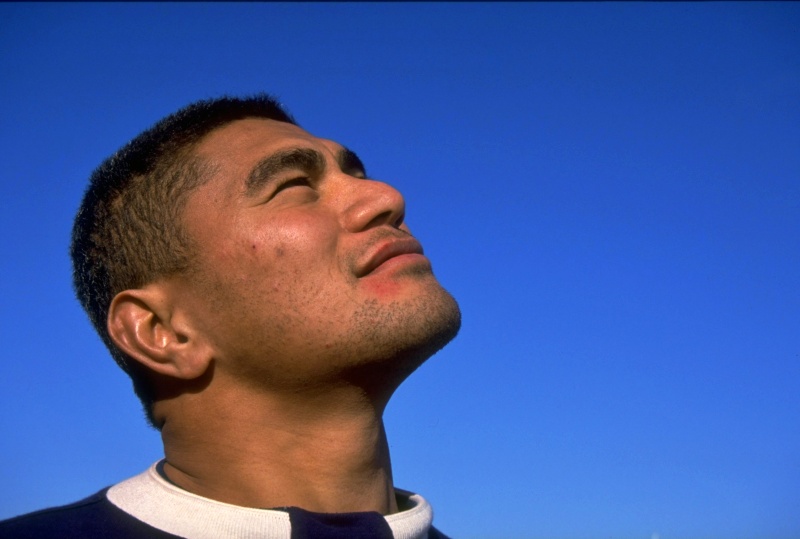 "I was in awe of him" - Andy Farrell on Va'aiga Tuigamala

"I'm talking about him as a person here," Andy Farrell continued, "and how he was as family man, a devoted husband and father.

"Whilst he was over at Wigan, the amount of people that used to come over and see him, not just family but friends, just shows what he means to people. When he left Wigan, we were all gutted because he added so much to the group. That's him as a person, and that is what we'll miss, first and foremost.

"From a rugby fan's point of view, he was awesome. I was in awe of him. I was young when I was playing with him, and I was in awe of his skill. He came over to rugby league, and it was daunting to him. Inga had obviously played rugby union on the wing and he wouldn't have been used to being thrown into the professional [rugby league] game.

"I remember a game when he played centre against the legend of Mal Meninga and, wow, what a tussle. He adapted unbelievably well, because of his skill-set. He had unbelievable feet for such a big, dynamic, powerful beast of a man. I can't say enough about him."

Farrell learned of the news, like most of us, on Thursday afternoon and, as someone that knew Tuigamala so well, he admits he was jarred by it.

"I was on the training field yesterday," he said, "and [the news] came up on my watch.

"Prayers and thoughts are obviously with his nearest and dearest. Very sad news for everyone."

Farrell, earlier today, named his Ireland team to face Italy, with six changes being made to the side that lost narrowly to France in their last outing.


popular
Get him a tuxedo, give him the All-Star and for crying out loud, someone bring that man out to America
Fans react to Tottenham Hotspur's 'brilliant tease' for Richarlison signing
Southampton pay tribute as Shane Long leaves the club after eight years
Tiernan Kelly and three other players hit with ban following tunnel brawl
The four stone-cold certainties for All-Stars even as early as this
Quiz: Name the players these famous footballers played alongside the most times
Eamon McGee just couldn't help himself with Armagh-melee tweet
You may also like
2 days ago
Gavin Coombes one of four Irish players to push themselves into Test picture
2 days ago
Bundee Aki understandably emotional, as Ireland pay moving tribute to late Sean Wainui
2 days ago
Full Ireland player ratings after Maori All Blacks teach us an early lesson
3 days ago
"We could lose all five games" - Darren Cave with a rare take on Ireland's chances
3 days ago
Irish provinces discover their pool stages fate for Champions and Challenge Cups
3 days ago
Mike Lowry and Peter O'Mahony in First Test contention as Ireland shuffle deck
Next Page