How many positions in the Irish rugby team are really up for grabs?

The front-row of Cian Healy, Rory Best and Tadhg Furlong is tried and tested, the halves pairing of Conor Murray and Johnny Sexton can just about etch their names in stone on the teamsheet while Keith Earls, Jacob Stockdale and Rob Kearney are all but certain to make up the back three when Ireland are at full strength.

There really are only a handful of positions that can really be seriously challenged in this Irish side.

END_OF_DOCUMENT_TOKEN_TO_BE_REPLACED

The return of Sean O'Brien and Josh van der Flier next season should put some pressure on Peter O'Mahony, Dan Leavy and CJ Stander to maintain their places in the Irish backrow.

Bundee Aki, Robbie Henshaw and Garry Ringrose should all continue to challenge each other in the centres, while in the second-row it increasingly looks like one of Devin Toner, Iain Henderson or Tadhg Beirne will start alongside the unbelievably impressive James Ryan.

Ryan is already a standout in the Irish pack and one of the best second-rows in world rugby.

Meanwhile Iain Henderson is a British & Irish Lion, Tadhg Beirne is an EPCR Player of the Year nominee and Devin Toner is currently playing some of the best rugby of his entire career.

Ireland are in an enviable position with regards to their lock stocks but what's interesting is that the second-row position was an area that Schmidt actually felt that Ireland were quite light heading into this year's Six Nations.

"We want to be able to keep building in that position," Schmidt said after he handed James Ryan his first Six Nations start against France earlier this season.

"We felt he went really well against Montpellier and we are looking forward to seeing what he will deliver.

"It's a position we don't have huge depth in, and we've given James an opportunity. We're really looking forward to seeing what he delivers on Saturday."

END_OF_DOCUMENT_TOKEN_TO_BE_REPLACED

Ryan delivered that day at the Stade de France and he's delivered in just about every game he's played for Ireland and Leinster ever since.

His rise this season has been nothing short of remarkable and he should be a player that will have a very long career in green but the question is who do you put next to him?

The idea of Beirne and Ryan playing alongside each other is probably the most tantalising of any combination Ireland can throw together.

END_OF_DOCUMENT_TOKEN_TO_BE_REPLACED

Iain Henderson is no slouch either and his presence offers a similar benefit to Beirne in that he can play in both the backrow and the second-row.

Henderson's ceiling is probably the highest of any player outside of Ryan. The 26-year-old's stunning performances against South Africa on the 2016 summer tour, his man of the match display against Clermont in the Champions Cup and his superb effort against the Hurricanes on last summer's Lions tour of New Zealand stick out as clear examples of his undeniable ability.

However, consistency has been an issue for him and his numbers don't exactly stack up brilliantly against Ryan from the first Test in Brisbane earlier this month. 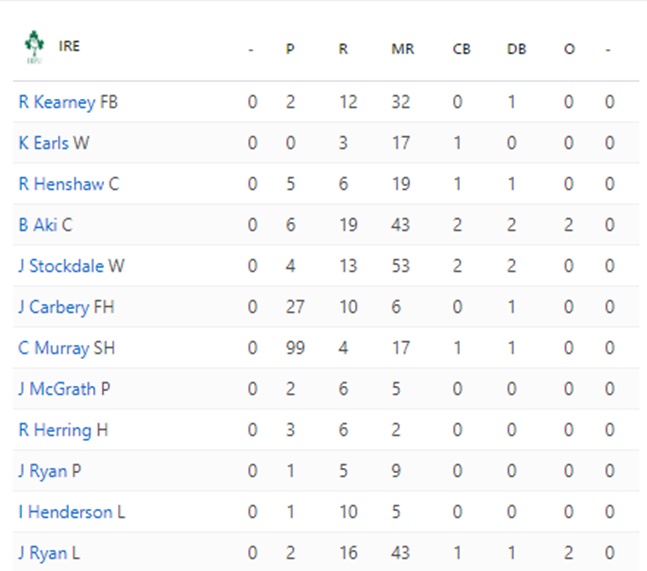 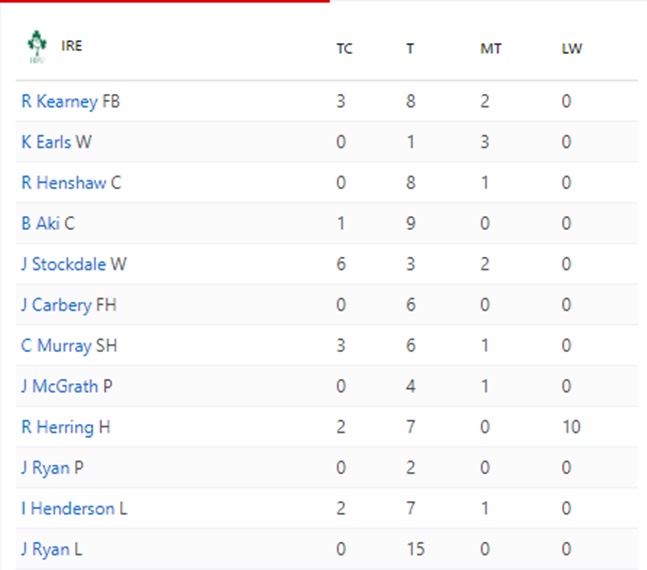 But you can compare Henderson to Beirne and Toner, because ultimately, Joe Schmidt will have to over the next 15 months as he experiments with his second-rows to identify Ireland's best lock partnership ahead of next year's Rugby World Cup in Japan.

Former Leinster captain and Ireland international Kevin McLaughlin feels that Ireland have to keep the Leinster pair of Ryan and Toner together in the second-row for Ireland's third Test decider with Australia this weekend with McLaughlin citing their effectiveness together as reason to keep them alongside one another.

"I think you keep James Ryan and Dev in the second-row," said McLaughlin on the latest episode of The Hard Yards.

"I think they work so well together. Dev was absolutely monstrous [against Australia]. It's as well as I've seen him play. The poor guy was cramping up for the last five minutes, they had to take him off with cramp he worked so hard.

"James Ryan is quickly becoming one of the best second-rows in the world," McLaughlin said on the latest episode of The Hard Yards.

"It's not early. The way he delivers every single week, it's not early. He's one of those players where you're like 'Jesus, who is that?' And it's James Ryan again.

Full conversation from the 30:00 mark.

"He's making tackles, he's making turnovers and his ability to, and it's something that's actually really hard to do, is he accelerates onto the ball.

"He seems to be able to do it on every single carry and his body position as well [is great]. He's 6 ft 8 and it's very hard for someone who is 6 ft 8 to get the right body position in the contact but he dominates the contact. It's ridiculous."

Ireland really can't go too far wrong with any of the four options and it will be interesting to see who Schmidt selects in Sydney given that Henderson started in Brisbane, Toner received the start in Melbourne while Beirne made his Ireland debut off the bench in the same game.

The only real question that exists is will Beirne be able to replicate his fantastic club form for a free-wheeling Wayne Pivac Scarlets side into a Roman Legionnaire-esque Joe Schmidt structure?

Given the caliber of athlete that Beirne is and just how dynamic of a player he can be it shouldn't be a problem. Good players fit any system.

Schmidt's problem here is selecting two of the four players and it's a good problem for him to have but an issue with no clear and obvious solution. A lot of experimenting to come and an awful lot to be excited about as Ireland continue to build and grow ahead of next year's Rugby World Cup.


popular
"Johnno went, 'We’re not moving! You're trying to mess us about!'" - Ben Kay recalls red carpet controversy
"Some of the generals wanted me executed" - Irish rugby legend on flag caper that went wrong
Tommy Fury spotted having the time of his life at student night out
Garry Ringrose challenges "pretty ridiculous" changing conditions for women's players
Peter Keane's future as Kerry manager in doubt after strange statement
GAA make retrospective decisions on John Small and James McCarthy incidents
No Simon Zebo or John Cooney as Ireland gather 50 players for one-day camp
You may also like
1 day ago
Katie McCabe believes that equal pay deal with FAI "doesn’t add pressure"
3 days ago
Clinton Morrison shares advice Roy Keane gave him on morning before Saipan showdown
1 week ago
Ireland's best XI under Stephen Kenny starting to take shape
1 week ago
Serbian media react to 'True Football Tragedy' and hail "amazing" Gavin Bazunu
1 week ago
"I was already taking my jersey off!" - Andrew Omobamidele's post-match interview was so pure
1 month ago
QUIZ: We want YOU to choose the next British & Irish Lions head coach
Next Page