"It was a serious boost for Andy Farrell to give me a bit of a shout-out."

Ian Madigan is now 31. How did that happen?

Perhaps it is because the pain of that 2015 World Cup defeat is so raw. It still feels like it happened recently enough.

END_OF_DOCUMENT_TOKEN_TO_BE_REPLACED

Since that World Cup quarter final, which saw Madigan starting at outhalf for Ireland, the Dubliner played another season for Leinster, made five more Test outings, moved to Bordeaux, played a season of English Championship rugby and then the bulk of two more Premiership campaigns with Bristol.

Madigan's return to Ireland comes via Ulster and was announced just before the 2019/20 season was put on pause due to the Covid-19 pandemic. He did not get a proper goodbye at Pat Lam's Bristol but focus has now shifted to his new team's pursuit of trophies on two fronts.

Madigan will be hoping to make his Ulster debut against Connacht, at the Aviva Stadium, on August 23. The northern province will be without captain Iain Henderson and versatile Will Addison for the remainder of the Guinness PRO14 season but are in otherwise good shape. A win over Connacht will secure a PRO14 semi-final and they also have a Champions Cup quarter final to look forward to.

For Madigan, he is hoping to slot in however Ulster coach Dan McFarland needs him and gradually make himself a key cog in the wheel. After that, a return from the Test wilderness is on his agenda.

"It was a serious boost for Andy Farrell to give me a bit of a shout-out," says Madigan, in reference to an interview the Ireland head coach gave to select media members last week. "Especially considering that I haven't played a whole lot in the last 12 months.

"For me, personally, coming back and being able to play for one of the Irish provinces and having playing for Ireland as one of my main goals, it's really focused me with my training and given me something to aim at.

"But I'm under no illusions that I've got to really prove myself. That's starts here, with Ulster. They've some good quality guys here in Billy Burns and Bill Johnston, and even Mike Lowry, who plays 10 and 15. It starts here in Ulster and working my way into the 23. If that means coming off the bench and playing well in games, and then being patient to get a start and then playing well... it kind of goes from there." 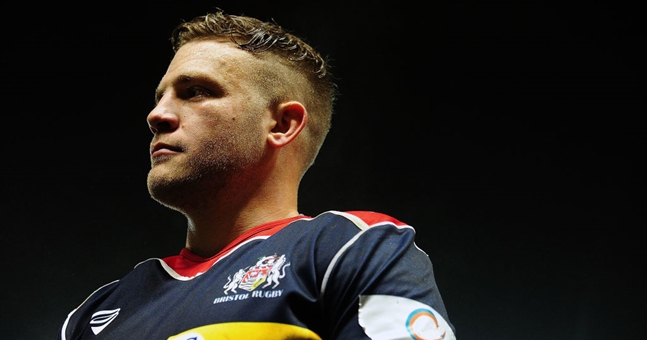 END_OF_DOCUMENT_TOKEN_TO_BE_REPLACED

Madigan believes that staking a claim in a starting provincial XV and making a mark in league and European action would be the best way to force himself into the Ireland conversation yet acknowledges 'there's a lot of rugby to be played on my part for that to happen'. He adds:

"It's something that really excites me. My number one goal is still to play for Ireland and that's where I'm at."

Madigan was injured for a sizeable portion of his final season at Bristol and says he has used the lockdown and easing back periods as an opportunity to physically and mentally improve. "I feel I'm in the best physical condition that I've ever been," he declares.


popular
Paul Scholes calls a spade a spade after comeback win
It's often forgotten that Tommy Walsh began his career with the same stardom and promise as David Clifford
Derry club win county final factfile games with extravagant set of jobs
Shane Walsh: 'That's not how I was coached to play football. No one was coached to play football that way'
Jordan Larmour primed for a season to remind everyone how good he is
Paul Scholes says Paul Pogba is a "daydreamer" and Fred and McTominay are "limited footballers"
Galway fans' frosty reception for Davy Fitz doesn't make any sense
You may also like
2 days ago
"Where Johnny Sexton is so important to us now is being able to pass the baton"
2 days ago
"I'd love to finish on home soil but I can't see it. I won't be playing in the next Six Nations"
3 days ago
Ireland star Will Connors on his rude awakening playing GAA in KIldare
4 days ago
Andy Farrell's Ireland squad for November internationals to feature some exciting talents
4 days ago
Picking Ireland's best back row as multiple candidates hit early form
5 days ago
Caoimhín Kelleher could carve out a career at Liverpool
Next Page