"It will be interesting but, at the minute, it's exciting and enjoyable."

Iain Henderson and Alun Wyn Jones look primed to start together in the British & Irish Lions second row against Japan. With fewer games on the 2021 Lions Tour, one bad or good individual performance means so much more.

The last time Warren Gatland took charge of the Lions, there was no pre-tour game against an Argentina or Barbarians to shake off some cobwebs and have a good hit-out.

END_OF_DOCUMENT_TOKEN_TO_BE_REPLACED

This time around, the Lions will get what they hope will be a stiff test against Japan, at Murrayfield. Henderson is battling with Jones, Courtney Lawes and Tadhg Beirne for a starting berth, but should get the nod alongside tour captain Jones.

With the Irish provinces all out of the Rainbow Cup picture, Henderson and seven of his Ireland teammates [including Ronan Kelleher] have been in Lions camp from the get-go.

"This time on the last tour, we were coming together for camps for two, three, four days, splitting and then coming back together," he says. "It was quite disjointed in that manner and it didn't really feel like the tour had started.

"Whereas, definitely from last Sunday when everyone got the planes in together to Jersey, there was a definite feel that it was the start of the tour. That's where things began.

"In terms of training, I can't remember exactly but I think there was just maybe about 15 when we came together last time who were there from the start. This time we've been up in the mid to high 20s who have been available to train from the start.

"That's already added a huge element of the majority of the squad being here and being able to get on board. It will be tough for the guys just coming in but I have no doubt they'll catch up as quickly as everyone else has jumped on board." 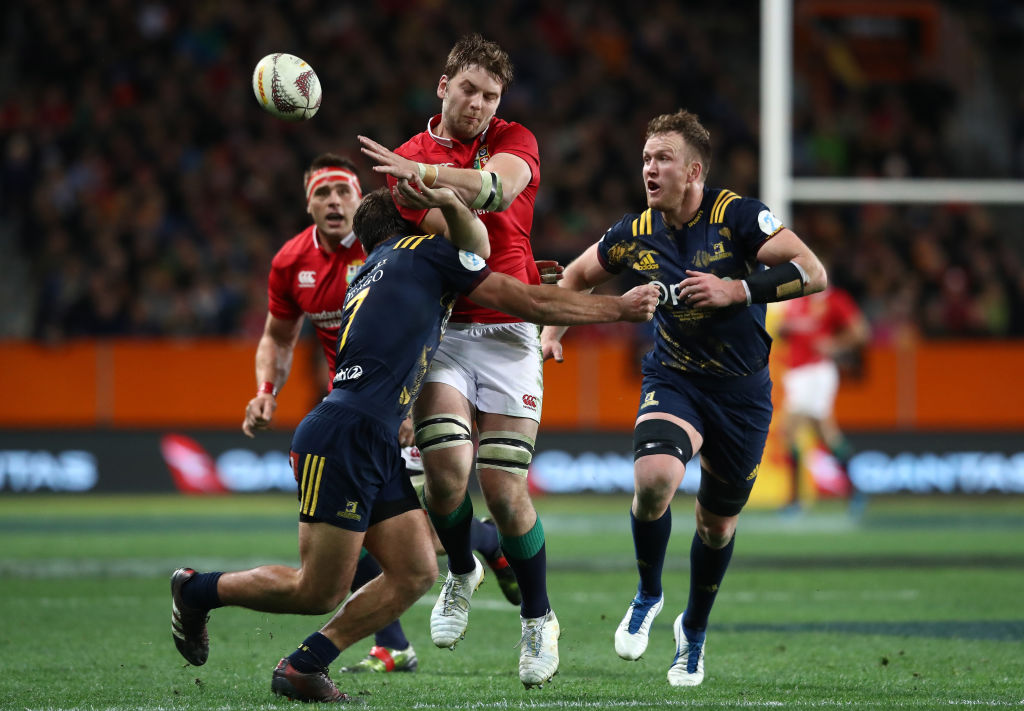 Iain Henderson in action for the Lions, against the Highlanders, in 2017. (Photo by David Rogers/Getty Images)
Advertisement

Maro Itoje joined up with the squad, in Jersey, this morning. Jonny Hill will link up with the squad after Exeter's crack at the Premiership Final, this weekend. On competition in the second row, the Ulster captain says:

"Yeah, well obviously the fact that there are four of us, Maro, Alun Wyn, Courtney, myself, were all here on the last tour goes to show the depth that is there and the experience might hold the trump card from being on the last tour. And all of those other guys hold it too.

"So, at the minute it is just about getting everyone on the same page and making sure that everyone understands the way we want to play, the way we want the team to work and then match performances will definitely dictate how selection goes later in the tour."

END_OF_DOCUMENT_TOKEN_TO_BE_REPLACED

Henderson played in the 2017 Lions' first tour game, against the New Zealand Provincial Bararians, in Whangerei.

Tough as it was for players still adjusting to the time difference jump, many of the Lions stars were under-par and they needed an Anthony Watson try to pull out a 13-7 win.

"Yeah obviously the last first game, against the Provincial Barbarians, that was obviously a real tough game, they took us by a bit of surprise. There were several excuses we could have automatically jumped to but the performance probably wasn't up to scratch.

"This tour, hopefully we're...I feel we'll gel better as a team, we've had better training leading into the game, travel will be better and the team will train more together.

"I think that all those things will come together to hopefully provide us with better preparation for the game and fingers crossed, a better performance in that game."

Warren Gatland will announce his Lions matchday squad for the Japan game on Tuesday morning before the squad set off for Edinburgh, later in the week.