The Ulster captain will fly out of New Zealand in the coming days.

Even before the official news came through, it was looking bad for Iain Henderson.

On Monday, the IRFU confirmed that Henderson and Rob Herring had both sustained injuries in training. Niall Scannell was flying out as injury cover in the hooker position. There may have been hope that Henderson would be okay as no second row cover was sought. Sadly, that was not the case.

END_OF_DOCUMENT_TOKEN_TO_BE_REPLACED

The 30-year-old was at Ireland's final preparations for the Maori All Blacks game, at North Harbour Stadium, but was in a knee brace. It did not look good for his chances of featuring in tour action.

Today, not long after Ireland's team for Wednesday's tour opener was announced, it was confirmed the 63-times Test capped lock would be heading home. 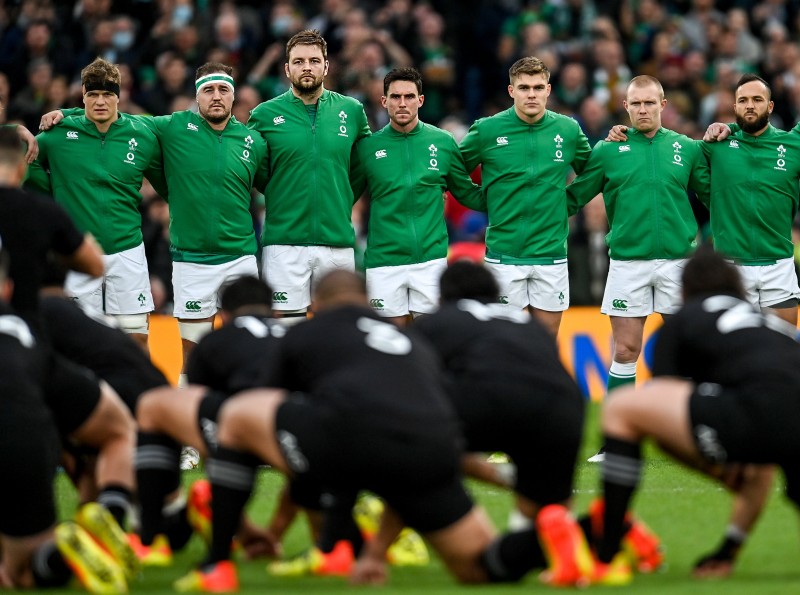 No plans for immediate Henderson replacement

END_OF_DOCUMENT_TOKEN_TO_BE_REPLACED

Iain Henderson, reporters in New Zealand were told, sustained 'significant damage' to his knee that had been confirmed by scans. Once he arrives back in Ireland, there will be further consultation on the knee injury before next steps are decided.

It is a big comedown for Henderson who was touring with the British & Irish Lions this time last summer. His 2021/22 season did not commence until late October, after some injury niggles, but he went on to make 16 appearances for Ulster and Ireland, including starting in the November victory over New Zealand.

There are no immediate plans to call up a second row replacement. As it stands, Farrell can call on James Ryan, Kieran Treadwell, Tadhg Beirne, Ryan Baird and Joe McCarthy to pack down in the second row.

Treadwell and McCarthy were both named to start against the Maori All Blacks, while Baird is on the replacements bench. Those selections would lean towards Ryan and Beirne starting the First Test together in the Irish second row.