"Over lockdown, there wasn't much else to be doing!"

On Saturday, at a sparsely populated Aviva Stadium, Hugo Keenan started the Guinness PRO14 final while Rob Kearney watched on from the sidelines. Just over a year ago it was Keenan watching Kearney in action in a final, only from a greater distance.

The 24-year-old played three PRO14 games for Leinster in 2018/19 but he was not fortunate enough to feature at St James' Park in the Champions Cup final against Saracens, last May.

"Unfortunately," he tells us, "I didn't get to go over to it. The academy guys - the three years of us - we went to Bective Rugby Club to watch the game there, on television." 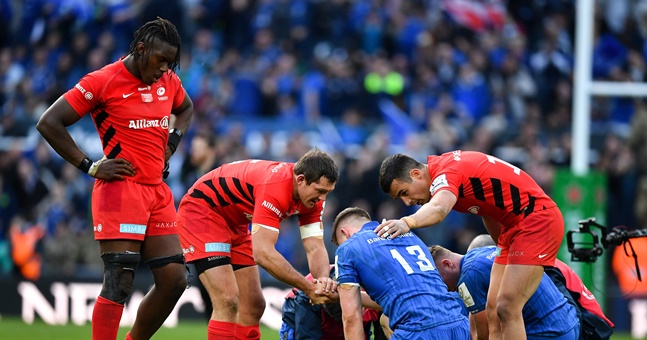 END_OF_DOCUMENT_TOKEN_TO_BE_REPLACED

Saracens have been shorn of a few players that started that final, with Alex Lozowski, Liam Williams, Ben Spencer, Will Skelton and Titi Lamositele all departed and outhalf Owen Farrell suspended for Saturday's quarter final clash in Dublin.

Leinster themselves have lost Sean O'Brien [now with London Irish] and Jack McGrath [Ulster] since that game while Tadhg Furlong is a stretch to be involved at the weekend. Dan Leavy and Fergus McFadden are hoping to satisfy the medical staff, and their coaches, this weekend but Leinster will have few feeling sorry for them.

END_OF_DOCUMENT_TOKEN_TO_BE_REPLACED

Fresh off winning the Guinness PRO14 title, last Saturday, Leinster are stacked with internationals yet have the likes of the uncapped Keenan, Will Connors, Ciaran Frawley and new tighthead signing Ciaran Parker all vying for a place in the upcoming match-day squad.

Keenan went into this season having made five senior appearances. By the time Ireland arrived back from the World Cup, in Japan, he had doubled that tally. He has 12 outings this season with his last three coming in a row and on the right wing - Ulster, Munster, Ulster.

The Dubliner had already made an impression in his fullback outings, this season, but he tore into the second pre-season of 2019/20 and set a club record that teammate Jordan Larmour was recently raving about. He said:

"There were a few lads, their Bronco scores, who had new personal bests in that. I think I had a three or four-second [PB improvement]. I think a lot of the lads had one. I think Hugo Keenan had a 4:11. So that was pretty impressive." 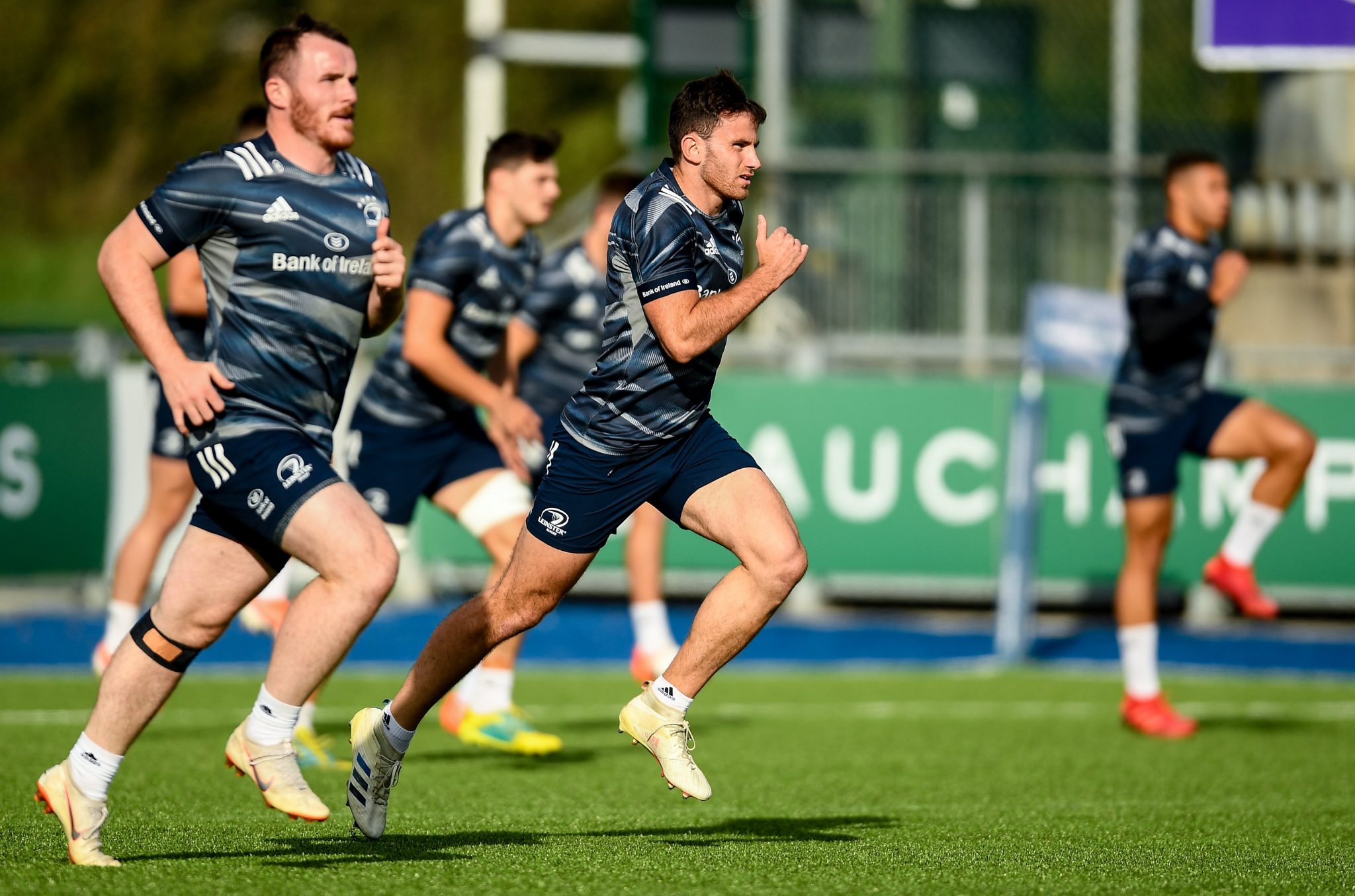 Peter Dooley and Hugo Keenan on the run in a Leinster training session. (Credit: Sportsfile)

Asked how he beat the best of the rest to that Bronco time, Keenan laughs. "I don't know. Over lockdown, there wasn't much else to be doing!

"I was going out to the pitches at Blackrock College and doing some running with my brother. It was just about keeping up the fitness. We had an idea that there would be games coming back at some stage and it's so competitive at Leinster that you want to be putting your hand up in any way possible.

"It was about coming back as fit as possible. Getting as fit as I could was going to be an advantage to me and hopefully that stands to me in games now. I think it does."

It says a lot for what Leinster make of Keenan that they resisted the urge to bring in the more robust Rory O'Loughlin for the final or to put Kearney at fullback and Larmour on the right wing.

They trust him to deliver and it will be interesting to see if he gets the nod, again, for a make-or-break clash with Saracens.


popular
Sean Dyche set to be named Everton manager after Marcelo Bielsa talks break down
Roy Keane flatly rejects longstanding perception of ex-Man United midfielder Paul Ince
Allianz National Football League Round 1: All the action and talking points
Roy Keane leaves ITV pundits in stitches after Pep Guardiola's pre-match interview
Conor McGregor hit by car ‘at full speed’ while cycling
Ryan Reynolds makes Premier League promise to Wrexham supporters
Laura Woods savages Twitter user after he asks her to come over while his wife is at work
You may also like
3 days ago
"He didn't give me that jersey back!" - Johnny Sexton on new rival Jack Crowley
5 days ago
Robbie Henshaw on his life-long friendship with Bundee Aki and Netflix documentaries
6 days ago
Munster get brutal Champions Cup draw as Leinster face Ulster in Last 16
1 week ago
“He's gonna be pi**ed when he hears this!” – Anthony Watson's Vegas trip with Tadhg Furlong
1 week ago
Kieran Treadwell the most unfortunate Ireland player to miss Six Nations call
1 week ago
Joey Carbery the biggest selection casualty as Andy Farrell gets ruthless
Next Page