Getting so excited about James Lowe, while Hugo Keenan was hiding in plain sight

When Ireland got emphatically booted out the 2019 World Cup, we looked at what was coming and told ourselves there would be better days.

Around the time New Zealand were doling out another World Cup lesson we could have done without, Hugo Keenan was making his second start of the season, with Leinster, at fullback. No-one was focusing on him, back then, but he was impressing those around him.

Heading into the 2019/20 season, Keenan had only made five appearances for his province. The season started with most of us distracted by the goings on in Japan. Ireland exited at the quarter final stages after failing to fire on the biggest stage again.

END_OF_DOCUMENT_TOKEN_TO_BE_REPLACED

South Africa basked in their cup win and all of rugby's other leading nations were left assessing where they were at and already looking ahead to 2023.

Andy Farrell took over from Joe Schmidt and Irish rugby fans hoped he would hold true to his talk of a new playing style. Supporters looked around at the young players coming up and told themselves there would be brighter days.

Caelan Doris, Will Connors, Scott Penny, Fineen Wycherley, Ronan Kelleher and Stewart Moore were all mentioned as potential breakthroughs, in the coming years. The one player everyone was focusing on, though, was a player that would only become Irish-qualified in November 2020 - James Lowe. 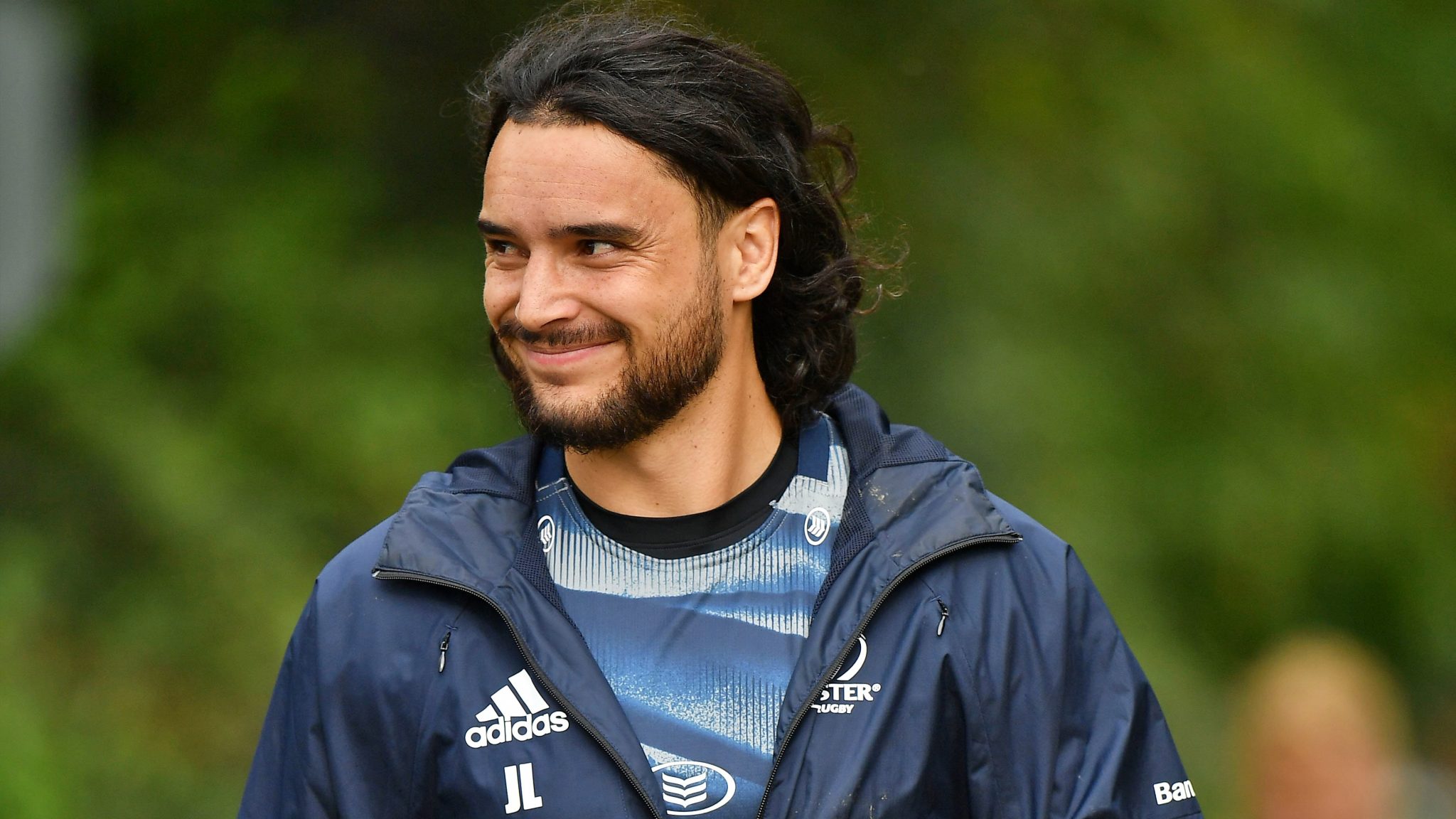 END_OF_DOCUMENT_TOKEN_TO_BE_REPLACED

Lowe, we told ourselves, would help add some stardust to the Irish attack. He could be the game-breaker for Ireland that he has proved to be for Leinster ever since he arrived late in 2017.

Lowe is now in training with the senior Ireland squad, and expected to make his debut in the Autumn Nations. He will prove to be a tremendous asset.

The Kiwi may now have his work cut-out, however, trying to dislodge a player that was in plain sight for the past couple of years. Keenan is 24 now and somewhat of a late bloomer, but he has looked fearless since rugby resumed in August of this year.

While Leinster's stars were off on international duty, Keenan was stacking up the starts for his province. He played 13 times for the Blues last season, with 12 of them in the starting XV. He showed he could switch from fullback to wing without any fuss and did very well in the inter-pros, last November and December.

END_OF_DOCUMENT_TOKEN_TO_BE_REPLACED

Keenan was the Leinster player to impress the most over the summer [the second pre-season] and he smashed the province's best Bronco record. He was showing up in training and not backing down to anyone. He was rewarded with starts when the 2019/20 season resumed and started in both the Guinness PRO14 final and the Champions Cup quarter final against Saracens [when he was the best Leinster player on show].

He earned a deserved call-up to the senior Ireland squad and, by all accounts, was ripping it up in training again. The shoulder injury sustained by Jordan Larmour against Treviso was his opening and he burst through.

Andy Farrell could have easily stuck with Jacob Stockdale on the left wing and went for either Shane Daly, Andrew Conway or Robbie Henshaw at fullback. Instead, he put Stockdale ar 15 and gave Keenan a crack at the left wing spot. It is a spot that seemed destined for Lowe, but Keenan is the man in possession. Following Ireland's 50-17 win over Italy, Farrell raved about debutants Keenan, Will Connors and Ed Byrne.

"We asked them to be themselves out there... to go out there and back themselves."

Keenan did it in spades. He was fantastic on his Test debut as he started off with strong tackles in defence before showing up big time in attack. He scored twice in six minutes and had another chalked off in between. 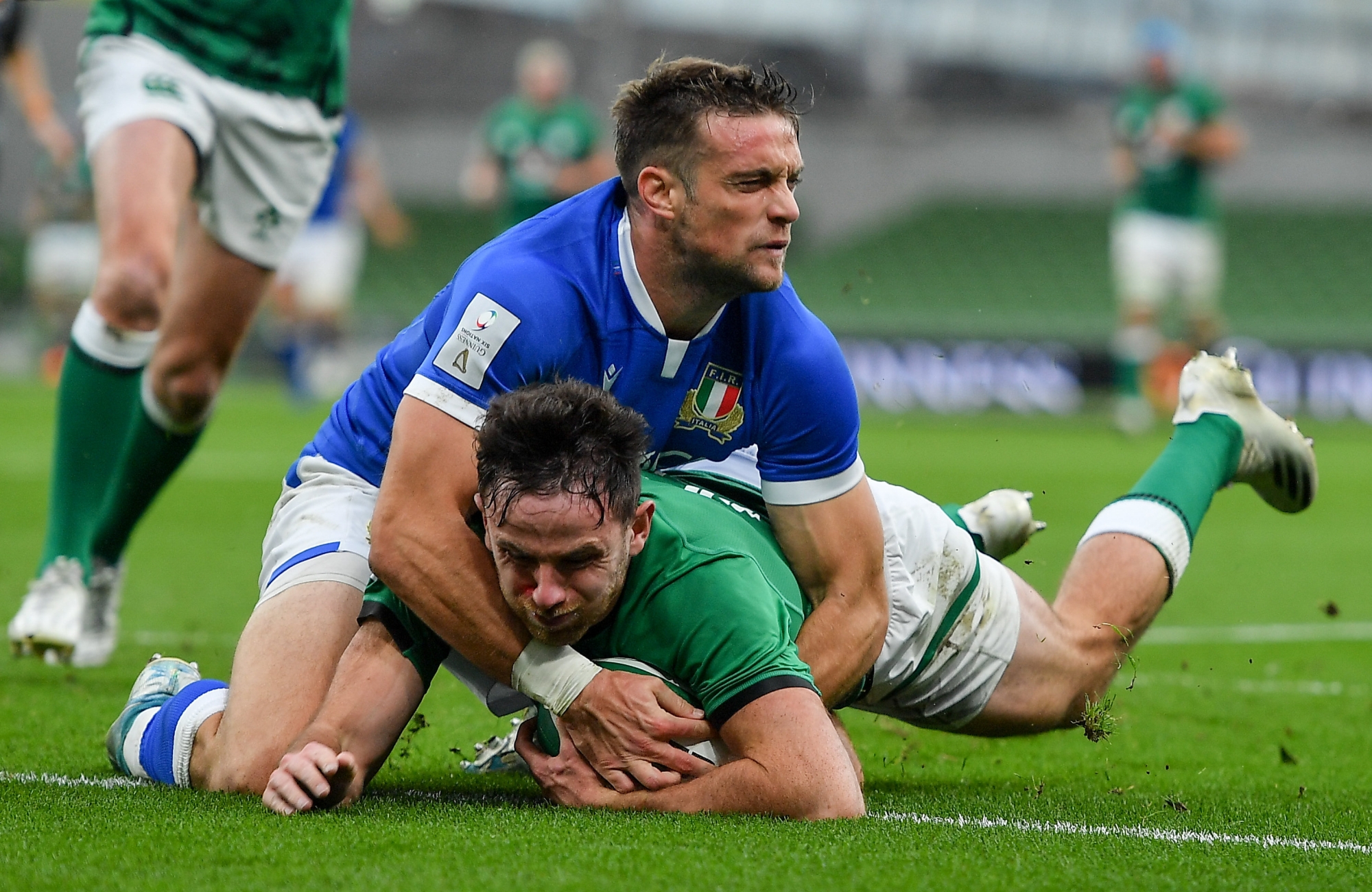 After the break, he kept his foot to the floor. His kick-chase was immaculate, his tackling crisp and he looked assured in the air.

Will Connors may have taken home the Man of the Match award but Keenan looks to have stepped up and covered a back three that, coming into the championship resumption (and with Keith Earls also out) was looking sparse.

Ireland have benefitted greatly from the three-year qualification/naturalisation rule but the pathways for young talents have been heavily invested in too.

We were waiting on Lowe's light to turn green, but Keenan has got a head-start on him now.


popular
World Cup 2022 Day Ten: All the major action and talking points
Iran demand action by FIFA after USA team change flag on social media
"I have equal love for football and hurling" - Sheehy set for two Leinster finals in two hours
World Cup 2022 Day Nine: All the major action and talking points
For Ballyea, this journey all started out in a purple Toyota Corolla
"I appreciate Moycullen now more than ever" - Cooke's American lifestyle from a Moycullen base
GAA JOE Team of the weekend
You may also like
3 days ago
Former England international admits he wishes he had played for Ireland
1 week ago
Two baffling omissions as four Ireland stars make World Rugby 'Dream Team' of the Year
1 week ago
Josh van der Flier claims World Rugby Player of the Year at Monaco ceremony
1 week ago
"Highlight of my Ireland career" - Behind the scenes as Jack Crowley and Ross Byrne covered for a legend
1 week ago
Bundee Aki reminded us all of his best qualities, on a night Ireland couldn't do without him
1 week ago
Peter O'Mahony delivered some fitting Jack Crowley comments after surprise Test start
Next Page