"Sometimes we have to pretend we don't know the team to you guys, but we actually don't know what the team is, at the moment!"

Johnny Sexton was talking about his Leinster teammate Hugo Keenan, this afternoon, when he made that aside. If the 24-year-old ends up in the Ireland XV, when it is named tomorrow, it would be a surprise to only those that don't know him. Sexton, and many others, feel he is ready.

END_OF_DOCUMENT_TOKEN_TO_BE_REPLACED

With Jordan Larmour ruled out for the next 16 weeks, after a shoulder dislocation in a league win over Treviso, and James Lowe not yet Irish-qualified, there is a potential spot in the back three to be had. Robbie Henshaw, Jacob Stockdale, Andrew Conway and Shane Daly are all in the Ireland squad for these remaining 2020 Guinness Six Nations games, but Keenan's name is getting bandied about, and with justification.

Having ripped it up in pre-season with Leinster - setting the province's fastest Bronco time - Keenan has looked an assured presence at fullback and started both the Guinness PRO14 final and the Champions Cup quarter final against Saracens.

On the latest episode of, House of Rugby Ireland, former Leinster star Fergus McFadden outlined [from 46:00 below] why Keenan would be a solid option to start at No.15 against Italy. 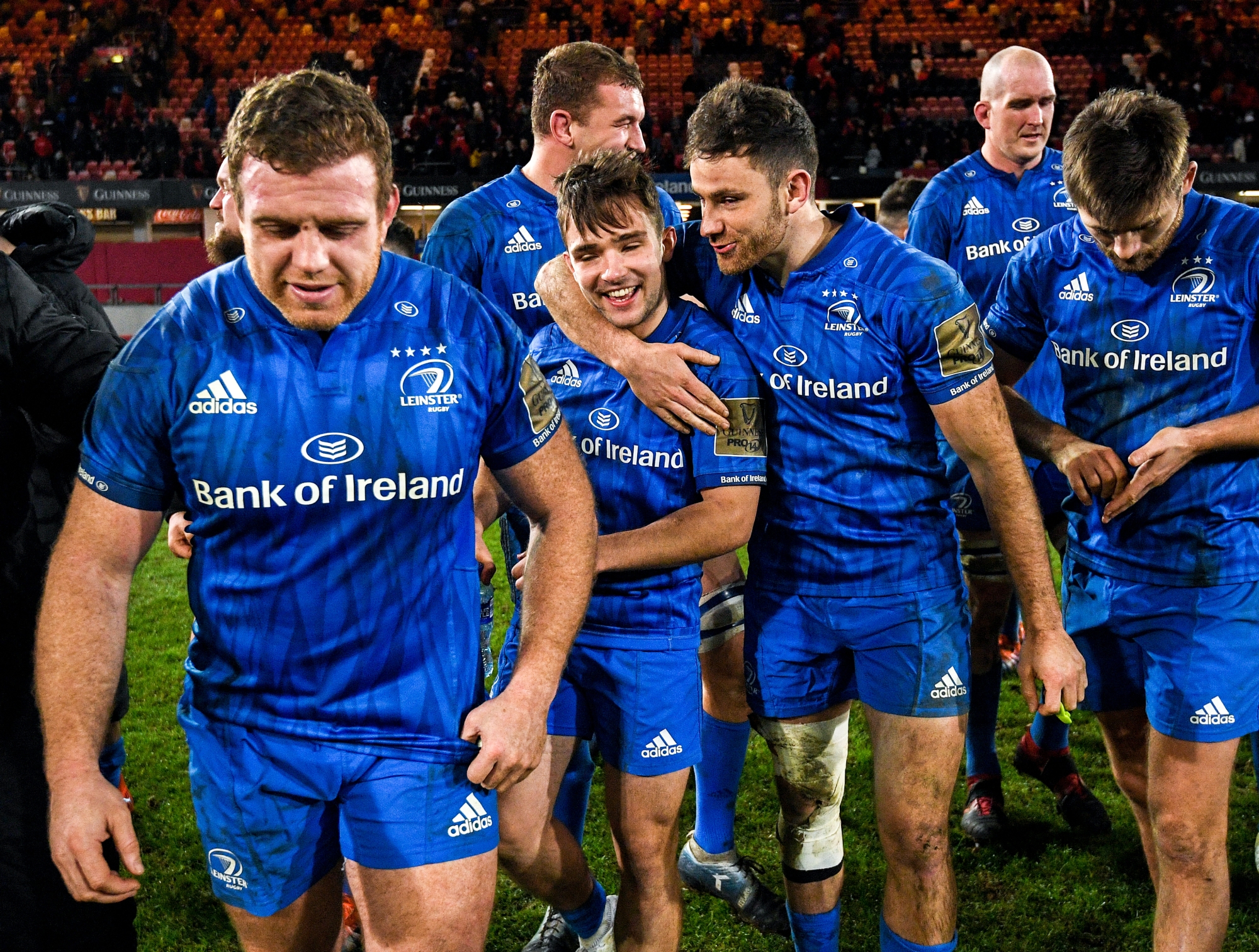 "I think Hugo Keenan deserves his chance at fullback," says McFadden. "The opportunity has presented itself now.

"Jordan Larmour was playing outstandingly well at fullback but now, unfortunately, he picked up the injury, which will keep him out for quite a while. But with Hugo, reward him for how well he has played.

"You've then, obviously, got a choice of Conway, Daly and Stockdale [for back three] as Lowe isn't qualified just yet. Shane Daly has done brilliantly well for Munster, but I think Andy Farrell might go Stockdale on the left and Conway on the right. With Keenan, then, at fullback, I think that is a really strong combination."

Ian Madigan believes Stockdale would be well worth considering at fullback as he is a left-footer and has a good boot on him, as well as all his other attacking skills and airborne abilities.

END_OF_DOCUMENT_TOKEN_TO_BE_REPLACED

On how the uncapped Keenan is faring in his first ever Ireland camp, Sexton commented, "He's picked up where he left off in Leinster, which was outstanding.

"He’s been excellent for Leinster since getting his chance. Whether he’s on the wing or 15, he’s gotten into the squad and he’s pushing now to try and get in the team.

"I can’t say he deserves it more than anyone else because I don’t see what goes on in the other provinces, but the hard work he’s done for Leinster... whether the coaches think he’s ready to go or not, he’s definitely put his hand up in training and doing all the right things."


popular
Jurgen Klopp reacted like everyone else to Darwin Nunez headbutt red card
"I cannot believe how Nunez thinks he's going to get away with that!" - Jamie Carragher
Jamie Carragher on the two Man United players Erik ten Hag can't trust
"I went up to the Italians and gave them a big auld shoulder" - Paul O'Donovan does it again
Carragher and Neville brutally name Man United's biggest transfer flops since 2013
Wexford Under-20 lights it up as Ferns win their first ever county title
Wexford, Waterford and Kilkenny down some good men as Australia calls
You may also like
2 weeks ago
“My confidence was on the deck" - Aaron Connolly explains why he has made the move to Italy
2 weeks ago
Every Irish transfer in football, this summer, as several big deals get done
3 weeks ago
Six Irish players make damn impressive 'World XV' that would take some beating
3 weeks ago
The frontrunners for Ireland's 33-man squad for the 2023 World Cup
3 weeks ago
All Blacks media manager explains why Ian Foster appearance was cancelled after Ireland defeat
3 weeks ago
Warren Gatland selects nine Irish players in his strongest Lions XV, right now
Next Page