Huge surge in the number of females playing rugby

World Rugby have reported a significant increase in the number of females playing the game with the sport's governing body announcing that there has been a 28% rise in registered female players.

According to the World Rugby Year in Review 2018. there are 9.6 million players globally, including 2.7 million women, up 10 per cent on the previous year.

There are now 581,000 registered female players across World Rugby’s member unions which is accompanied by a 38 per cent increase in video views by women and the growth of the World Rugby and Rugby World Cup female audience on Twitter to more than 30 per cent.

World Rugby Chairman Sir Bill Beaumont said: “2018 was another special year for rugby as we watched the sport continue to prosper and grow both on and off the field. Within a total playing population of 9.6 million it was fantastic to see our Get Into Rugby programme – run in partnership with unions and regions – continue to break participation records with over two million girls and boys worldwide getting involved for the second year in a row amid a growing global interest of 800 million people. 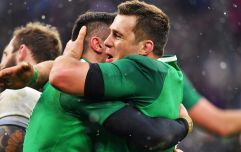 END_OF_DOCUMENT_TOKEN_TO_BE_REPLACED

“As Rugby World Cup 2019 fast approaches, it was particularly pleasing to see our Impact Beyond programme surpassing all expectations in Asia in 2018, reaching its target of one million new participants in the region a full nine months ahead of schedule. With the tournament expected to be game-changing in every respect, the stage is now set for the most impactful Rugby World Cup ever.

“From a women’s rugby perspective, 2018 was a breakthrough year as we began implementation of our ground-breaking strategy to accelerate the development of women in rugby at all levels. Progress was evident with increased participation and engagement levels as well as in the governance of the sport, where we welcomed the first women onto World Rugby Council. We continue to strive for even greater parity in 2019.”