When will the rise and rise of this young man end?

After a man of the match performance in last night's 52-21 victory over Canada, Ultan Dillane can rest in the knowledge that he has done everything he can to stake a claim in the starting XV to face the All Blacks next Saturday.

The Parisian-born Connacht lock played 73 minutes of last night's encounter which consisted of 10 tackles and 12 carries, in addition to a 60th minute try. This exemplified the typical energetic and physical performances that we have grown accustomed to seeing from the 23-year-old.

END_OF_DOCUMENT_TOKEN_TO_BE_REPLACED

These performances, in an Irish shirt at least, before last night had all come from the bench.

Last night was great to see as many had questioned whether Dillane could maintain this level of performance for a full 80 minutes.

Those observers thought Dillane's role since making his senior Irish test debut against England in this year's Six Nations would be that of the 'impact sub' tag for the foreseeable future.

Based on last night's performance, Dillane has answered those questions and this was also reaffirmed by Joe Schmidt after the game.

A glowing endorsement from Joe Schmidt.

Joe Schmidt was suitably impressed with the performance of man of the match @Ultan_Dillane against Canada pic.twitter.com/vO5g4TwG65

END_OF_DOCUMENT_TOKEN_TO_BE_REPLACED

We all know that Schmidt demands excellence in both defence and attack so clocking up 10 tackles, 12 carries and 34 metres will do the Kerry man's chances of starting on Saturday no harm.

However, one aspect of Ireland's performance which was key to beating the All Blacks last weekend was the lineout. Devin Toner and Donnacha Ryan formed a formidable partnership which consistently secured Ireland ball and disrupted New Zealand's on multiple occasions.

Although Ireland had a 91% success rate in the lineout during last night's clash, Donnacha Ryan made an immediate impact by winning a lineout on Canada's own throw when he came on for Dillane as a 73rd minute substitute. 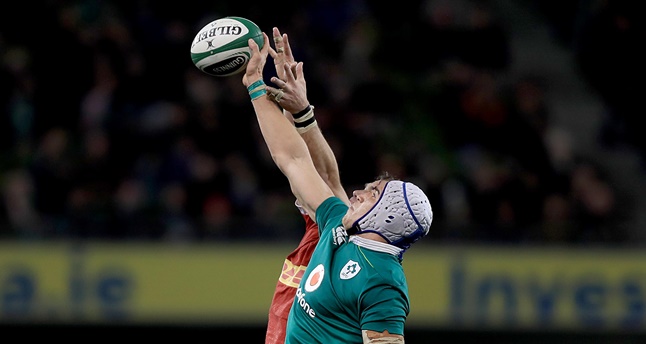 Schmidt, ever the perfectionist, hinted that he was a little bit unhappy that Ireland didn't win more of the opposition's lineout.

"I think we probably would have liked to get a little bit more lineout pressure on them," said the Ireland head coach.

"The lineout I felt was probably better than it was during the World Cup where they didn't contest so much and we maybe got a little bit more access but at the same time I thought across the board, Ultan did really well."

For Ireland to make further history next weekend by beating the All Blacks in the Aviva Stadium, the lineout will need to operate at the highest level.

Unfortunately for Dillane, this may mean that he will again be used as an impact sub in the second half of next Saturday's clash.