The 2017 Six Nations saw a new term for substitutes introduced. Harlequins have gone a step further.

At the peak of his powers, and on his way to a second Six Nations title, Eddie Jones coined a new term for his subs.

Jones named the likes of Ben Te'o, Jonny May and Jack Clifford, on England's official team-sheet, as his FINISHERS.

The Aussie repackaged his bench-warmers and given them a renewed purpose within the match-day 23. Players can either chose to be patronised or to completely buy into the concept. He said:

"Jack Nowell starts this week with Jonny May changing to a finisher. Jack has an excellent work-rate and he's a guy that carries through the line which will be important for us.... Tom Wood will also play his part later in the game off the bench as a finisher."

Subs, impact subs, finishers? Whatever gets you through the night. 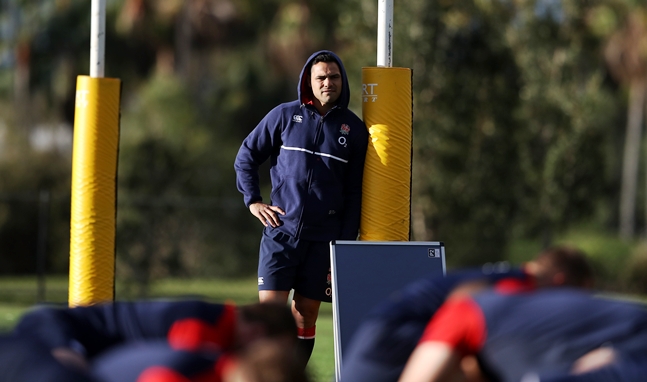 Former Ireland international Donncha O'Callaghan is actually a fan of the term 'finisher', He told The Hard Yards:

"You are dealing with such egos [at international level]. You are picking from the best players from their clubs and they are not used to getting picked. If you look at James Haskell, Jamie George and Danny Care. They are big, massive players that are in-form and winning with their clubs.

"To have them not involved, it does take the skill of a coach to basically man-manage them and make sure they are all on-task and pulling together. To be fair to Eddie Jones, that is what he has done.

"The way rugby is going, the 15-man game is gone. You need to have fellas chomping for places but not only that, you need them to feel they are going to get a run."

Ahead of the new season, Premiership side Harlequins have taken that re-branding to a whole new level.

Quins' team-sheet, instead of listing subs, now has GAME-CHANGERS.


popular
Iran demand action by FIFA after USA team change flag on social media
World Cup 2022 Day Nine: All the major action and talking points
"I appreciate Moycullen now more than ever" - Cooke's American lifestyle from a Moycullen base
Roy Keane's issue with Argentina star could rival Graeme Souness and Paul Pogba
GAA JOE Team of the weekend
Roy Keane makes quip about Declan Rice and Jack Grealish after England lose player to Germany
All-Ireland Hurling winner's medal stolen as Gardaí appeal for information
You may also like
5 years ago
CJ Stander broke a Six Nations record and it tells you everything you need to know about the man
5 years ago
PRECISION PLAY: The moment that turned the match against England in Ireland's favour
5 years ago
WATCH: Two moments from Saturday night should clinch Garry Ringrose a Lions jersey
5 years ago
Kieran Marmion could hear the English players calling out the hits on Johnny Sexton
5 years ago
Two Munster players are the sole Irish representation for the Six Nations player of the tournament
5 years ago
It looks like Eddie Jones just couldn't stay gracious for too long
Next Page