Seb Adeniran-Olule was destined for the English national team. He was that highly regarded.

Harlequins, this afternoon, announced that Adeniran-Olule had passed away following a road traffic collision.

A member of the Quins academy, the prop had already made two senior appearances and had played with England's U20s.

In an official club statement, the 20-year-old was described as 'one of our most promising youngsters and an academy member, who has been involved with the Club since the age of 13'. 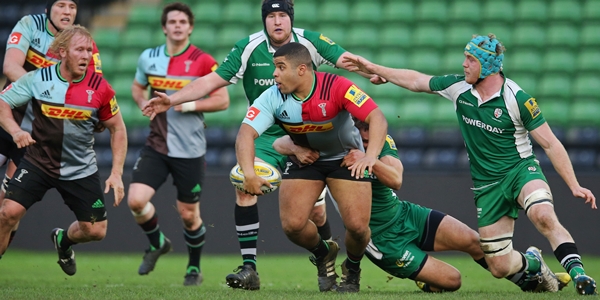 "Our thoughts and prayers are with Seb’s family and friends at this difficult time. Seb was an incredible talent and had already represented England at under age level as well as making his senior debut for Quins at just 20.

"He will be sorely missed by the whole squad as well as by the wider club."

END_OF_DOCUMENT_TOKEN_TO_BE_REPLACED

Adeniran-Olule was trialled, by club and country, at hooker as both looked to bring some physicality and explosive power to the role. In the last year, however, his club settled that propping was what suited him best.

He was a promising goalkeeper in his early teens but he opted for rugby after local coaches convinced him he had a bright future.

In a 2014 interview, the Londoner said, "There’s a lot of pride [being here]. I watch the first team on TV every week and want them to win. Playing for Quins gives me real pride and hopefully I can make the step up to the first team."

He made that step up but, tragically, it was short-lived.