"Delighted to be here. I'm not looking my greatest but, for now, you'll have to deal with me like this!"

Greg O'Shea joined up with the House of Rugby URC team for their latest episode, after signing on as a co-host, and brought an immediate talking point with him.

The former Ireland Sevens star, who bowed out after representing his country at the Tokyo Olympics, underwent surgery on a broken nose and was still in protective wear as he healed up.

END_OF_DOCUMENT_TOKEN_TO_BE_REPLACED

To make O'Shea feel at home for his first show with fellow hosts Megan Williams [Leinster & Ireland] and Jason Hennessy, he was joined by a lad he shared a few Sevens battles with. Will Connors has firmly established himself in the Leinster and Ireland back row, but has a Seven background and played a few times with O'Shea. 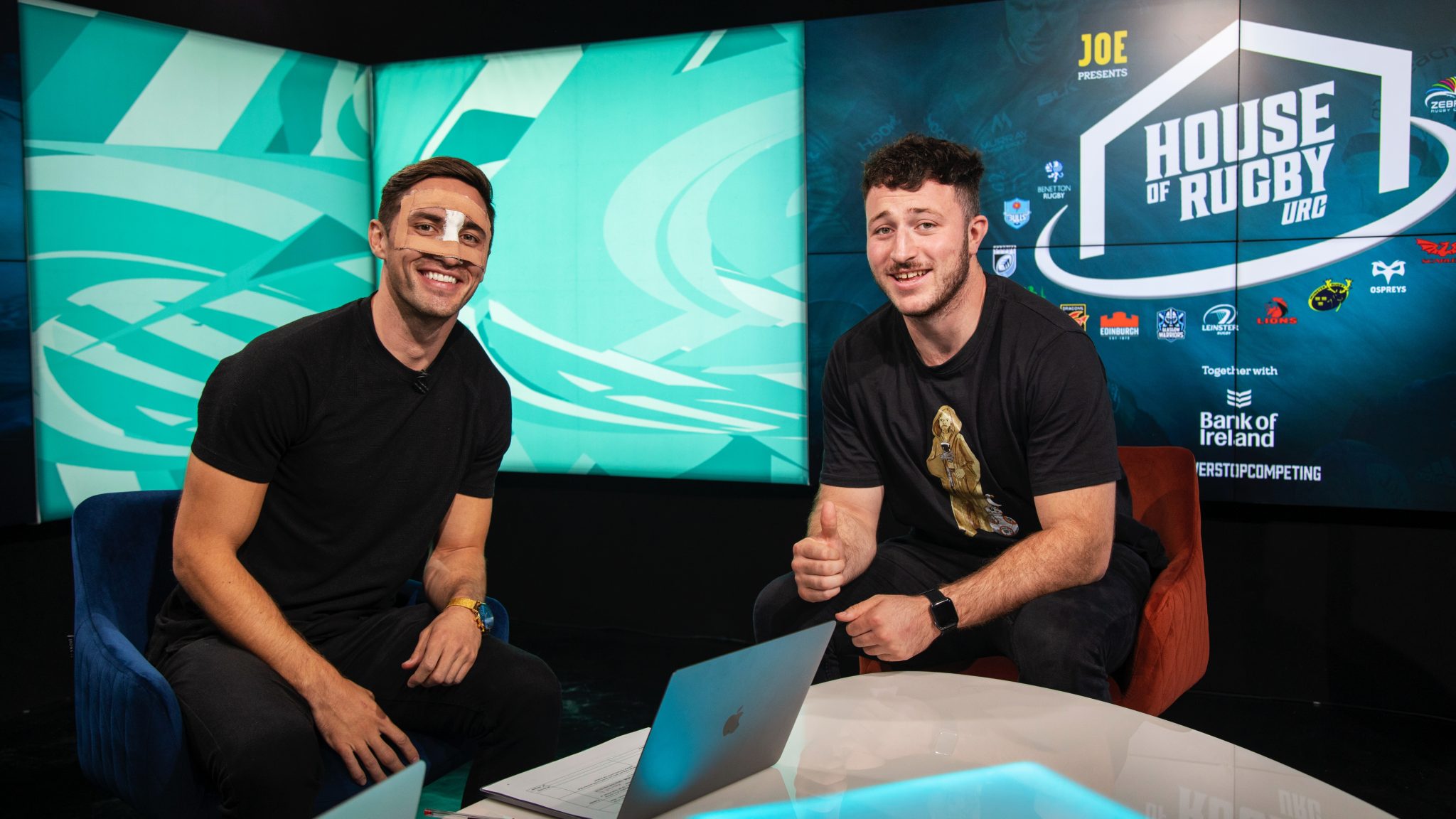 House of Rugby URC, which is sponsored by Bank of Ireland, focuses on the United Rugby Championship and covers all the big talking points in Irish rugby, and across the global game. Connors, Darren Cave and Ian Keatley have all appeared as guests, so far, and many more big names will feature over the course of the season.

"We are excited to announce the launch of House of Rugby – URC and our partnership with Bank of Ireland. With Bank of Ireland being the driving force behind the four Irish provinces, there isn’t a more suitable long-term partner to make this a success,” says Paul O’Donohoe, CEO of Greencastle Media Group.

"It is also an exciting next stop in our vision for Greencastle Media Group, as this is our first TV standard production show with plans for syndication across both digital and broadcast platforms in Ireland." 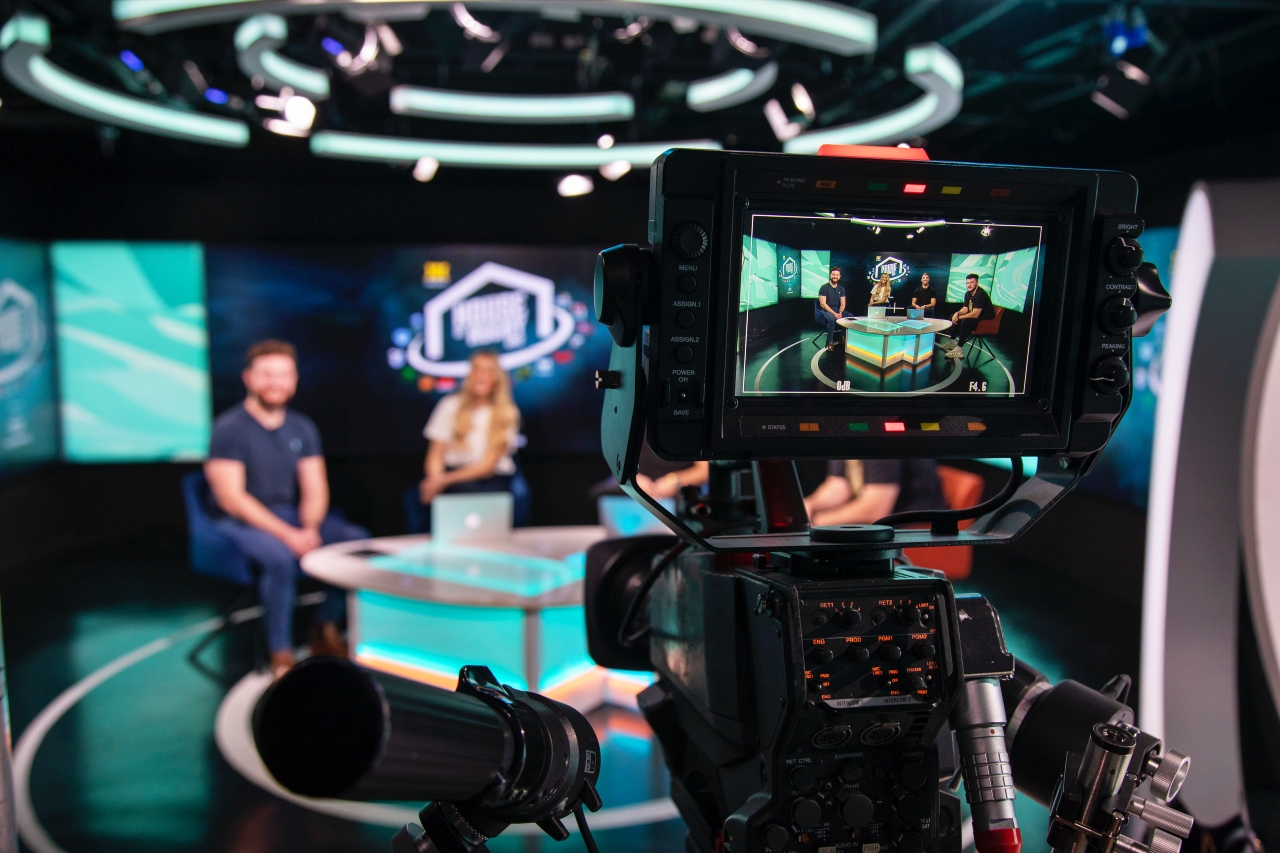 "#NeverStopCompeting celebrates the good that comes from competition, how it fuels us and connects us."

"House of Rugby also celebrates this competitive spirit, so we’re delighted to be partnering with the Greencastle Media Group to showcase the communities of each of the four Irish provinces – Connacht, Leinster, Munster and Ulster Rugby," Murphy adds.

House of Rugby URC is available to watch on YouTube and rugby fans can also follow the show on their favourite podcast providers.


popular
It's often forgotten that Tommy Walsh began his career with the same stardom and promise as David Clifford
Paul Scholes calls a spade a spade after comeback win
Derry club win county final factfile games with extravagant set of jobs
Jordan Larmour primed for a season to remind everyone how good he is
Shane Walsh: 'That's not how I was coached to play football. No one was coached to play football that way'
Paul Scholes says Paul Pogba is a "daydreamer" and Fred and McTominay are "limited footballers"
Galway fans' frosty reception for Davy Fitz doesn't make any sense
You may also like
2 days ago
Seven exciting Ireland prospects pushing for November squad inclusion
2 days ago
"Where Johnny Sexton is so important to us now is being able to pass the baton"
2 days ago
"I'd love to finish on home soil but I can't see it. I won't be playing in the next Six Nations"
3 days ago
Ireland star Will Connors on his rude awakening playing GAA in KIldare
1 week ago
The Leinster and Munster tries that should have both sets of fans excited
1 week ago
Will Connors on what it's like to play under Johnny Sexton's fiery leadership
Next Page