On a night when a lot went wrong, there were some positives. Not too many, mind.

Gavin Coombes may have to spin his wheels for the next two weeks, until he gets another crack at the Maori All Blacks, but he proved, in Hamilton, that he is Test ready.

The Munster No.8 did not have it all his own way - no Irish player did - but he showed enough punch and class in the second half to help his side finish what could have been a disastrous outing with a some crumbs of respect.

END_OF_DOCUMENT_TOKEN_TO_BE_REPLACED

In an Ireland performance littered with mistakes, Coombes was part of a back row that got humming in the second half and threatened to make a real contest out of what had been a horror show. He carried with intent, broke lines, harried well, set up Bundee Aki's try with a nice pass and scored one for himself, with 15 minutes to go.

The 24-year-old was sucking deep in a frantic first half, and took a while to get that second wind he needed, but he had only played one game [the URC quarter final loss to Ulster] after undergoing ankle surgery in April.

Of all the mounting injury issues he has, Andy Farrell has stacks of fit back rows. The starting back row for the First Test is likely to be three from this quartet - Caelan Doris, Josh van der Flier, Jack Conan and Peter O'Mahony.

Gavin Coombes has given himself a chance, though, and could yet add to his two Test caps by the time this tour is done. He is not the only one. 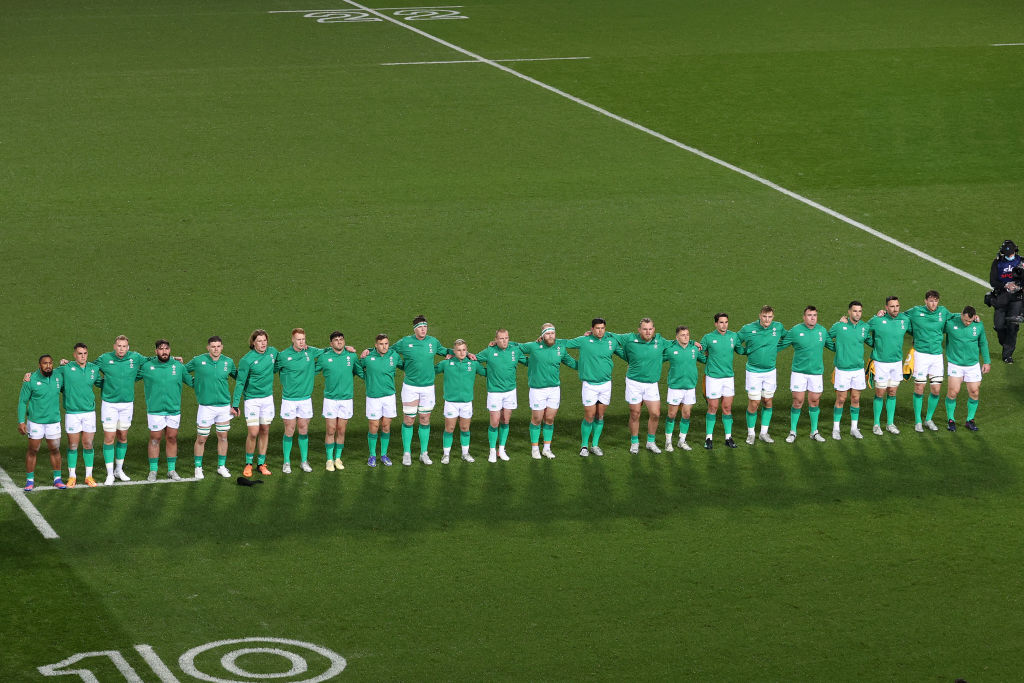 The national anthems ring out, before the match between Maori All Blacks and Ireland, at FMG Stadium. (Photo by Fiona Goodall/Getty Images)

Having landed in Auckland on Tuesday, the Munster hooker was, almost immediately, straight to Ireland training at North Harbour Stadium. He was named on the bench for the Maori game, and got 30 minutes to show what he can do.

END_OF_DOCUMENT_TOKEN_TO_BE_REPLACED

Scannell helped shore up the Irish scrum, carried well and his lineout throws were on the money. Like Dave Heffernan, though, we could judge little from the lineouts as the hosts were not exactly firing bodies into the air. It has been three years since Scannell was involved with an Ireland squad but, with Rob Herring one of the walking wounded, he will now push Heffernan to be Dan Sheehan's deputy. 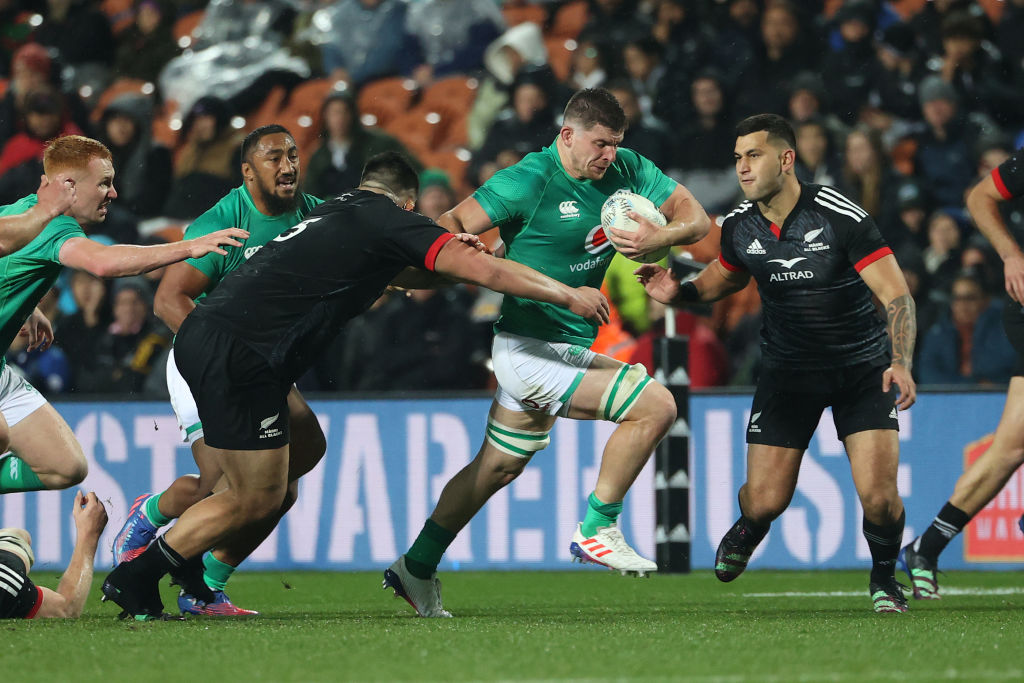 Nick Timoney is tackled during the match between the Maori All Blacks and Ireland, at FMG Stadium. (Photo by Fiona Goodall/Getty Images)

As we noted with Gavin Coombes, the Ireland back row options for the First Test, at least, look set. However, Timoney acquitted himself well at Waikato Stadium and was another that grew into the game.

Was part of a side error-strewn and back-pedalling in the first half, but slowed down ball with some poach attempts and general nuisance-ry. Made a lot more carries and got his side front-foot ball, after the break.

Got 30 minutes after James Hume was helped from the field of play. Kicked and carried well, looking a more polished attacking threat and a guy that knew what he wanted to do when he got ball-in-hand.

Could feature in an Irish back three, against New Zealand, with his kicking out of hand and his aerial assuredness, despite his size, two big pluses.


popular
"He can add something to our attacking line up" - Jamie Clarke signs for Northern Irish soccer club
Antonio Conte 'banishes' four Tottenham players from first-team
Ranking the best county GAA songs of all-time (32-1)
Barcelona allowed to register four new signings, but Jules Kounde misses out
"I’ve never heard someone say something as stupid” - Katie Taylor blasts Jake Paul's rematch comments
Roy Keane makes three surprise picks in Man United's greatest Premier League team
"It was unfair on the Galway backs” - Tomás Ó Sé admits that Kerry benefitted from unfair rule
You may also like
2 weeks ago
“My confidence was on the deck" - Aaron Connolly explains why he has made the move to Italy
2 weeks ago
Every Irish transfer in football, this summer, as several big deals get done
3 weeks ago
Six Irish players make damn impressive 'World XV' that would take some beating
3 weeks ago
The frontrunners for Ireland's 33-man squad for the 2023 World Cup
3 weeks ago
All Blacks media manager explains why Ian Foster appearance was cancelled after Ireland defeat
3 weeks ago
Warren Gatland selects nine Irish players in his strongest Lions XV, right now
Next Page