"Garry was very unlucky to miss out."

Those were the comments of Lions head coach a little under a year ago after he announced his squad to tour New Zealand.

"There was some discussion and debate. The most discussion was on midfield but it was a big decision leaving out [England lock] Joe Launchbury."

In the end, a former Leinster teammate of Garry Ringrose pipped him to the final midfield spot.

“There was a big call on taking Ben Te'o,” Gatland revealed. “He has a proven impact off the bench and we felt we needed to have someone like him included.”

END_OF_DOCUMENT_TOKEN_TO_BE_REPLACED

A month beforehand and Ringrose had signalled his Lions intent by having stormers in the home wins over France and England. Against the French, he answered those that questioned his physicality by making a big tackle on hooker Guilhelm Guirado and stripping the ball off imposing No.8 Louis Picamoles.

Against England, after 80+ minutes of action, Ringrose [below] crashed into Elliot Daly and spun out of that to chase down Anthony Watson and bring him down. His defence was ferocious in that game.

END_OF_DOCUMENT_TOKEN_TO_BE_REPLACED

Still, Gatland went with the brute force of Te’o, who had proven himself to be a good impact sub for England in the 2017 Six Nations. The Worcester centre looked to have fully justified his selection in the early warm-up games and started the First Test against the All Blacks.

Te’o had two big moments in that Test – walloping Sonny Bill Williams to the deck with an unmerciful tackle and choosing contact instead of moving the ball on to cost his team a score. The Test Series played out with Owen Farrell and Jonathan Davies as the centre combination.

Many will look back on that drawn series as a success – heading to the home of the double world champions and recovering from 1-0 down to share the spoils. Others, like Sean O’Brien, feel the Lions had history for the taking and let it slip.

END_OF_DOCUMENT_TOKEN_TO_BE_REPLACED

The final two rounds of the 2018 Six Nations proved without a doubt, though, that Ringrose should have been on the tour. He made up for lost time after an ankle injury had ruled him out of most of January and February. The 23-year-old was the best outside centre on show in the championship and had cracking games against Scotland and England.

Ringrose lit the Scots up, in Dublin, and settled Irish nerves [or those of the fans, at least] by following up Johnny Sexton’s high bomb and scoring the opening try at Twickenham.

Also included in that final day performance was his smart line to take out two English defenders right before the Jacob Stockdale try and turnover-winning strips of George Kruis and Elliot Daly. His defence was excellent all game as he chose when to absorb and when to rush the line to make an impact hit. Te’o and Jonathan Joseph were out of their depth. 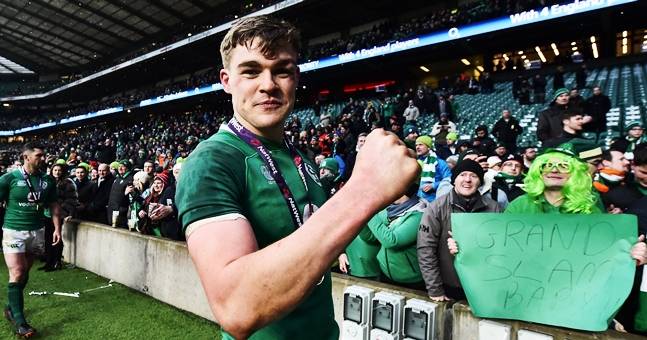 His performance showed he had no problem taking the fight to a physical side and a hefty midfield combination while retaining his attacking spark. He dished out a one-handed basketball pass at one stage to set Jordan Larmour free up the right wing.

The other 13s to come close to Ringrose in the championship were Huw Jones [brilliant against England too], Mathieu Bastareaud [power and grace] and the Irish predecessors, Robbie Henshaw and Chris Farrell. Ringrose was the best of the lot and made several end-of-championship Best XVs, including ours.

Gatland made an error in not bringing Ringrose to New Zealand last summer. We are three years out from the next Lions tour, to South Africa, but one man that has faced Ringrose and Henshaw on four occasions in the past two seasons believes they would definitely do a job.

"They front up in defence and are not afraid to have a go if they think an attack is on,” Nemani Nadolo told us last November.

"They should do well for Ireland for years to come and I think they could be the next British & Irish Lions centres. Don’t be surprised if you see that in a few years. They’re top players."

Ringrose would have excelled in New Zealand. With luck, he will get that overdue Lions chance in South Africa.