The Garry Ringrose narrative around the Lions Tour is complete bull

Barring injuries or suspensions, Ringrose is set to miss out on another Lions Tour.

Back in 2017, Garry Ringrose had to deal with missing out on the British & Irish Lions Tour to New Zealand, despite many backing him for it. Not long after announcing his squad, the Lions head coach name-checked him as a player unlucky to miss out.

Ringrose was said to be on a back-up list, but most of the centres selected made it deep into the tour before injury struck. At that stage, Gatland had already settled on selecting Welsh and Scottish players that were touring nearby.

Four years on and Gatland was mentioning Ringrose, again, as a player unlucky to miss out on selection. If someone had told you, on Wednesday night, that Jonathan Davies, Henry Slade and Manu Tuilagi were all not going to make the squad, you would have slept easy on Ringrose.

At about 12:57pm today, you would have been reading and re-reading the 37-man squad list.

On the latest House f Rugby Ireland episode [LISTEN from 1:30 below], Fergus McFadden, Eimear Considine and Ian Madigan discussed the Ringrose omission, and those of Leinster and Ireland teammates James Ryan and Johnny Sexton. 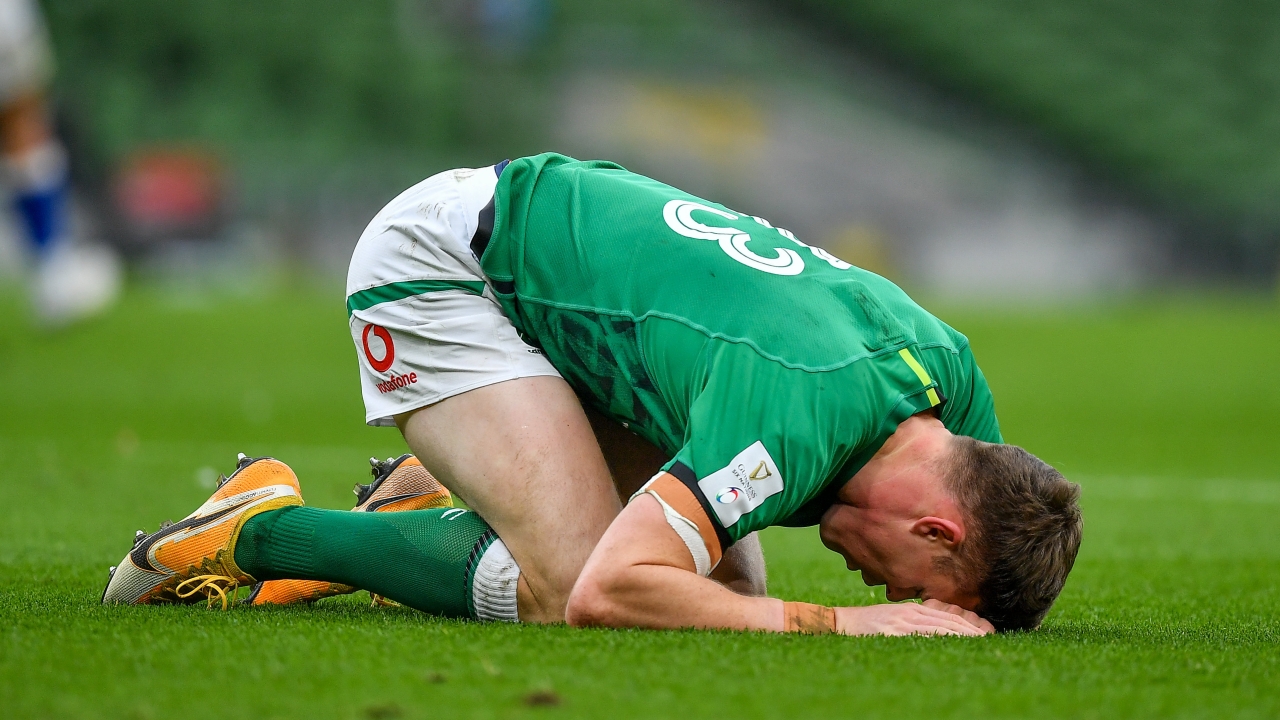 Garry Ringrose broke his jaw in October and missed out on the entire Autumn Nations Cup, in late 2020. (Credit: Sportsfile) 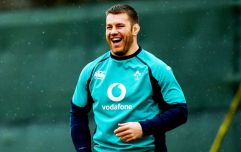 END_OF_DOCUMENT_TOKEN_TO_BE_REPLACED

The initial reaction to Garry Ringrose not making Warren Gatland's squad verged between justifiable disbelief and those, on the other side of the scale that claimed he was out of form and had not played enough.

For those that reckon Ringrose is battling with himself to get back to his best, I would suggest you just watch any game the guy plays in. He is a defensive leader for Leinster and Ireland, and yet a player that can create something from nothing.

He was the Rugby Ireland Players' Player of the Year in 2020 and was pivotal in Leinster not missing a stride to capture their third [of four] straight PRO14 title. He then broke his jaw in attempting to block a clearing kick against Italy, as the 2020 Six Nations wrapped up late.

He returned to play in a Leinster win over Northampton Saints but his jaw issues resurfaced and his next game was a league win over Munster at Thomond Park. He was reunited with Robbie Henshaw for that game and started four straight games in the Six Nations, looking good against Wales and Italy.

Real determination from Garry Ringrose to get the opening try pic.twitter.com/XeEc3thsBv

Ringrose injured his ankle in the win over the Scots and that, along with Warren Gatland looking for backline bulk, may have cost him a place on the Lions tour. Ringrose returned a fortnight ago and while he was decent, that return coincided with Leinster losing to Munster and La Rochelle.

In the fight game, they call it not letting it go to the scorecards. For Ringrose, he had secured no knock-out blows in the past two months. It would go to a decision, and the decision went against him.

"Timing an injuries were definitely a key factor in some of the Irish guys missing out," says Madigan.

"Garry hasn't had a clean run of it over the last six months. Between his ankle and breaking his jaw, he's been in and out and he hasn't had the opportunity to string together three, four, five performances on the bounce, where he's gathering momentum and people are all talking about him." 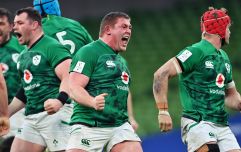 END_OF_DOCUMENT_TOKEN_TO_BE_REPLACED

Madigan, who played with Ringrose in his debut season with Leinster, the centre is a victim of the game-plan Warren Gatland will be drilling his squad on.

"If you look at the Bundee Aki selection," he says, "the guys that are most unfortunate there are Henry Slade and Garry Ringrose.

"If the tour was in Australia, Garry or Slade would definitely be going. But, because it is South Africa and their style of rugby, which is so physical, the coaches have obviously decided to go with a bit more power there. It's definitely fallen in his favour that the tour is in South Africa."

In essence, the 26-year-old has missed out because Warren Gatland has a preferred style of playing and preferred players for certain positions.

Just like Eddie Jones left out Sam Simmonds from his England squad, despite his excellent form, Ringrose misses out because Gatland is concerned about Pieter Steph du Toit and Damian De Allende making gainline all day against talented but lighter centres.

Right guy at the wrong time, and the wrong head coach.

popular
Ronaldo removes Coke, shows off the drink of champions in pre-match conference
Damien Duff bides his time before roasting the FAI with 'motivational video' comment
"They're so far ahead of where I was at 18, it's just off the charts in terms of gym and fitness tests"
"I don't know if the management know what their best 15 is" - Worrying times for Tyrone going into the championship
Can't imagine Rangers fans were happy about what Ronnie Whelan called Scotland
Christian Eriksen's first words from hospital are a credit to the man
Poor David Marshall getting lobbed by Patrik Schick gets the photoshop treatment
You may also like
2 weeks ago
Henshaw and Beirne win House of Rugby 'Player of the Season' accolades
2 weeks ago
"Everyone just didn't get why he had to do it topless!"
2 weeks ago
'Stash Vegas!' - Lions get their hands on sweet, new gear at squad meet-up
3 weeks ago
Private moment in Ireland team hotel that focused Conor Murray on Lions goal
3 weeks ago
Conor Murray took no pleasure from Ben Youngs' tough Lions call
3 weeks ago
Mako Vunipola on "sore thumb" Tadhg Furlong and their Las Vegas adventure
Next Page