We've found a vote the Scottish people are willing to get behind.

Earlier this year they voted against independence from Britain but our Celtic cousins have been so enraged by a certain South African they are now exercising their democratic right.

We're not sure how this will be policed, but Scots are voting in their thousand(s) to have Craig Joubert banned from their country after the referee's horrendous decision in the closing stages of Sunday's World Cup quarter-final.

END_OF_DOCUMENT_TOKEN_TO_BE_REPLACED

Scotland were seconds from an unlikely but thoroughly deserved semi-final spot when Joubert incorrectly adjudged their replacement prop Jon Welsh to be offside.

Bernard Foley kicked the three points which should never have been on offer as Wallaby scrum-half Nick Phipps was the last man to play the ball before Welsh.

Phipps' admission later, combined with Joubert's refusal to consult with his touch judge and sprint down the tunnel after he blew the final whistle, left the Scottish team, and nation, a quivering mass of rage.

There's already a petition to ban the referee from Scotland. #AsOne https://t.co/jORwdukWau pic.twitter.com/VZIws5h8iA

It is not just the internet masses who were left fuming however. Scotland's former Lions captain Gavin Hastings said he was "disgusted" with Joubert, whose error cost Scotland a place in next Sunday's semi-final against Argentina. 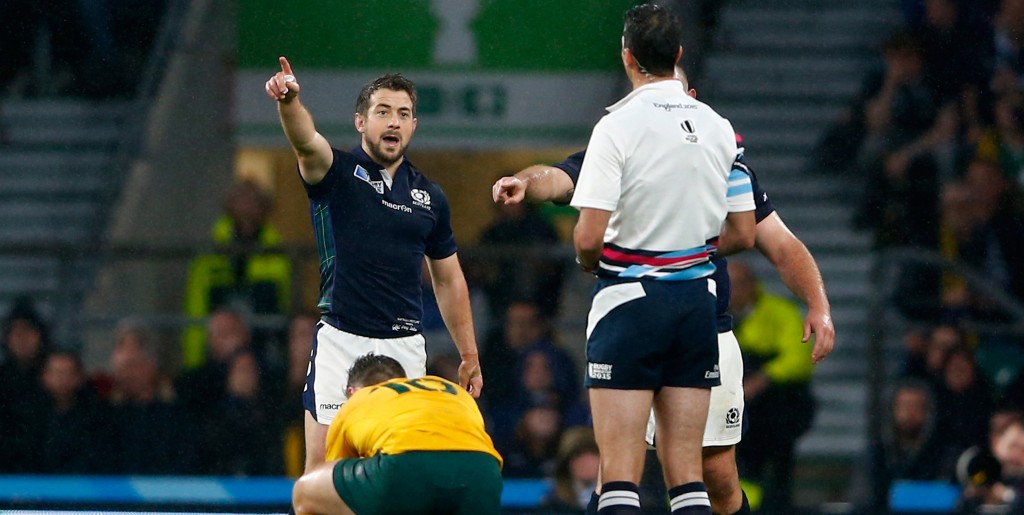 "It’s a tragedy for Scotland," said Hastings. "It’s a bit of a tragedy for rugby. If I see referee Craig Joubert again, I’m going to tell him how disgusted I am. It was disgraceful that he ran straight off the pitch at the end like that.

"The referee is not expected to make the right decision all the time. That’s what the TMO system is in place for. This is the quarter-final of a World Cup. This is the highest end of our sport and they have to get these decisions right." 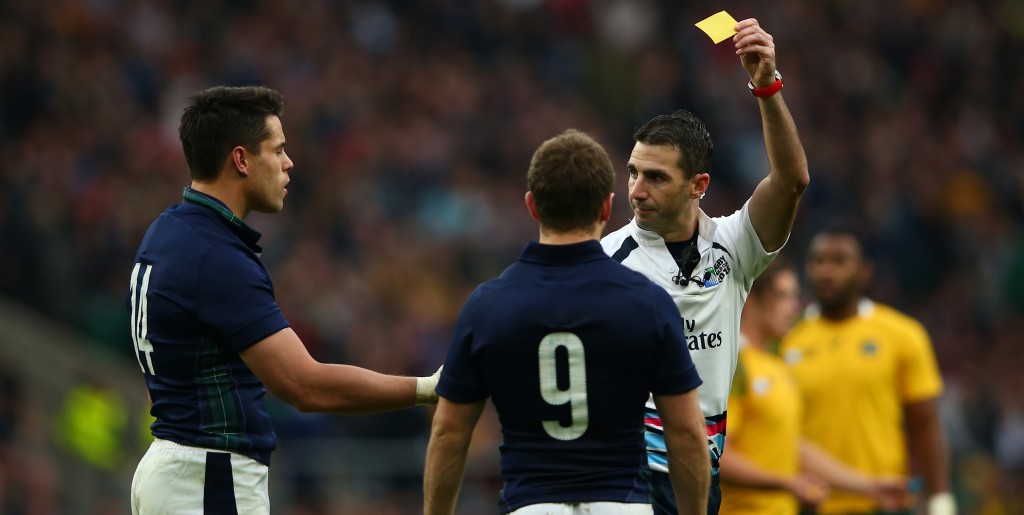 World Cup rules state that Joubert could not consult the TMO for the final, fatal decision, but his failure to consult his touch judges, plus the harsh first-half sin-binning of Sean Maitland, left him facing the ire of rugby fans across the globe (bar Australia) this morning.

They seek him here,
they seek here there, cheating ref Craig Joubert.......

I hear, Craig Joubert has applied to NASA for one of those one way trips to Mars


popular
Man United could be blocked from playing in the Champions League next season
Ireland team vs. France: Form players rewarded and a welcome return
Eight players to watch in tonight's Sigerson Cup semi-finals
French media's opinion of this Ireland team becomes clear as vital clash nears
Clive Woodward happy to 'eat humble pie' after bold comments about Ireland
Lionel Messi makes decision on Barcelona return
"I should have been more mature" - O'Sullivan's injury trail a cautionary tale for Sigerson casualties
You may also like
3 years ago
"It was a complete and utter shock when Joe's name came up on my phone" - Devin Toner
3 years ago
Sinckler a stand-out, but more consistency needed - Flannery
3 years ago
"We haven't got a long-term or short-term estimate of when Joey is back" - Stephen Larkham
3 years ago
House of Rugby team agree on seven players in World Cup 'Best XV'
3 years ago
Pieter Steph Du Toit locks down World Player of the Year award
3 years ago
Kyle Sinckler knocked out by Maro Itoje elbow after only two minutes
Next Page